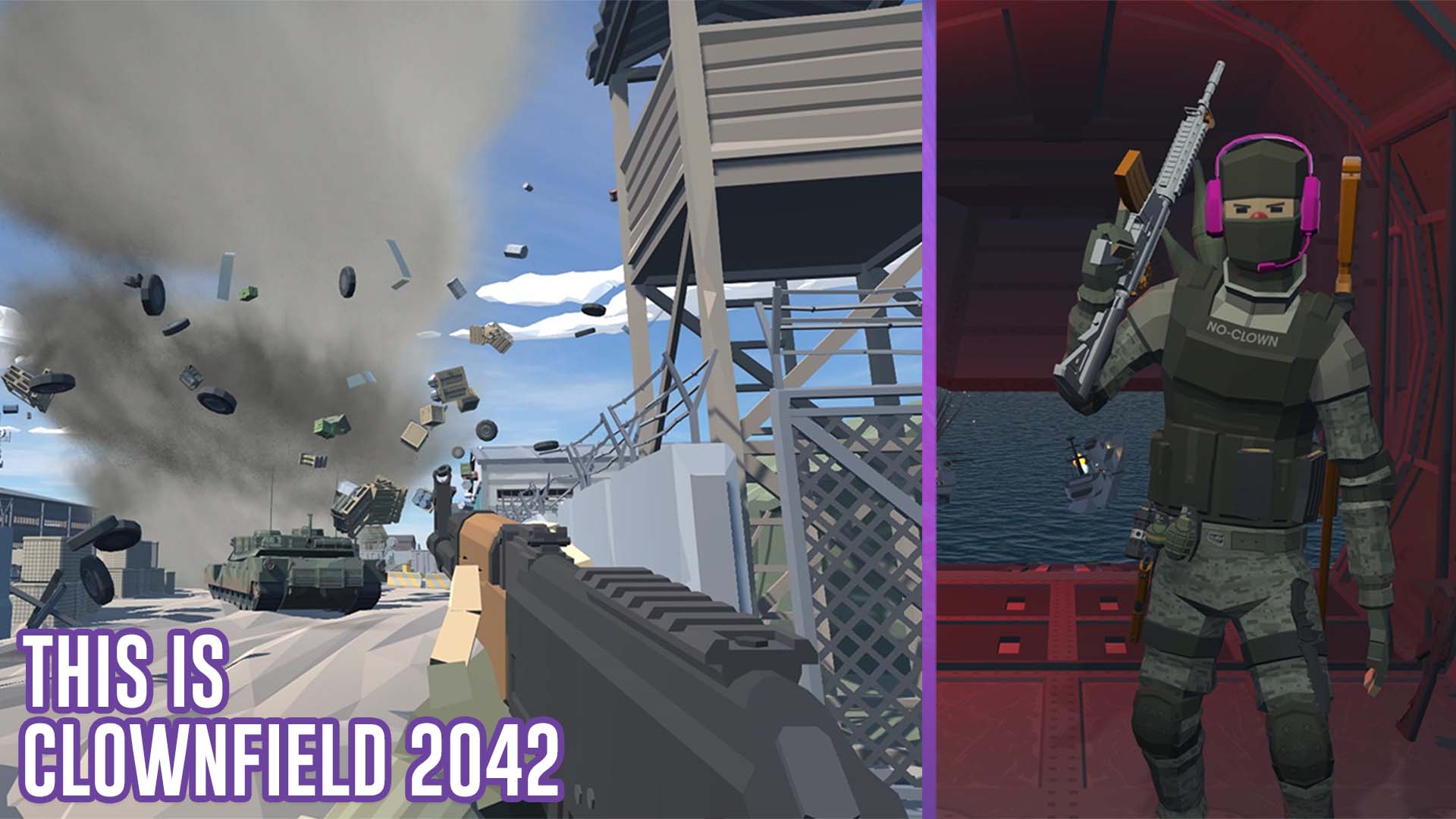 A new indie game called ‘Clownfield 2042’ is poking fun at the awful launch of Battlefield 2042, and it actually looks like a lot of fun.

It’s not exactly news at this point that Battlefield 2042 could have launched in a better state. DICE has released a roadmap to fix some of the game’s biggest issues. However, with a live service that’s not due to begin for another three months, things aren’t exactly looking up for the esteemed shooter.

Fans aren’t best pleased, either. That’s likely where this indie game has arisen from with the upcoming Steam title having several jabs at the EA’s latest venture. The description reads: “Clownfield 2042 is an FPS where you take a role of unique soldier, equipped with six weapons that has to fight enemy and win the front. After 2022 cryptocrash caused by NFT’s, majority of nations collapsed and a union of “No-Clowns” has been formed. You are one of them, arm up and get ready for war.”

A gameplay trailer shows off some of the action that we can expect. A low-poly art style sets the scene for what appears to be quite basic gameplay. The six weapons include an assault rifle and RPG, the latter of which can be seen firing against enemy armoured vehicles.

There’s a nod to Battlefield with a tornado that rolls in and completely destroys the map. For a game that’s seemingly been developed in the last month or so, it’s actually rather impressive. There seems to be a good amount of destruction, too – potentially more so than there is in Battlefield 2042.

In total, the Clownfield 2042 will include three maps, six weapons, and three game modes at launch. There’s even an AI system that is described as ‘basic but good enough’. The developer warns that there will be plenty of bugs at launch. However, it jokes that, “instead of fixing them, we’ll just release some new skins“. This is a nod to the Santa skin that caused outrage among Battlefield 2042 fans earlier this month.

Clownfield 2042 will release on Steam on December 31st. Will you be giving the game a try? let us know across our social channels.