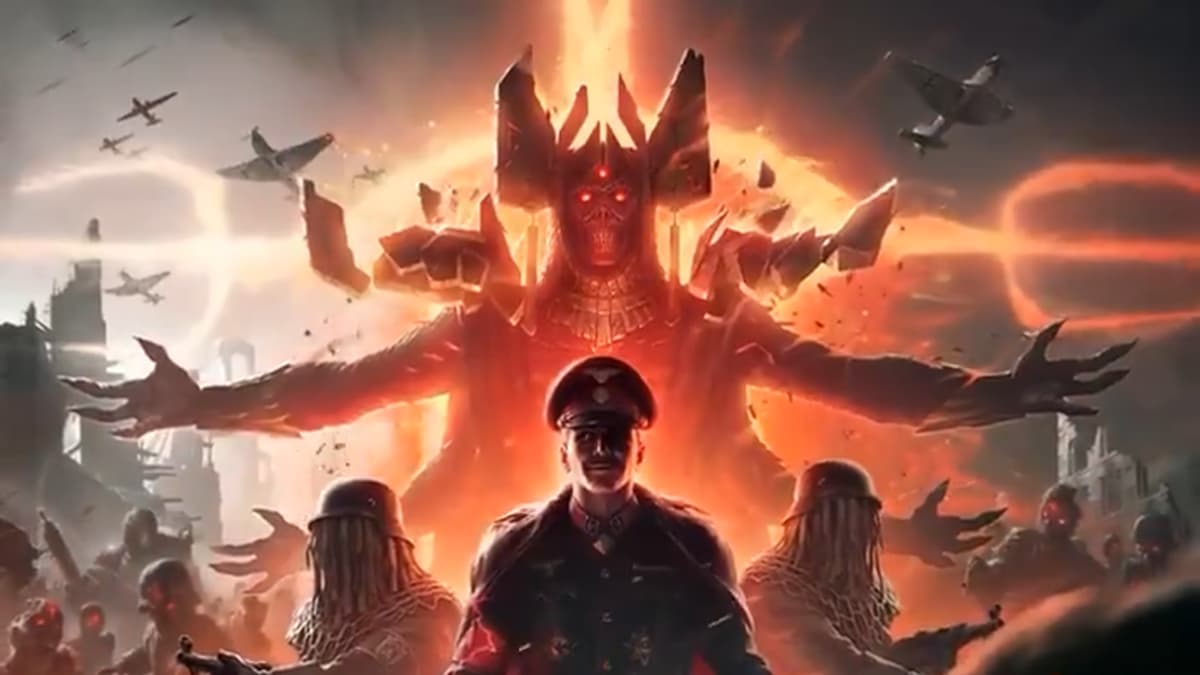 Call of Duty Vanguard Zombies will be announced tomorrow, giving us our first glimpse at the Treyarch-led mode.

In the eyes of fans, Treyarch has always been the zombies studio for Call of Duty. However, Vanguard will mark the first time the studio has developed the mode independent of the base game. It is a collaborative effort from Activision as Sledgehammer takes on the campaign and multiplayer, and Raven Software takes Warzone.

Now that we are just weeks away from the launch, Call of Duty Vanguard Zombies is ready to show its face. Activision has announced that a full reveal will arrive tomorrow (that’s October 14th).

At this point, we know very little about the new zombies mode. However, it will act as a continuation of the Dark Aether storyline which launched with Cold War zombies. That means the battle between Omega Group and Requiem will endure. We saw the first act of this story wrap up thanks to the Season Six update of Cold War. A new map ‘Forsaken’ lured players in with its most diverse looking setting yet.

I was a massive fan of the stripped back feel of Cold War’s zombies, particularly on the Die Maschine map. However, it doesn’t quite look like subtlety will be at the forefront. A short snippet release by Sledgehammer games on Twitter reveals a giant demon-looking creature.

Will it bring more of a Shadows of Evil vibe back to the fray? Personally, I’d hope not. For the zombie nuts out there, this may be a good indicator. I’d also love to see a complete recreation of the original map ‘Nacht Der Untoten’. The OG Zombies map was recently found in a Forsaken easter egg.

The reveal of Call of Duty Vanguard Zombies will be going toe-to-toe with the Battlefield 2042 Hazard Zone reveal. You can catch either reveal at 4PM BST. That’s the competitive spirit right there.

Are you excited for this next stage of zombies content? Let us know over on our social channels!