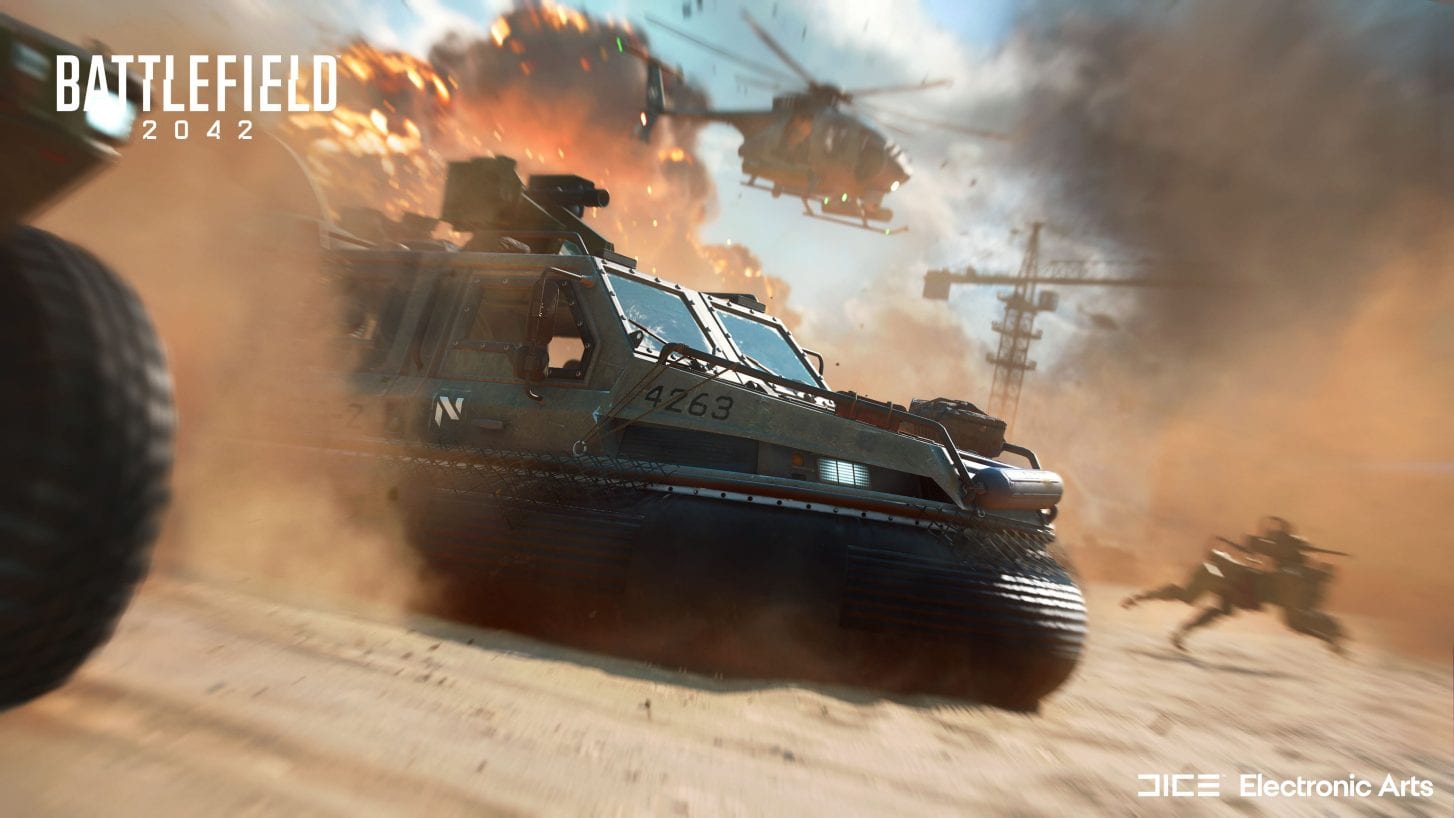 With less than five week till launch, EA is finally about to unveil Battlefield 2042’s Hazard Zone as it schedules a reveal trailer.

After a tumultuous beta, opinions on Battlefield 2042 have been a mixed bag. From EA’s Easy Anti-Cheat being hacked to rumours of the beta being ‘months old‘. It’s safe to say Battlefield’s run-up to release hasn’t been the best. However, 2042 has another big hitter to sway its sceptical community.

EA announced that Battlefield 2042’s Hazard Zone will be revealed on October 14th. This is the third pillar of the game’s content and potentially the most ambitious of the lot.

HAZARD ZONE MAY WIN FANS BACK

Joining Battlefield 2042’s Hazard Zone is Portal and multiplayer. A lot of attention has been diverted towards the enormous player counts in the multiplayer. And Portal has some serious potential to become a fan-favourite game mode. However, Hazard Zone is the dark horse of the upcoming shooter.

The Battlefield franchise has dabbled in battle royale with Firestorm, but we all know how that turned out. I think there was a good BR in Firestorm, but EA didn’t give it the time or support it needed to thrive.

Luckily, we don’t have long to wait as the Battlefield 2042 Hazard Zone reveal will go live at 4PM on the 14th. There’s already a brief teaser in its place at the moment, but you can’t really take much from it. Make sure to check back here for our full rundown of Hazard Zone after the reveal.

Are you excited for Battlefield 2042’s Hazard Zone? Let us know over on our social channels!