The trailer shows off some surprisingly high production values for the adult film. The trailer could even pass as a low-budget live-action trailer of the game itself. Albeit with naked people running around shooting fake weapons that is.

The film stars adult actors Jasmine Jae, Stella Cox and Monique Alexander. The actors play characters in the fictional ZZ military group. They aim to save their comrade, Danny D from the hands of the enemy. 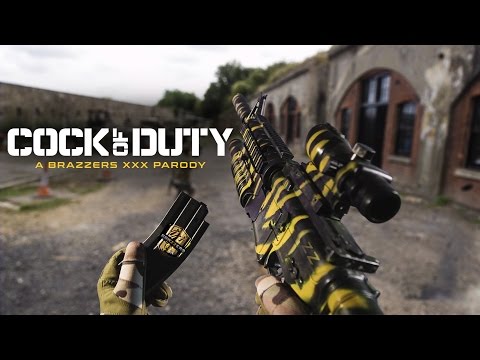