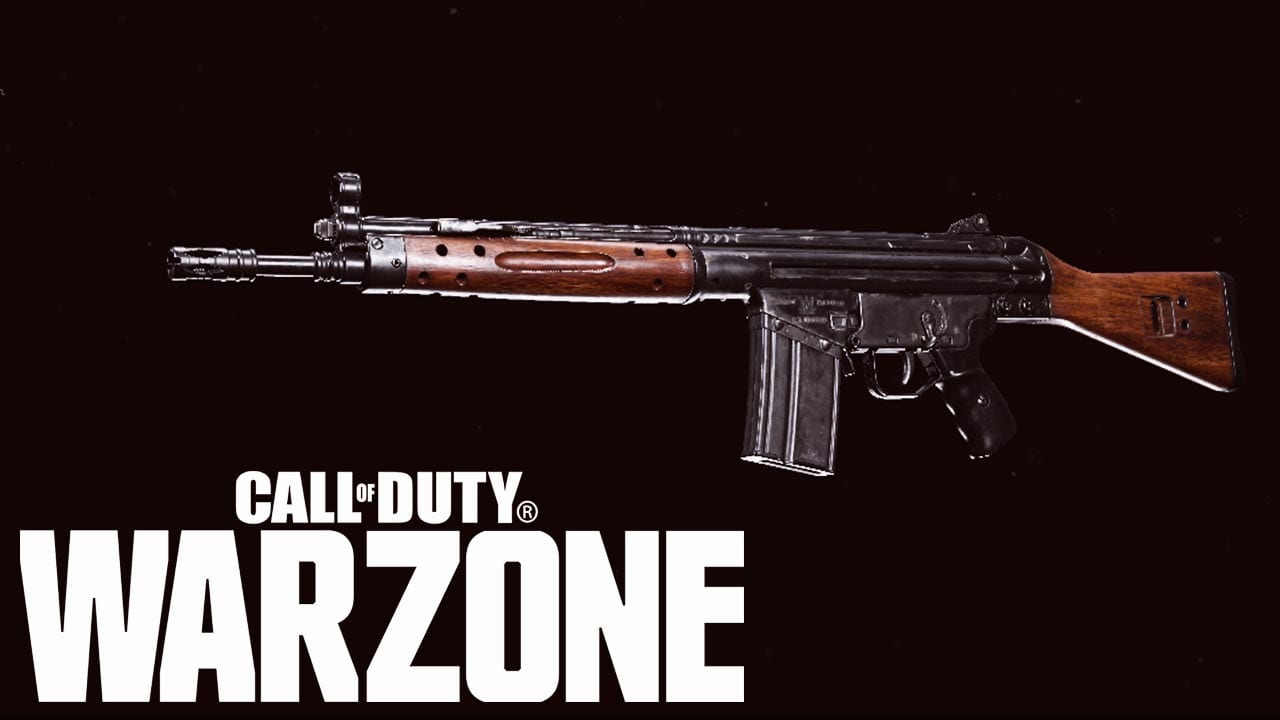 Warzone Season 4 introduced yet another Assault Rifle into the weapon pool, the C58, and it’s absolute monster at long range.

Also arriving in Black Ops: Cold War at the same time, the C58 has managed to slip under the radar of most players. That might partly be because it’s unlockable much later in the battle pass at tier 30. You’ll need to have played at least a few hours of the new Call of Duty season to add this to your arsenal.

But how does it stack up against the rest of the arsenal? Here’s a breakdown of the C58 assault rifle in Warzone.

How does it stack up?

From the second you equip the C58 in your hands, you’ll realise it takes a while to get used to. Unlike a lot of the other assault rifles in Call of Duty, the C58 can’t just be sprayed full-auto for it to be effective.

The first shot recoil is mega, kicking the weapon up in the air like a mule. It’s actually almost beneficial to aim for a low body shot when firing at a distance and hoping that the recoil will carry the sights up to the head.

It wasn’t always this bad, but Raven Software clearly thought that the weapon needed a minor nerf. The recoil was increased ever so slightly in the recent June 30th patch.

The weapon makes up for its violent recoil and slow rate of fire with an equally large damage output. Shots to the head will deal a whopping 59 damage, or 44 to the chest. That’s potentially a two-bullet kill, provided you can control the recoil properly.

Let’s take a look at which attachments we can equip to help bring this unruly weapon under control.

You’ll be playing for a while to unlock the Agency Suppressor, but it’s worth it. Outclassing all of the other suppressors by a longshot, this should help push down that vertical recoil a tad. There’s also a welcome boost to the bullet velocity and damage range, meaning you can keep delivering those two-shot kills at longer ranges. Whack on a couple of weapon XP boosts and you’ll have it unlocked in no time.

Just like the Agency Suppressor, the 18.5” Task Force barrel attachment will help to bump up that bullet velocity. Again, this suppressor also provides a boost to the effective damage range, so you can keep dealing heavy hits at several arms lengths.

An optic is totally up to you, but since we’re building this weapon out to be effective at range, you might want to equip either a 3x Axial Arms or something else with high magnification. Alternatively, if you’ve got 20/20 vision, you could opt for something else that will help you reign in the weapon.

The Field Agent Grip is a must have item for this weapon thanks to how it smooths out recoil. Knockback in both the vertical and horizontal directions should see an improvement – exactly what you want when the weapon is tricky to control in the first place. The firing and ADS movement speed take a hit, but that shouldn’t bother you too much in the heat of Warzone battles.

Last up is the STANAG 55 Rnd. This is just to give you that extra ammo boost for when bullets are hard to come by.

We’ve established a tried and tested Warzone equipment and perks strategy by now, and it seems to be holding up. Used in our MG82 loadout guide and our DMR 14 guide, we’ve had no complaints yet.

So, here’re the perks and equipment that will get you well on your way to earning a Warzone Victory with the C58:

Have you had a chance to try out the C58 in Warzone yet? Let us know how you’re finding it across our social channels.