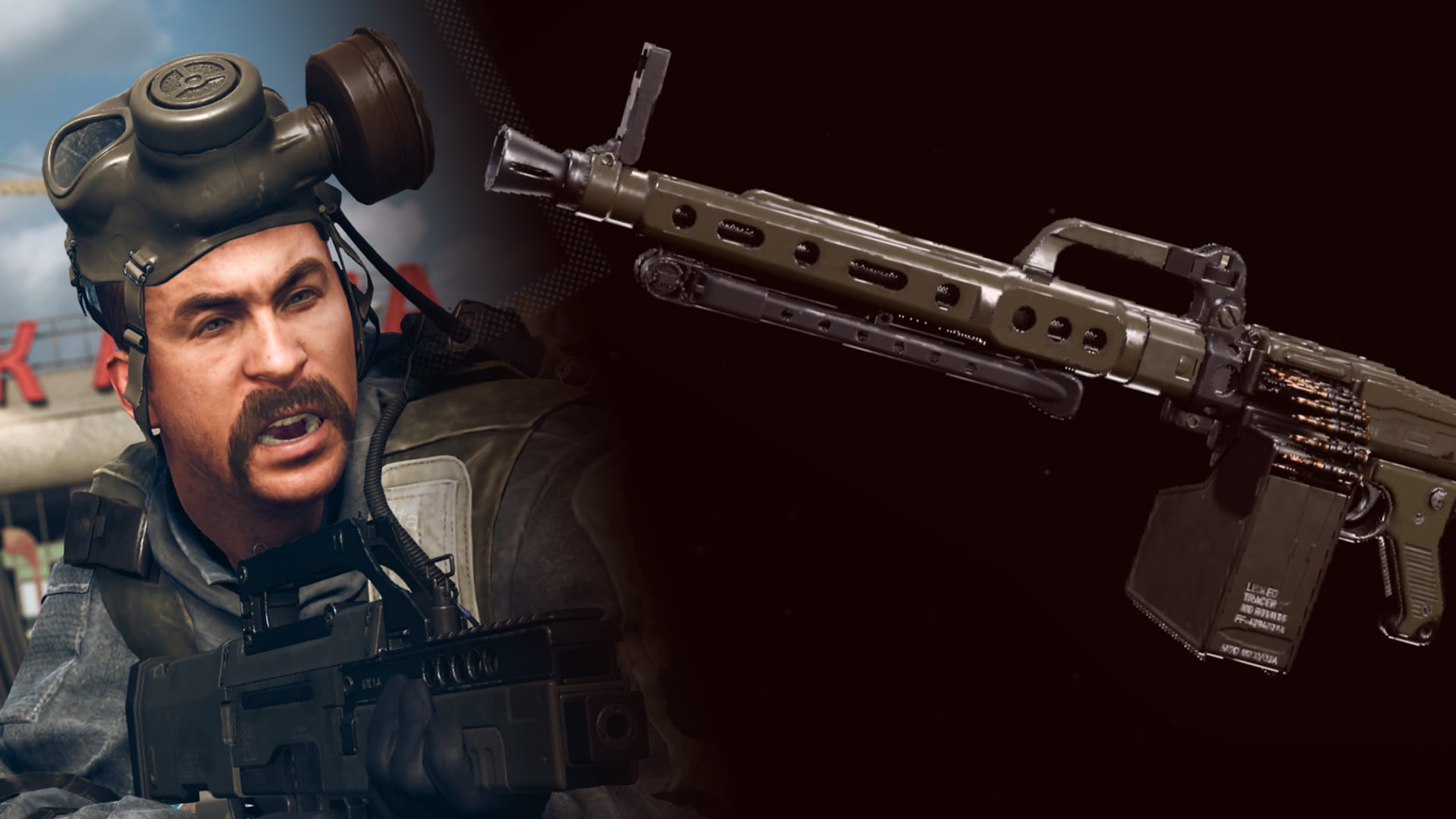 The latest LMG to arrive in Warzone Season 4, the MG82, has been the centre of the community’s conversation this week. After releasing for only a short period, the new LMG has already been nerfed after less than a week in the live game.

Let’s see just how the MG82 stacks up against the other weapons in the Warzone meta and whether you should be using it in matches.

In short? Very. With a fire rate of 916 rounds per minute, it was the second fastest firing weapon in its class, only outstripped by the Adverse FiNN LMG which can fire at 1000 rounds per minute.

It didn’t deal exceptional amounts of damage, but it was enough to make it lethal. 33 damage to the torso is a four bullet kill. Combined with the high rate of fire, the MG82 was capable of taking out enemies in 478ms. That’s the fastest time to kill of any LMG, beating out the MG34 by 20ms.

It’s no wonder that Raven Software saw reason to rein it back in a touch.

How does the MG82 fair now?

Since Raven has taken a look at the weapon, it now falls much closer in line with the other weapons of its class. The maximum damage has fallen to 29, making it still a four bullet kill, but you’ll need to be much more consistent with your shots. Minimum damage has also decreased to 27.

It’s now much less effective at range, too. The MG82 has been slapped with a 20% maximum range reduction across the board. All of the multipliers have seen a decrease, too. Headshots now only count for 1.2x instead of 1.3x. Upper chest shots have gone from a 1.1x multiplier to 1x, and extremities now count for 0.9x instead of the previous 1x.

To top it all off, the vertical and horizontal recoil have both been increased to make the MG82 harder to handle.

Raven accompanied these changes with a short statement:

“We had envisioned the MG 82 (BOCW) as a short to mid-range Light Machine Gun given its relatively fast handling, mobility, and rate of fire. However, it also retained many powerful LMG traits like damage profile, bullet velocity, and magazine size all while having negligible recoil. These factors in combination created one of the most dominant weapons to land in Verdansk.”

The studio adds that, while the changes seem drastic, the MG82 hasn’t been nerfed to the point where it’s unusable. The damage numbers and rate of fire is still top of its class and should still pack a punch on the streets of Verdansk.

Which attachments should you run it with?

The MG82 drops fairly regularly in the loot pool of Verdansk ‘84, but you’ll want to equip it in a loadout to get the most out of it. It unlocks at level 15 of the new battle pass and is free for all players. Once you unlock it, it’s worth grinding it out with some weapon XP tokens to unlock the higher tier attachments – they’ll come in handy for keeping this beast under control.

Here’s the build we recommend:

As always, you’re going to want to equip a suppressor – it’s practically the baseline standard for any loadout in Warzone, especially so with the MG82. You want to keep yourself off that minimap if at all possible. Not only that, but it makes it much harder for even skilled players to pin-point your location while shooting suppressed.

To combat the nerfs to bullet velocity, we’ve opted for the 17.1” Match Grade barrel. It’ll help bump up that bullet speed and damage range. Just watch out for its malignant affects on the recoil.

Optic choices are totally up to you. This weapon can hold its own at medium ranges especially well, but any of the weapon scopes will suit you fine. You could even run it iron sights and equip something else to bump the handling stats up further, if you like.

The Field Agent Grip will help to rein in that recoil a touch. This attachment is essential, given that some of our other additions to the weapon hinder its kickback quite significantly.

Round it all off with a Fast Mag and you’re good to go. With so many rounds in the magazine, you shouldn’t be reloading much. That said, you don’t want to get caught with your pants down at the least opportune moment.

How about perks and equipment?

This one’s down to you. Much of the perks and equipment from our other loadout guides will fit in nicely here.

Some of our favourite perks include the EOD, Overkill, and Amped. Take a close range SMG or a longer range sniper rifle alongside the MG82 and you’ll be thankful for the faster reload times that Amped grants.

EOD is just there as a get out of jail free card for when the grenades start flying. I can’t tell you how many times that perk has saved my bacon recently.

Semtex grenades are another personal favourite – I’m not a fan of how Frags tend to roll away from enemies. Having a grenade that sticks exactly where you aim it is a godsend in my books. And of course, you can’t venture anywhere in Verdansk without a trusty Heartbeat Sensor. Whip this out when entering a building and it’ll root out most pesky opponents playing hide and seek.

Have you been using the MG82 in Warzone this week? What do you think about the nerfs? Let us know across our social channels.