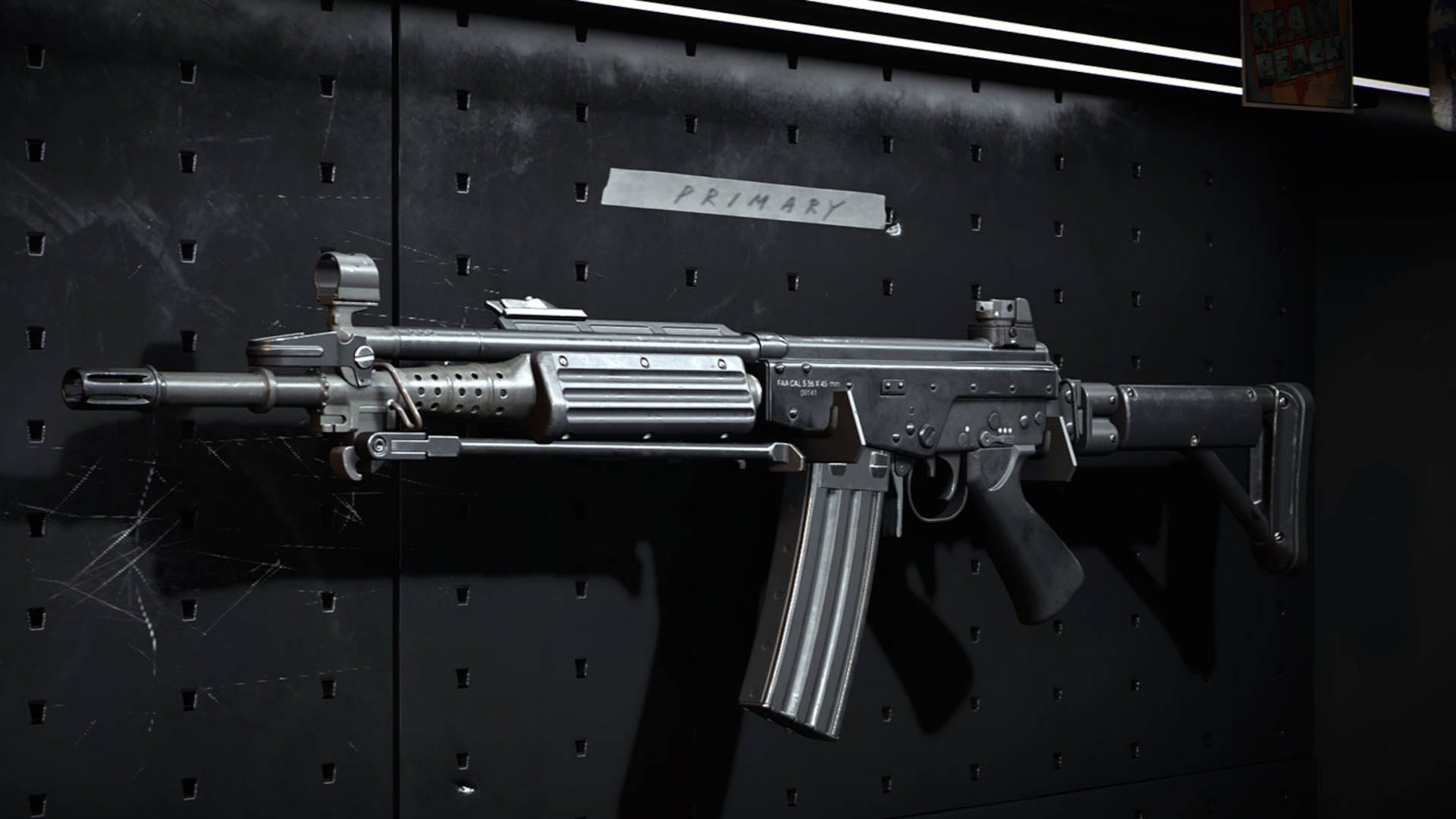 Two weeks into Warzone Season 3 and we’re yet to see any sort of ‘God Gun’ emerge from the pile as a head above its peers. The FFAR 1 may have dominated Season 2, but there’s little coming forward to take its crown.

That’s probably for the best. It at least shows that Warzone is in somewhat of a good place with its weapon balancing. The vast majority of weapons in the loot pool are competitive in the right situation and in the hands of the right player.

This guide will walk you through how to set up a jack-of-all-trades loadout for at least a fighting chance of a Warzone Victory.

As the Kar98k hasn’t seen much of a change in recent patches, it remains one of the strongest marksman rifles of the bunch. With a wicked fast bullet velocity, minimal bullet-drop and quick ADS [aim down sight] time, it’s the perfect option for on-the-go sniping. Since it’s best to constantly keep on the move in Warzone, that makes the Kar98k an ideal choice.

Here’s a list of everything you should be equipping it with:

The Sniper Scope will leave you visible to distant enemies, no thanks to the visible glint, but you’ll need the range for the weapon to be most effective. If you feel like you have superhuman eyesight then, by all means, change this one out for something that suits your preference.

The suppressor choice is a no brainer. You want to remain hidden on the minimap, and the Monolithic Suppressor does that while extending the effective range of the weapon. I’m not sure if that’s exactly how suppressors work in the real world, but we’ll suspend our disbelief if it nets us some extra kills.

Another no brainer is the Tac Laser. This attachment will significantly boost your ADS speed – handy for those quick-scopes or reaction flicks. Since you should be using this weapon at long ranges anyway, it’s unlikely that the glowing laser will give away your position.

For those long-range sniper battles, the Singuard Custom 27.6” will give you the bullet velocity edge. It’ll drastically increase the speed of your bullets, meaning you’ll have to do much less leading on moving targets. This one will require the highest weapon level of all the attachments on this list. Give multiplayer a try if you’re struggling to level the weapon up quickly in Warzone.

Our FTAC Sport Comb stock choice will further bump up that ADS speed along with the Tac Laser. All of this is to create a marksman rifle that’s incredibly versatile while on the move: capable at long range but viable in a pinch at close quarters.

Introduced in Season 2 of Warzone, the FARA 83 has become a nifty little assault rifle that packs a surprising punch in its shots. A high rate of fire combined with decent damage output makes this an ideal companion to the Kar98k. Use the marksman rifle for the long-range engagements, switch to this for anything closer.

Whack on these attachments and you’re on to a winner:

Just the same as the Kar98k, you want your position to be concealed as much as possible. For that reason, we’ve gone with the GRU Suppressor. This nifty trinket will keep you off the minimap while also providing a little extra control in the recoil department. It will slightly hurt the bullet velocity and the effective damage range, but if you’re using this at closer quarters then it shouldn’t be too much of an issue.

The 14.8” Ultralight barrel provides a modest boost to your strafing speed. Again, this is perfect for some added mobility while engaging enemies up close. Be sure to A/D spam or rotate your controller movement stick while firing to make it harder for your opponents to best you.

For even more mobility, whack on the KGB Skeletal Stock. This will provide a huge boost to your aim walking speed, letting you fire while maintaining movement.

Though it’ll slightly counteract the boosts made to your movement speed while aiming, the gains in recoil control are vast with the Spetsnaz Field Grip. If you’re already accurate with your shots, this attachment will make the FARA 83 feel like a laser beam in your hands.

The Spetsnaz 50 Rnd is there to give you a bullet buffer in case you miss some shots. If you think you can do a good job of managing your ammo output, then the 40 Rnd Speed Mag might be to your preference. It’ll give you a few extra rounds while also boosting your reload speed.

With a loadout carrying two primary weapons, our choice of perks is pretty much forced:

Overkill and Amped are obvious choices for a class with two weapons ideal for different ranges. Overkill is necessary to be able to equip two primary weapons in the first place. Amped is a godsend for when you need to quickly switch from the Kar98k to the FARA 83 in a close-quarters ambush. The reload speed buff to both weapons doesn’t hurt, either.

We’ve chosen the EOD perk because it helps the most when s**t hits the proverbial fan. When the grenades start flying or, god forbid, some clever clogs comes at you with an RPG, the reduced explosion damage often means the difference between life and death.

The lethal choice is really down to personal preference. My favourite is the Semtex because I find nothing more satisfying than looking an enemy in the eyes when they know they’ve been stuck. The ensuing hot-mic is always the day’s highlight.

A Heartbeat Sensor is for those times when you’re not quite sure if you heard footsteps or not. If the enemy isn’t using the Ghost perk, then this will either put all of your worries to rest or confirm them. Stay one step ahead of enemies who think they’ve got the drop on you. Don’t be afraid to whip it out when things seem too quiet.

Season 3 is just beginning, so it’s likely that other weapons may become more viable than this one as time progresses. Check back on our site for future loadout suggestions.

Why not give this loadout a try and let us know how it goes across our social channels?