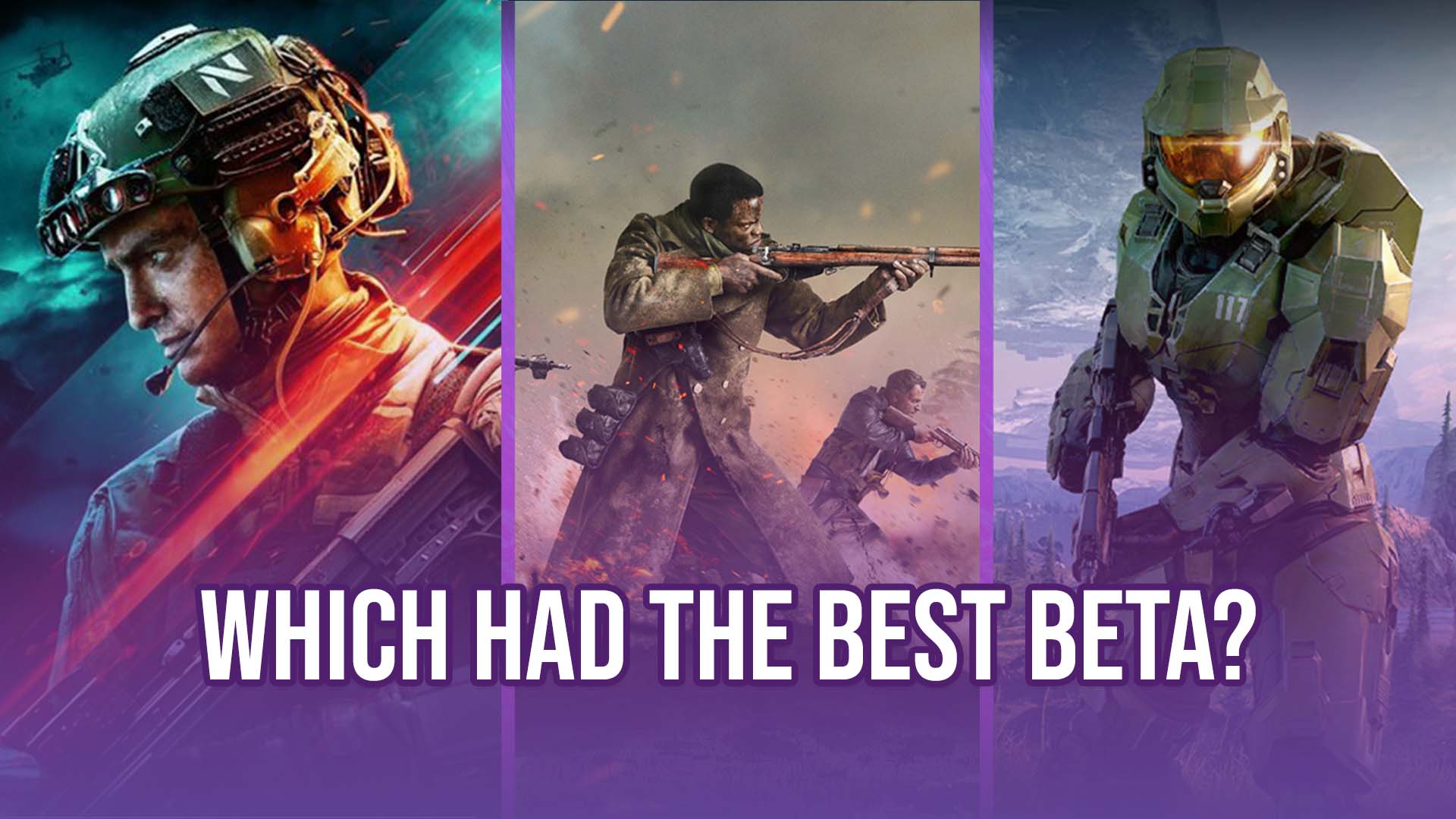 Halo Infinite, Call of Duty Vanguard and Battlefield 2042 have finished their respective betas. So gamers are debating which had the best beta.

Beta season has come to an end as the releases of the biggest shooters are all within two months. And while Vanguard, Battlefield 2042, and Halo Infinite were all highly-anticipated, recent betas have allowed for more informed opinion on them.

Of course, there are a variety of biases towards certain franchises as always. However, now that we’ve all had some hands-on, many gamers are stressing their definitive rankings. It’s seems its time to ask the question: which had the best beta?

WHICH HAD THE BEST BETA?

Various industry insiders such as @ModernWarzone and Tom Henderson have been giving their impressions on the betas. And the votes seem to indicate that Halo Infinite stood victorious. @ModernWarzone claimed that Halo Infinite held the top spot, with Battlefield 2042 having the worst. This of course lit the fires of the fandoms. Diving into the comments – which is always fun… – most seem to disagree with 2042’s ranking place.

Admittedly, I’d have to say that while 2042 was a buggy mess for its closed beta, it cleaned up its act for the open beta. The beta was reportedly based off of a build that was “months old”. But with operators, giant maps, and weather effects, there was a lot more to experiment with. The beta did feel the least polished out of all betas, and I agree with Tom Henderson’s comments that it needed more time “in the oven”. Here’s hoping he time they have can fix their Easy Anti-Cheat which has already been hacked.

Halo on the other hand was a blast to play. From its regular deathmatch to Big Team Battles there was a lot to enjoy. And THAT GRAPPLE HOOK!!! Grapple hooks in all the games please. While there are rumours of Infinite launching with just its multiplayer, I’d honestly be content with that for a while. It’s just so fun.

Call of Duty Vanguard had a solid beta, and its new mode Champion Hill was a serious highlight. But while Infinite and 2042 are meshing old and new, Vanguard just feels like more of the same. Streamer Shroud wasn’t kind with the beta, claiming that it felt like a “very early build”. I can’t say I entirely agree, considering the state of 2042.

If I had to rank the betas I would place Halo at the top, Battlefield 2042 in second and Vanguard last. I enjoyed all three, and I’m looking forward to their launches. Here’s hoping that most of the issues can be addressed in time for launch. Regardless however, each game feels like a solid offering, even if they may take a while to get to a good spot.

Which game do you think had the best beta? Let us know over on our social channels!