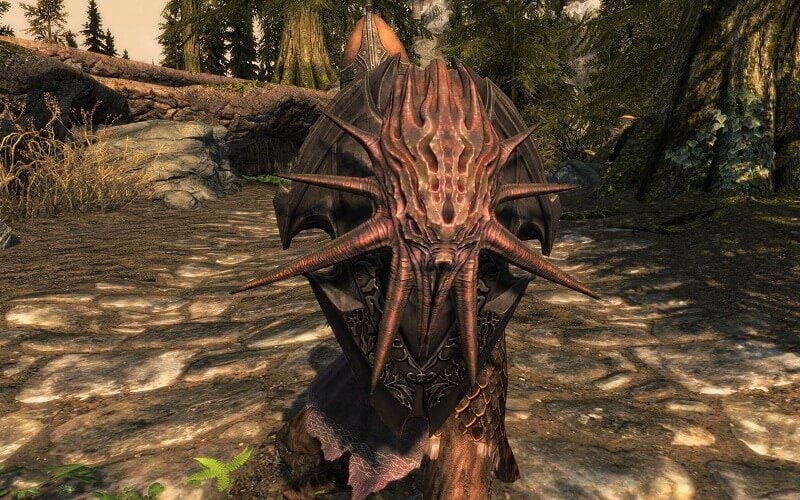 A modder named Ignus Teras has shared a host of images that throws light on some mods that he tried to create but failed miserably at and as a result threw in the bin.

Although, not launch ready or functional as visioned, these mods do make for a frightening look at how modding can go terribly wrong. Take a look at the images below.

He tried to frame a seeker’s head into a shield and to much of a surprise it worked. The result however is not impressive.

How To Make A Goat Hammer

Here, he tried to make a hammer by using a dead goat head. He fixed the head of the dead goat on a stick and the hammer was ready to be used.

He was trying to edit the file when the goat hammer got stuck to the character’s feet. This certainly looks like surfboard and he calls it Goatsurfboard.

He tried to turn a part of storm atronach into a hat and failed miserably. The result is really horrible.

Neither did this work. I’ll surely get nightmares about this.

At least he can wield the axe

Doesn’t do much to make us ignore how ugly this looks though.

This is just weird

What is it that he’s holding?

Atleast the armor can be worn

Doesn’t make for a pretty sight though.

What in the world is this thing?

Modding is fun but not every modding project turns out to be good and this is just a small example of it. Let that be a lesson for all the modders out there.