Another day another game pumping up its graphics thanks to the unreal engine. Today’s test subject; World of Warcraft.

Let’s be honest here; the game doesn’t look good as it used to. Released in 2004 and generating over $10 billion in revenue along with over 100 million registered accounts is impressive. However, this doesn’t seem to be enough incentive for the developer, Blizzard Entertainment, to want to upgrade the graphical side of things.

At the time it looked fantastic but after 12 years of the same thing it’s clear the game will get mudane (visually). Wouldn’t it be great to see Azeroth with updated models, textures, environments and lighting effects?

Well, Daniel L. on youtube has it under control. It’s a beautiful glimpse into an updated take on Blizzard’s long-running MMO. Everything – the lighting, the atmosphere, that eerie fog – simply looks amazing in Unreal Engine 4:

What’s amazing about this is that it’s only an in-progress build so there’s much more to be served. This isn’t the first time Daniel has recreated famous World of Warcraft zones in the unreal engine 4. He’s also behind the updated versions of Elwynn Forest, Westfall and Goldshire, just to name a few. Seeing as World of Warcraft has always been absolutely massive – and is only getting bigger, thanks to expansions – it would be nearly impossible for Daniel to recreate the entirety of Azeroth, but when the builds all look this good, it’s hard not to hope for an Unreal Engine version of the game.

Here is the video: 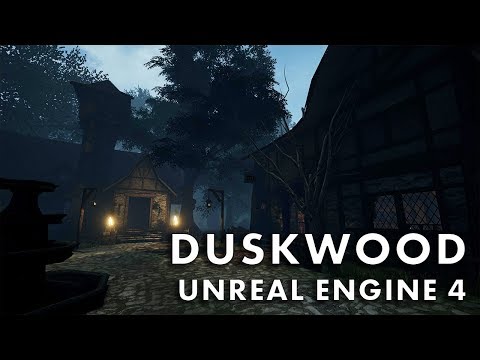 Whether you like World of Warcraft or not isn’t the only point here. All these unreal engine videos demonstrate how passionate and persistent the gaming community is. Traits that only strengthen the development of the industry and pushes for better games. Hopefully, Blizzard (and companies in a similar situation) will take these kind of acts from the community on board and add them to their games in the future.