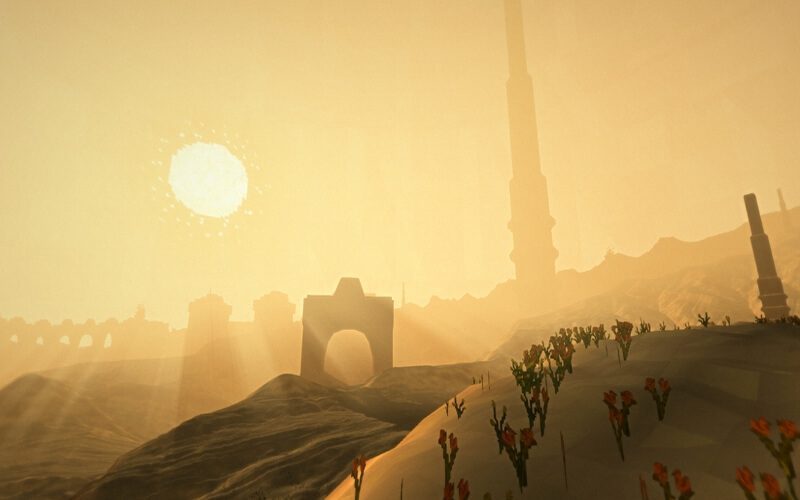 Now, we all enjoy playing the huge, extremely polished triple A titles like Call of Duty, Assassin’s Creed and Grand Theft Auto.

Sometimes though, its nice to see what titles smaller studio’s have to offer, and to try something a little different. This list gives a variety of indie games for every type of player, all of which are definitely worth checking out.

Best of all? They’re all completely free.

In TIMEframe, you explore the last 10 seconds of the remnants of a civilisation before its inevitable destruction. These 10 seconds are slowed to last 10 minutes, much like how that hour-long English class was slowed to last an eternity.

Unlike that class however, TIMEframe offers a beautiful and detailed world to explore in that duration. Each time those 10 seconds are up, time loops, and you begin at your starting point, free to explore in a new direction.

The game remembers where you’ve been and what you’ve seen, and there is a subtle story to piece together as you adventure. Definitely one to try out if you enjoyed Journey.

In Naut, you play as an astronaut on the surface of Mars. The game is basically a gigantic pink sandbox, and you’re free to travel and explore as you desire.  You can do this on foot or by car, and the stunning visuals found in the game encourage exploration greatly.

There’s also a truly epic soundtrack, and there’s even the option of co-op play, so you and a friend can make stylised doughnuts on the surface of the Red planet together.

It’s certainly quirky, but it’s more than worth your time.

Where Is My Hammer?

If you’re one of those gamers who are all about destructible videogame environments, then you’re in for a treat. In “Where Is My Hammer?”, you grab said implement of smashing, and get to it. EVERYTHING can be destroyed. If you can see it, you can smash it.

This one’s extra good for working out any of those anger issues you might have too. Just pretend the car you’re smashing to pieces is your boss’s, and you have all the fun of getting revenge without any of the lawsuits!

You might wonder, then, why you would play such a game. If you’re familiar with the saying “Never judge a book by its cover”, then you’ll know why.

There’s more going on here than is obvious at first. And maybe Barbara isn’t so normal after all.

Have you ever been playing Left 4 Dead 2 and thought to yourself “I wish all these zombies looked like old, naked men with soulless pixelated eyes. And I wish my weapons were towels. And I wish I could fight them all in a giant shower area.”

If you have, then you have one hell of an imagination, and you should probably write a book or a game or something.

Failing that, you can make your thoughts reality by playing this seriously addictive and hilarious arcade shooter. See how many geriatrics you can make modest before the flood of wrinkled, saggy skin finally overwhelms you.

In SHOOTOUT INC., you play as a robot whose processing speed is so fast you can literally slow down time. Naturally, this newfound ability encourages you to go around and shoot every other robot into oblivion because they don’t deserve to exist alongside your superior being.

Ah, that’s not right. Im thinking about what I would do if i could do that. My bad.

The game basically arose as a combination of two other very popular titles: Hotline Miami and SUPERHOT. The time slowing aspect, inspired by SUPERHOT, drastically changes how play is conducted, allowing you to time to strategize mid fight. This becomes more and more essential as you progress through the game, and also has the added benefit of being really, really cool.

If you have the time, you should definitely give this and its inspirations a shot (excuse the pun).

Some Genius Recreated The Deadpool Trailer in GTA5 And It’s Amazing!

Joe Rogan Bought A $10,000 Per Month Internet Connection Just To Play Quake For 10 Hours A Day

Cancelled Beavis and Butthead Game Prototype Was Discovered, and Now You Can Play It