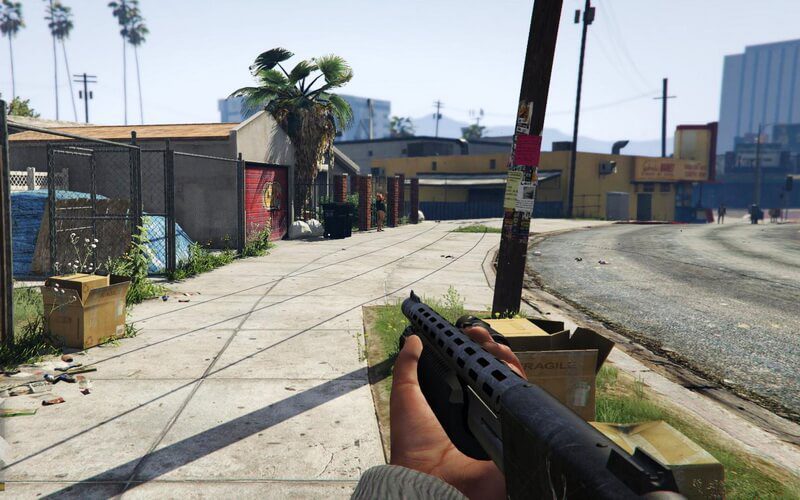 Rockstar has been always a controversial studio. They were already facing public wrath due to their other controversial games like Grand Theft Auto and Manhunt at the point of time when Bully released. Rockstar has a knack of creating games which depicts sexual themes and extreme graphic violence.

Although Bully was a bit docile in comparison to the other two games, it too turned out to be controversial. The game was criticized because many thought it glorified bullying.

Another issue with the game was that the central character of the game was able to kiss other boys. Despite all the controversies, Bully turned out to be a very popular game and a lot of fans are expecting its sequel too.

During the 90s there were a lot of instances of public concern over video game violence. Doom is another game which came under public scrutiny for being too violent. The game contained gore, satanic themes and graphic violence.

Apart from these, Doom was also criticized because people thought it influenced the mass shooters which committed the horrendous Columbine High School massacre in 1999. Twelve students and one teacher was murdered during this dreadful incident.

Although a mod was required to access the infamous “Hot Coffee” scene in San Andreas, the game got an Adults Only rating. The game was even pulled off from most of the stores after the controversy.

No one admires mass murders, if they aren’t acutely mentally challenged. So, it is normal for a game which lets the player to play as a mass murderer to be controversial. Hatred is such a game. The game needs you to play as a merciless psychopath, who goes on a killing spree.

The game was severely criticized for its immature and tasteless subject matter. Several digital gaming outlets even refused to sell Hatred due to its content.

Another Rockstar game to feature in this list is Manhunt. Both Manhunt and its sequel Manhunt 2 had some extremely violent content which turned out to be controversial. The game, which is still regarded as one of the most violent video games of all time, tasked the players to kill their enemies in the most horrid ways possible.

Manhunt‘s controversy is not limited to its violent theme alone. Back in 2004, the game was even blamed for the real world murder of a 14 year old boy by various media outlets and public. However, it was later found out that it was the victim who was playing Manhunt but not the murderer. The irony.

Do you know how the content rating system in video games came into existence? Yes, it was because of Mortal Kombat. The parents, back in the early 90s were actually confused which games they should allow their kids to play because games like Mortal Kombat had gory contents.

Mortal Kombat was even dragged to the court numerous times because of its extremely violent and gory fatalities. This finally led to the introduction of the ESRB ratings, just like the film and television industry.

The next game to feature in this list is Night Trap. This game was so controversial that it was even discussed by the United States Senate. Night Trap was another game apart from Mortal Kombat which was one of the reason of the introduction of ESRB ratings.

Night Trap contained sexual and other violent graphical contents which were the main reasons behind the controversy. In 1992, when Night Trap released, most of the games didn’t contain such types of content. The game was even pulled from sale in many stores.

Recently, Pokemon has been involved in further controversies with the release of popular augmented reality game Pokemon Go. The game has caused numerous accidents, injuries and even deaths, which led to various court cases against it.

Postal 2 is another game which has a mass murder theme. The game, like Hatred was also criticized for being disturbing and tasteless. The game was so distressing that it was banned in several countries such as Germany, Malaysia and New Zealand.

South Park: The Stick of Truth

South Park was actually an adult television sitcom series which was first aired in 1997. The series itself was very controversial and when it’s first major video game named South Park: The Stick of Truth was launched it caused quite a fuss. The game contained various offensive scenes which disturbed many.
There was also a scene in the game which involved an abortion clinic, which raged most of the public. This resulted in the game getting heavily censored in some of the countries.

A sequel of of the game, named South Park: The Fractured But Whole is scheduled to release in December this year. It will be interesting to see if this game too will be scrutinized by the censors.