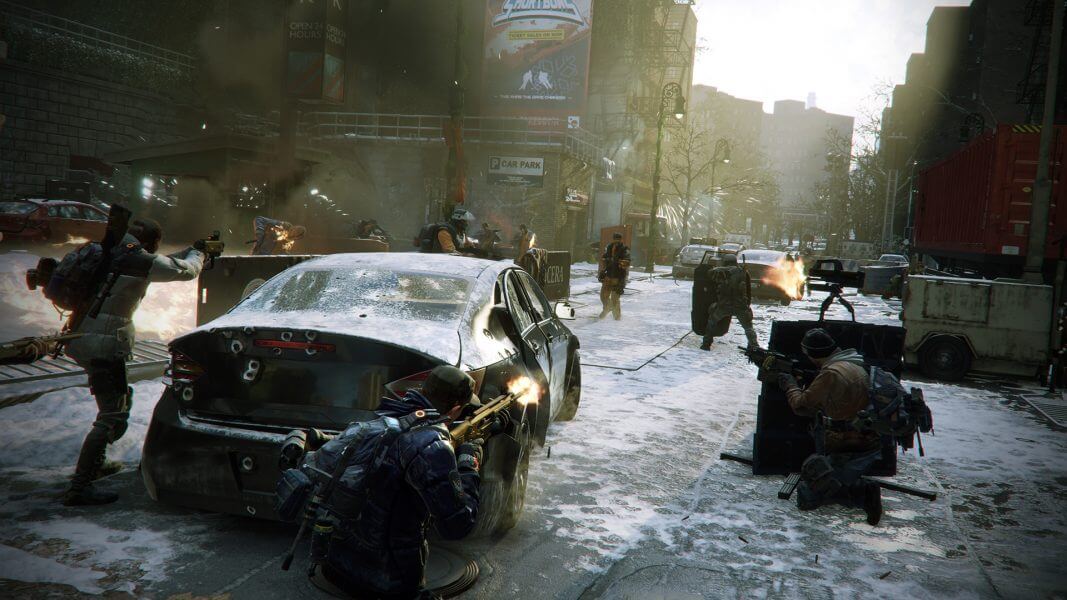 2016 was a great year for gaming- here are the 20 top selling console games of this year:

Everyone’s favorite mistake of 2016 still somehow landed itself the number 20 spot for overall sales last year. What looked like a potential Game of the Year candidate absolutely flopped on release. No Man’s Sky will forever be remembered as one of the greatest gaming disappointments of all time and a reason for gamers to be wary of companies over-hyping their games.

This reboot did very well for itself. Ratchet & Clank managed to sell 1,835,512 copies in 2016. The series made a return to its roots and made for a very fun game. In fact, the game was good enough to earn a spot on Dunkey’s Best of 2016 video – no easy feat for any title.

Somehow, this 2014 release is still selling a massive amount of copies, even with this year’s release of Pokémon Sun and Moon. Even though ORAS took some flak for having “too much water” (looking at you, IGN), it continues to sell a very high amount of copies.

Gears of War 4 sees the return of the Fenix family and friends as they fight off a new threat to humanity- the swarm. The 4th installation in the series was received well by fans and went on to be another big success, even in a year chock-full of great shooters (some of which didn’t even make the list).

This game did an excellent job of redeeming the Watch Dogs name. The original Watch Dogs was a disappointment- demos and great trailers made the game look way better than the bug-infested mess it was. The developers of Watch Dogs 2 made sure to fix said mistakes and delivered a great game.

Mafia III had one of the best story lines and character casts of last year (and an innovative open world feature). However, the gameplay was quite humdrum- nothing to call home about if we’re being completely honest. It was still a pleasure to play, but it felt like it was missing something. That something was definitely not the graphics- Mafia III is stunning (as you can see above). The game sold just south of 3 million copies in 2016.

The fact that a remastered version of a recent game made it on this list is incredible. A compilation of dozens of changes to the graphics of the game made for a gorgeous visit back to Skyrim. The 3,075,379 copies of Skyrim: Remastered sold stand as a testament to how incredible Bethesda games are and how loyal the Elder Scrolls fan base is.

Despite some scandal regarding the map of this game, Far Cry Primal still did quite well for itself. A really cool concept combined with great gameplay and creative new features (see: owl bombing) combined for a great finished product. However, most fans (myself included) would like to see the series head back towards the modern age, at least a little.

Final Fantasy XV was easily one of the most anticipated titles of the year. However, unlike No Man’s Sky, Final Fantasy delivered. The game had a few issues, but was overall one of the best games of 2016. The new open-world approach was excellent and the characters were top quality.

NBA 2K is always a competitor for highest earner of the year- it is immensely popular on consoles, especially in the US. Sports games always sell tons of copies because of their fun multiplayer gameplay and consistent control schemes. However, NBA sits at the bottom of the sports totem this year at spot 11.

Oh boy. Overwatch. Where do I even start.

WELL, Overwatch was voted Game of the Year for a good reason- it boasts fun, fast gameplay, a variety of colorful characters and locations, and is just an absolute blast to play. However, the Game of the Year didn’t do as well on consoles as it did on PC due to the MOBA-esque gameplay that most console gamers are unfamiliar with. Still, on PS4 and Xbox One, Overwatch sold just under 4 million copies.

Madden 17 has taken the virtual gridiron to another level with polished controls and a new dynamic tackling system. The Madden series continues to improve the on-field experience with every iteration and 17 is no different. Just like other sports games, the secret to sales lies in the extremely popular online gameplay. Madden provides consistent fun for console gamers- a fact backed up by a fat sales total of 4.1 million copies.

GTA V just keeps on going. Rockstar keeps putting out update after update with a great roster of DLC available as well. In addition to the constant improvements to the game, GTA V’s online multiplayer is without a doubt the biggest reason that the game is selling as many copies as it is (almost 3 and a half years after its release too).

Black Ops 3 takes the cake for highest grossing game of 2016 not released in 2016. Although not quite as impressive as GTA V’s second year, Black Ops 3 still sold a crazy 5.47 million copies in 2016. Similar to GTA, Black Ops remains on top because of Call of Duty’s signature multiplayer. Due to Call of Duty’s pedigree, I’m sure we’ll continue to see these games near the top for some time to come, regardless of how good the games actually are (looking at you, Infinite Warfare).

The Division was another game that set the bar very high for itself and failed to meet it. The concept was great- release a group of special operatives into New York City after a biological attack to try to restore some form of order to the looted streets. The RPG style shooter had everything going for it, but gameplay ended up being lackluster and repetitive. Server issues didn’t help much either. However, the game was good enough to warrant a massive gross sales number of 6.29 million.

Uncharted as a series has matured just like its protagonist, Nathan Drake. The game takes a more serious tone than its predecessors, and it works quite well. The gameplay is fluid and fun, and the voice acting and storytelling are superb. It’s honestly a shame that Uncharted 4 was a PS4 exclusive- Nathan Drake might have been able to rope swing his way up to a higher place on this list if Xbox gamers could play the game as well.

In a year full of great shooters, Battlefield 1 stood tall among the rest. Due to the more “serious” nature of the series, it has never been as popular as the Call of Duty series. However, the spectacular graphics, incredibly fun gameplay, and massively scaled online warfare have been pushing this gem of a game towards the top. Yes, I’m biased. No, I’m not sorry.

Honestly, I don’t think this game should have sold as well as it did. After all, it holds records for number of dislikes on its YouTube trailer. But, even with the odds stacked against it, Infinite Warfare still managed to sell 9.35 million copies. Even though the game (at least in my opinion) was nothing spectacular, the Call of Duty legacy makes it nearly impossible for this yearly franchise to have a bad year.

Pokémon Sun and Moon sold the most units of any console exclusive last year- gamers bought 11,399,184 copies of Sun and Moon in 2016. Sun and Moon proved a triumphant return for the Pokémon series. After a few lackluster generations (even though ORAS was a great reboot), Pokémon finally regained its footing. A new generation of Pokémon with great new variations on the original formula (see: Alolan Forms) made these 2 games as successful as they were.

The biggest sport in the world also takes the title of top selling console game in the world. FIFA 17 sold an astounding 12.3 million copies last year. Similar to the previous two sports games on the list, FIFA’s popularity is based off of the excellent multiplayer experience. However, unlike NBA and Madden, FIFA’s popularity is worldwide as opposed to just US- based. The success of FIFA 17 wraps up a great sales year for EA.