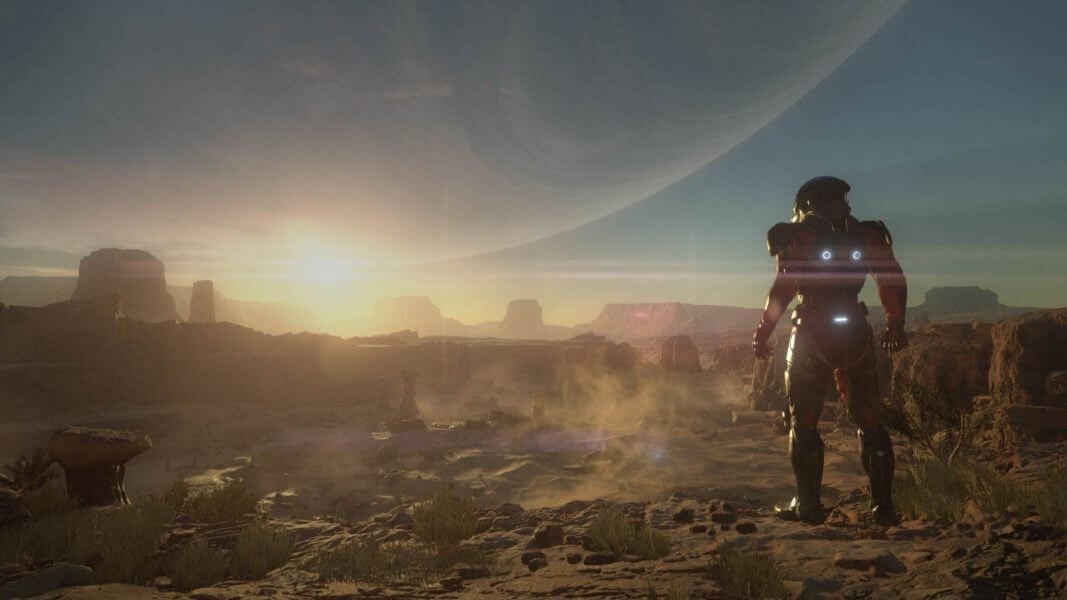 This list of games is compiled from a variety of publicly available sources of gaming industry sales, and we meticulously combed through and organized the data to create this list. 2017 is approaching 2020, the year when we’re supposed to have flying cars and fully immersive virtual reality experiences that are indistinguishable from real life. We’re not quite there yet, but these games looking freaking incredible!

The long awaited successor to Mass Effect 3 is almost here. Andromeda brings to the table a new protagonist, new planets, and MULTIPLE open worlds. The trademark difficult moral choices are much more nuanced in this iteration- the line between good and bad is often very blurred. Companion romance is, of course, still a part of the game. The new features of Andromeda promise to make it the best Mass Effect game yet.

Persona 5 is actually the 6th installation in the Persona series. In this game, you play as one of a group of students who find they have crazy powers called personas. They use their personas to battle monsters on their quest to rid adults of their ill will. The game sold very well on its release in Japan a few months ago, and judging by the pre-order numbers (almost 100k), it’s going to do very well in the west as well.

Knights, Vikings, and Samurai all together on one battlefield; what more could you possibly want? This upcoming title from Ubisoft is looking like it’s going to be one of the best games of 2017. This brutal melee brawler will feature a full-length campaign and a horde of multiplayer options. For those reasons, it comes as no surprise that 112,022 gamers have pre-ordered For Honor.

The next installment in the Kingdom Hearts series contains an HD remake of Dream Drop Distance as well as two new pieces of content: Kingdom Hearts 0.2: Birth By Sleep and X Back Cover. It’s set to release this month.

A new Tom Clancy game is always a reason for hype– look at Rainbow Six: Siege and The Division. Both games came out to incredible hype and both had trouble on launch. However, Rainbow Six has made quite a comeback- the same can’t be said for The Division. Hopefully Wildlands will live up to expectations and be a great and innovative open-world tactical shooter.

5. The Legend of Zelda: Breath of the Wild

Nintendo has really stepped up their game on this one; Breath of the Wild looks incredible. For the first time, Link will be able to explore a true open world in 3D. AND LOOK AT THE GRAPHICS! I don’t think a Nintendo game has ever looked this good. Developers have done an excellent job capturing the cartoony art style of previous entries while still making things look realistic.

The sequel to Rockstar’s critically acclaimed and massively popular Red Dead Redemption is set to come out early this year. Gamers are clearly excited about the chance to head back to the Wild West for another adventure- Red Dead Redemption 2 has already sold 141,474 copies and it hasn’t even released yet.

Baseball: America’s pastime. Each iteration of MLB The Show comes out to great applause from its fanbase. For that reason, it garners more and more pre-orders each year. More than most other games too. So far this year, 150,194 copies of The Show have been pre-ordered by gamers worldwide (but we all know they’re mostly American).

Horizon: Zero Dawn may be one of the coolest conceptual games of the year. You play as Aloy, a hunter in a world overrun by robots. The graphics and in-game world are absolutely stunning and the gameplay is revolutionary. I’m personally super excited to play this game when it comes out in 10 short weeks.

I wrote an article on this a few days ago- Resident Evil looks like it’s going to be one of the best horror titles of all time. The game takes the series back to its survival/horror roots with a few new spins (like a change to first-person) that keep it fresh and genuinely terrifying. It comes as no surprise that a game with such an excellent demo and marketing campaign has the most pre-orders of 2017 so far (207,834). Even if you don’t pre-order, I highly recommend checking this game out.