As most of you are aware, The Witcher 3 is an immense and incredibly detailed game, with a massive open world map to explore. It was such a huge increase over the size of the previous game in the series that they had to introduce a way to travel across it effectively.

This is where your trusty steed Roach came in.

Able to rapidly traverse the sprawling wilderness and outposts of civilization dotted throughout the world, Roach was the perfect fleet-footed companion to assist Geralt in his epic quest.

As with everything they do, CDProjektRed wanted Roach to be perfect. They spent thousands of man hours developing Roach to make sure he was as realistically horselike as you could virtually achieve.

However, it would seem that they were just too good this time. Many testers complained about experiencing motion sickness while riding Roach.

CDProjektRed didn’t want to remove such a great asset from the game, so they came up with a plan: a bug development team.

This team would introduce glitches and bugs into the game, and assist in taking down Roach from his high horse (excuse the pun) of realistic perfection to a level where he could better suit his purpose without making gamers feel sick.

This proved to be very successful – Roach went down extremely well with gamers, and even appeared in some animated youtube shorts. Thanks to his overwhelming popularity, CDProjektRed have decided to develop the beloved character even further.

The video below shows some of the development process involved in creating Roach. It also shows that, for only $4.99, you too could soon have your own talking Roach! 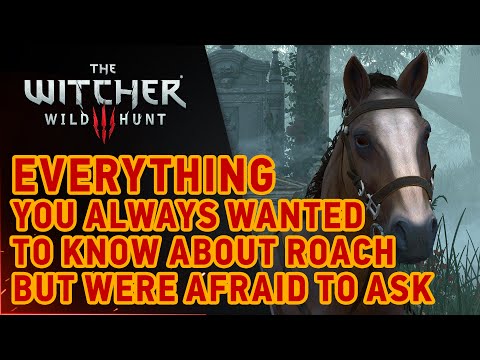 Excited? Well you should be.

Until you find out it’s just one more of the plethora of April Fool’s pranks occurring today.

Yes, sadly it is. Maybe one day we can experience the majesty of such a thing, but until then, we will have to make do with our current silent, yet very charismatic, four legged friend.