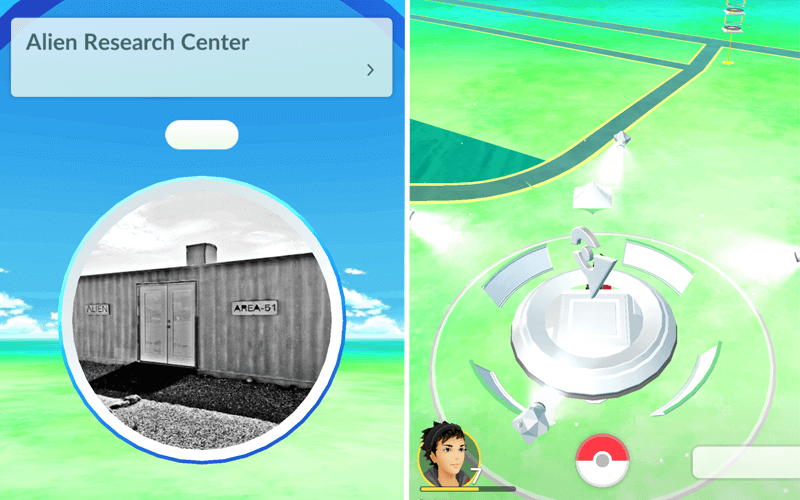 With the launch of Pokemon Go, the world was curious to know if any Pokemon were to be found at the infamous Extraterrestrial Highway Area 51, and if so, would there be any Pokestops or Gyms?

Area 51 is one of the most secret and heavily guarded military bases on the planet and home to much alien folklore. The curiosity reached a boiling point, and people demanded answers. Will we find Free Pokemon Cheats and Coins?

Situated in the southern portion of Nevada, the base has long been considered one of the most mysterious U.S. Armed Forces establishments, with rumors suggesting it’s used to store alien lifeforms and build high-tech weaponry to fend off alien attacks. This all depends on the size of your tin foil hat, of course.

The Extraterrestrial Highway is State Route 375 (SR 375) located in south-central Nevada in the United States.

The area did indeed feature Pokemon team hunting grounds and also several gyms and Pokestops. We even found a Pokemon right at the back gate of the military base and several rare Pokemon features in the immediate surrounding area.

We were shocked to find empty gyms. There were two completely empty gyms right outside the back gate of the base in the very small town of Rachel, NV. This town has been featured in movies such as Paul, Independence Day, and many others.

At the time of this writing, Fraghero controls 8 pokemon gyms along the extraterrestrial highway leading up to Area 51 itself. We caught several types of Area 51 Pokemon

Warning: Don’t try to do this, we were extremely careful and didn’t break any rules, not to mention our reporter is an ex-military veteran. We won’t be responsible if you end up being detained or worse.

Here’s what we found along the Extraterrestrial Highway, and all the way to the Back Gate of Area 51:

The sign marking the start of the highway. There is also a gym and a Pokestop located here!

We found this guy at this abandoned gas station:

Just chilling in the middle of nowhere:

You will see all kinds of weird stuff on the highway, and almost each one has a Pokestop:

Once you get close to the main gate of the base, they block all mobile signal, but there was a bit of signal at the back gate, which we’ll cover below.

The road to the main gate of Area 51:

After the main base gate road, if you drive a few more miles down the road you get to the town of Rachel, NV. This town is home to the world famous Little A’Le’Inn, which has been featured in many movies (Paul, Independence Day, etc.)

Located there were 3 gyms, and 5 Pokestops. To our shock and surprise, the gyms were completely empty.

Little A’Le’Inn you stole our hearts. We stole your gyms.

Located around the town are several Pokestops and Pokemon:

Located right by the town of Rachel is back gate road. This road leads to the back gate of Area 51. We were able to have mobile signal for the entire drive all the way up to the actual gate.

Here’s a photo of the south gate: (We would post our own, but it’s illegal to photograph this area):

Here’s a screenshot of our Pokemon Go app at the Back Gate of Area 51: (There’s Pokemon!)

And again at night:

On the drive home, we found a Pikachu nearby, at almost every power plant/station (Pikachus store energy in their red cheeks):

We also found Charmanders at large truck stops/gas stations in the “Diesel” section.

Area 51 definitely has a lot to offer for Pokemon Go Tricks players, but it would be stupid to venture out there without doing some extensive research prior to making a trip. However, someone needed to go there and get answers for the millions of Pokemon players out there with this Pokemon Guide, and Fraghero was happy to volunteer for the arduous task.