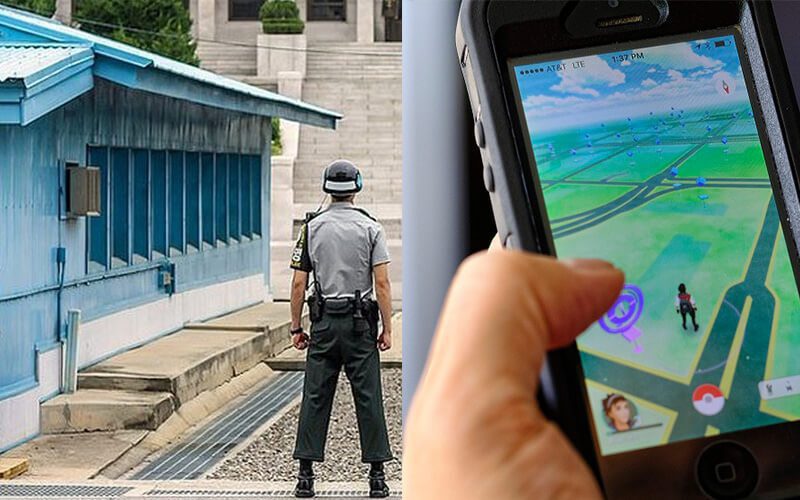 Pokemon Go has literally taken over people’s lives. You can’t avoid it if you’ve an internet connection, and millions have taken to the streets to ‘catch em all’. The stories involving the game are getting weirder by the day as well.

Earlier, we had reported that armed robbers have been able to trick players to certain places and rob them. Another incident of a teenager finding a dead body while searching for Pokémon also happened a couple of days ago. We urge the players to ensure their personal safety while playing the augmented reality game.

Now, somebody has discovered Pokémon Go‘s most dangerous gym. The unclaimed gym is located in the demilitarized zone between North and South Korea. You can imagine what consequences the players will face if they try to approach that.

The picture of the gym that can be seen above was posted in Reddit by user GhostXavier, who said that it was found by a military friend of his. Anyone who goes to claim that gym will face the risk of getting shot by sniper or being blown up by a land mine.

An unclaimed gym is definitely worth fighting for, but I am not sure if any one would be up for this challenge. We strongly advise anyone trying to capture this gym since getting killed isn’t worth it, even for catching them all.