Ubisoft has released another trailer showcasing their upcoming title, Watch Dogs. This time around we take a look at the city rather than the story or the player. One of the key elements that Ubisoft has been teasing and poking at was the way Watch Dogs’ city is very much alive and can be altered in really anyway. Much like how the trailer noted, if you were given control of an entire city what would you do with that kind of power?

Watch Dogs is set in Chicago a large city that is heavily connected through technology. With the trailer, we take another look of how a player can tap into anyone or anything and completely change how the city reacts and how their gameplay can get changed. According to the video, every citizen can be tapped into, revealing their ATM codes or looking into their history which may result in some surprising finds.

I for one am looking forward to Watch Dogs and after taking a look at the trailer below, we’re curious as to what you think. Watch Dogs is set to release for Windows, PS3, PS4, Wii U, Xbox 360 and Xbox One this May 27th 2014. 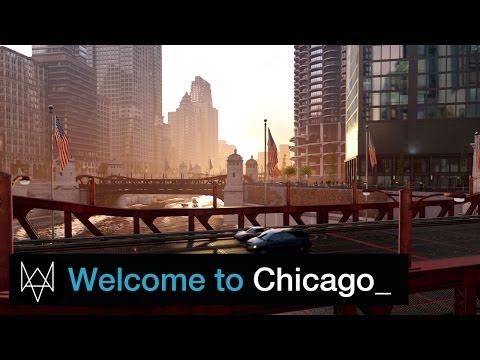