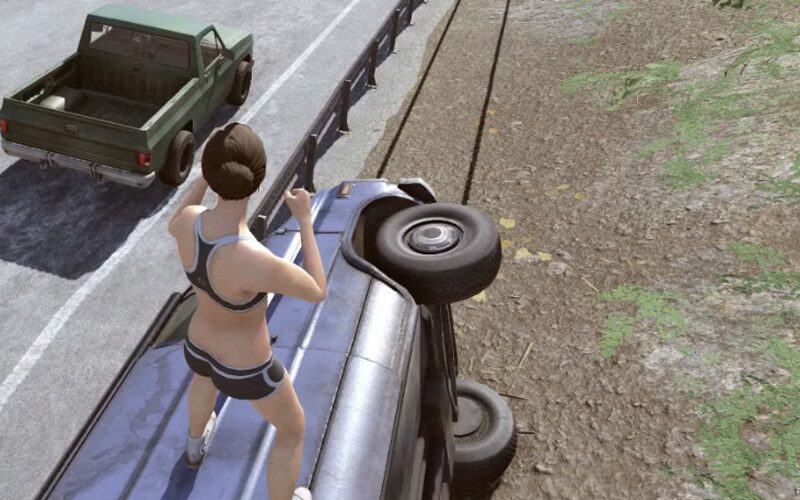 Are you sick of white males ruining everything for women and minorities?

A new game called “The Triggering” offers a bit of relief for everyone looking for a Third Wave Feminism Simulator. If white men, as a whole, are your biggest concern, you’re not alone.

In this game, you’ll play as a social justice warrior woman (or whichever of the countless genders you choose to be) who goes around and basically crushes the patriarchy.

The goal is to find privileged, straight, evil white men and to force them to check their privilege.

For example, you can go into a gym where white guys are working out, and you can earn Feminist Points by checking their privilege.

The developers have said they tried to include as many stereotypes of third wave feminists as possible, and that their goal is raise awareness and to stop people from being offended by everything, rather than to offend people. It’s a bold move, let’s see how it plays out…

“In fact, we want people to stop being offended by ridiculous things on the internet, like this game is for example. Satire of the Feminist movement is the whole point of this game, and we believe that every movement is subject to satire.”

They said they don’t even need the money, the game is already just about complete and will be finished whether or not they reach their goal (Which was under $100, and has already been surpassed.)

“There are no real risks involved with backing this project. The game will get finished with or without funding, we just wanted to reach more people and give away some awesome rewards.”

They’re being totally upfront that having it on Kickstarter is just part of their marketing ploy, which is definitely refreshing.

FEMINAZI: The Triggering is expected to be released this March and you can grab a copy here.