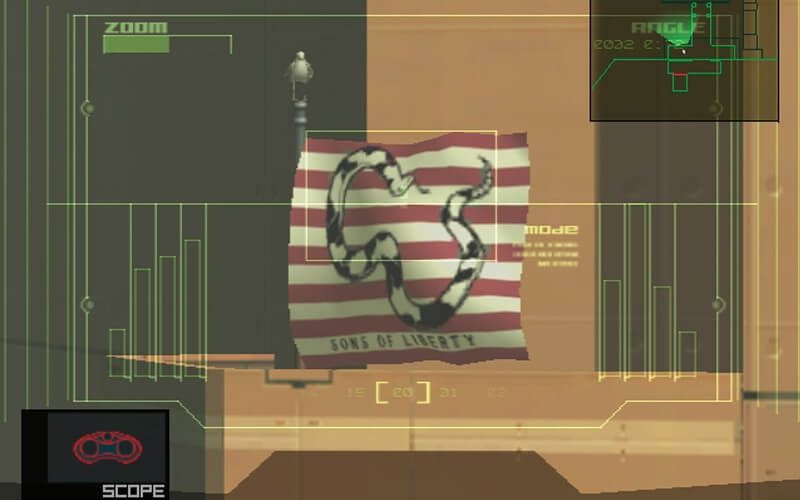 Metal Gear Solid 2: Sons of Liberty came out in November of 2001, shortly after the horrific terror attacks on the World Trade Center and the Pentagon.

Now, at that point, it’s safe to assume the overall narrative and story of the game was already dialed-in. Certain games do a great job of drawing parallels to whatever the current political and social climate is like, other games shy away from such things in the name of offering more of an escape.

A great story in a game can be like a snapshot in time, to visit later on and see how the world has slowly changed and evolved. Our opinions, thoughts, and world can change drastically but the game will be the same when you re-visit it.

Some games that haven’t shied away include Bioshock, The Last of Us, and plenty more. Sometimes, however, games don’t just mirror reality, but they actually predict it.

Science fiction as a genre is notorious for predicting, and in many cases serving as a vehicle to issue warnings about, future political and cultural events.

Our world is very uncertain right now, some people are happy with some recent changes, some are terrified about other changes that are taking place, and neither side is necessarily wrong.

We can turn to art to try to make sense of things, or to see things from a different perspective. If there’s one series of games that has a lot going on under the surface as far as the narrative goes, and a ton of thought put into it, it’s going to be MGS from the brilliant mind Hideo Kojima.

Shortly after 9/11, MGS 2 players were tasked with dealing with a group of terrorists who were threatening to blow up an oil spill just outside of Manhattan. There are going to be some spoilers coming up if you haven’t played this game yet.

Basically, it’s revealed that the entire mission that Raiden was on was just a simulation, but Raiden rejects the narrative.  The former child soldier just doesn’t believe it. As Cameron from Waypoint points out, art and media can influence people subtly to form their opinions. He uses the example of the show 24, which shows viewers the “other side” of torture, for example.

“The people in power probably do not have your best interests in mind. They will shape you and the narratives you interact with to make their positions seem easy and normal, no matter how far afield they are.” – Cameron Kunzelman for Waypoint.

As members of society, we never really see the full story. It’s important for games to challenge the narrative, so that when we look back on them, we’re not just reminded of how the world is now but how it used to be, and in a hopeful way how it could be.

“Building the future and keeping the past alive are one and the same thing,” says Solid Snake at the end of the game.