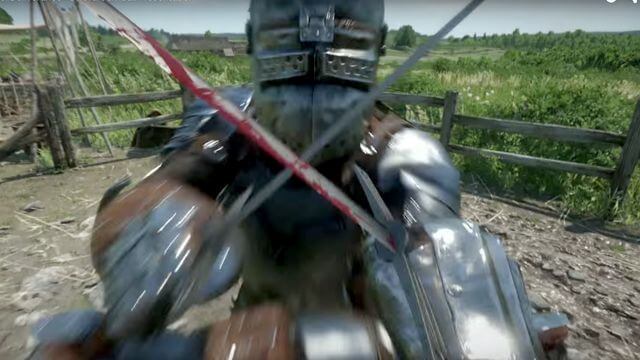 Heroic quests that involve sword fights are a favorite of gamers. Sword fighting is usually prevalent in role playing games, but there are also some other genres that allow you to prove your bravery and skill by wielding a blade against your adversaries. For all of the sword fighting aficionados we compiled a list with ten of the best games that will definitely test your skill. While some of the titles are a little bit older, others are so fresh they haven’t even been released yet, but rest assured, they will be out later this year. 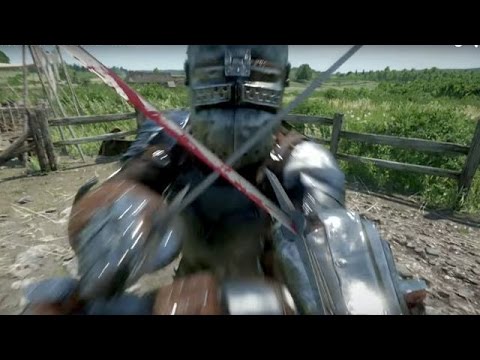 The sequel to the 1997 Shadow Warrior is a first-person shooter set five years after the events of the original game. The players assume, once again, the role of the witty ninja warrior Lo Wang and must defend the world from the armies of demons sent from another dimension. It can be played in a single-player mode or in a in a new 4-player co-op mode and new mechanics such as climbing walls and double jumping have been added. The mission structure is less restrictive, more of an open world environment being available. Shadow Warrior 2 offers a range of 70 weapons including fire arms and various blades.

Inspired by Jedi Knight II: Jedi Outcast, Blade Symphony is a multiplayer action video game that focuses on sword-based dueling. Its gameplay is not intended to be based on actual sword fight physics but a more acrobatic, fantastical approach is preferred, completed with flashy animations and unreal effects. There are multiple characters the players can choose from, as well as different styles and blades, a death match mode or a 2 versus 2 mode being available. The variety of fighting moves and the depth of the gameplay are features that have been appreciated by fans of the genre.

Mount & Blade: Warband is a standalone expansion to the action role-playing game Mount & Blade. The gameplay is based more on horse-mounted combat and on giving orders to one’s war band in the field. A sixth faction has also been added: The Sarranid Sultanate, as well as some other improvements like more political options, the ability to start your own faction and multiplayer modes. The focus has shifted towards direct combat and the multiplayer matches can include up to 250 players split up into two teams based on the factions selected.

Nidhogg
Nidhogg is a side-scrolling two-player fighting video game where players duel with swords in a pixel art inspired environment. The two opponents can perform actions such as run, jump, slide, throw their swords, and fistfight. The position of the swords indicates the direction the hit will land so that players will have an indication of where to parry. The goal of the game is to push your rival towards the edge of the screen, the first player to reach the end being eaten by the mythological Norse serpent Nidhoggr. The game has four levels and single-player, local multiplayer, and online multiplayer modes. A sequel, named Nidhogg 2, is going to be released sometime this year.

Exanima
A Steam Early Access title, Exanima was born as a prelude to an ambitious open world RPG project named Sui Generis. It is a dungeon crawler that takes place in the Underworld of the Sui Generis world and it happens 20 years prior to the main storyline. Using a 3D isometric view, Exanima offers players the opportunity to explore, fight and survive in a dark fantasy world. The gameplay is deeply immersive and the array of weaponry available is truly impressive, you can fight with virtually anything from a crude prosthetic leg to a more complex two handed sword.

Bushido Blade
A 3D fighting video game, Bushido Blade features one-on-one third person armed combat. Upon its release, the realistic fighting engine was appreciated for its innovative nature, particularly the body damage system. No time limit or health bar is present during a match and most hits can cause instant death. There are eight weapons to choose from and, to name just a few, we should mention the katana, the sabre, the long sword, the broadsword and the sledgehammer. Each of these has a different level of strength and speed, depending on the weight and length that the weapon has.

War of the Roses
Set during the conflict that gave this title its name, War of the Roses is an action game that was very appreciated for its extensive customization possibilities and for its authentic control scheme. The player can fight either for the House of Lancaster or for the House of York and the game is played mainly from a third person perspective and has great multiplayer gameplay. There are three types of weapons that can be equipped: primary, secondary and a dagger. The weapon variety is very impressive and choosing one that will match your preferred fighting style may turn out to be a daunting task for a new player.

Chivalry: Medieval Warfare
A multiplayer-focused hack and slash, Chivalry is set in a fictional world similar to the Middle Ages. Its gameplay is very reminiscent of the one from the Half Life 2 mod Age of Chivalry, involving a primarily melee combat performed from either a third person view or a first person one. Swords, maces and longbows are the weapons of choice and the players can choose from four classes that are available: archer, man-at-arms, vanguard and knight. Its ultra-violent gameplay has been a much appreciated aspect, making Chilvary a sought after sword fighting title.

For Honor
Even though it is not yet released, the wait is almost over, because For Honor will be officially launched on the 17th of February. It is an online action hack and slash video game that features a hand-to-hand combat system described as “The Art of Battle” that allows players to take the roles of historical warriors such as medieval knights, samurais, and Vikings. There are three different playable factions: The Legion, The Chosen, and The Warborn, each with four classes: Vanguard, Assassins, Heavies and Hybrids. For Honor has created quite a hype around its release and all we can do is have a little more patience to see if it will really be worth it.

Kingdom Come: Deliverance
Another title that is yet to be released this year, Kingdom Come: Deliverance is a true reenactment of the Medieval era contained in a video game. It is a role-playing single player experience with quests that will have the player dive into a highly interactive world. The period-accurate armor, combat techniques, and real-world castles were recreated with the help of architects and historians so the degree of accuracy will be at its peak. Combat is based on a physics system using inverse kinematics and the players will be able to use a variety of weapons such as swords, knives, axes, bows or hammers, each of them being suitable for different situations.