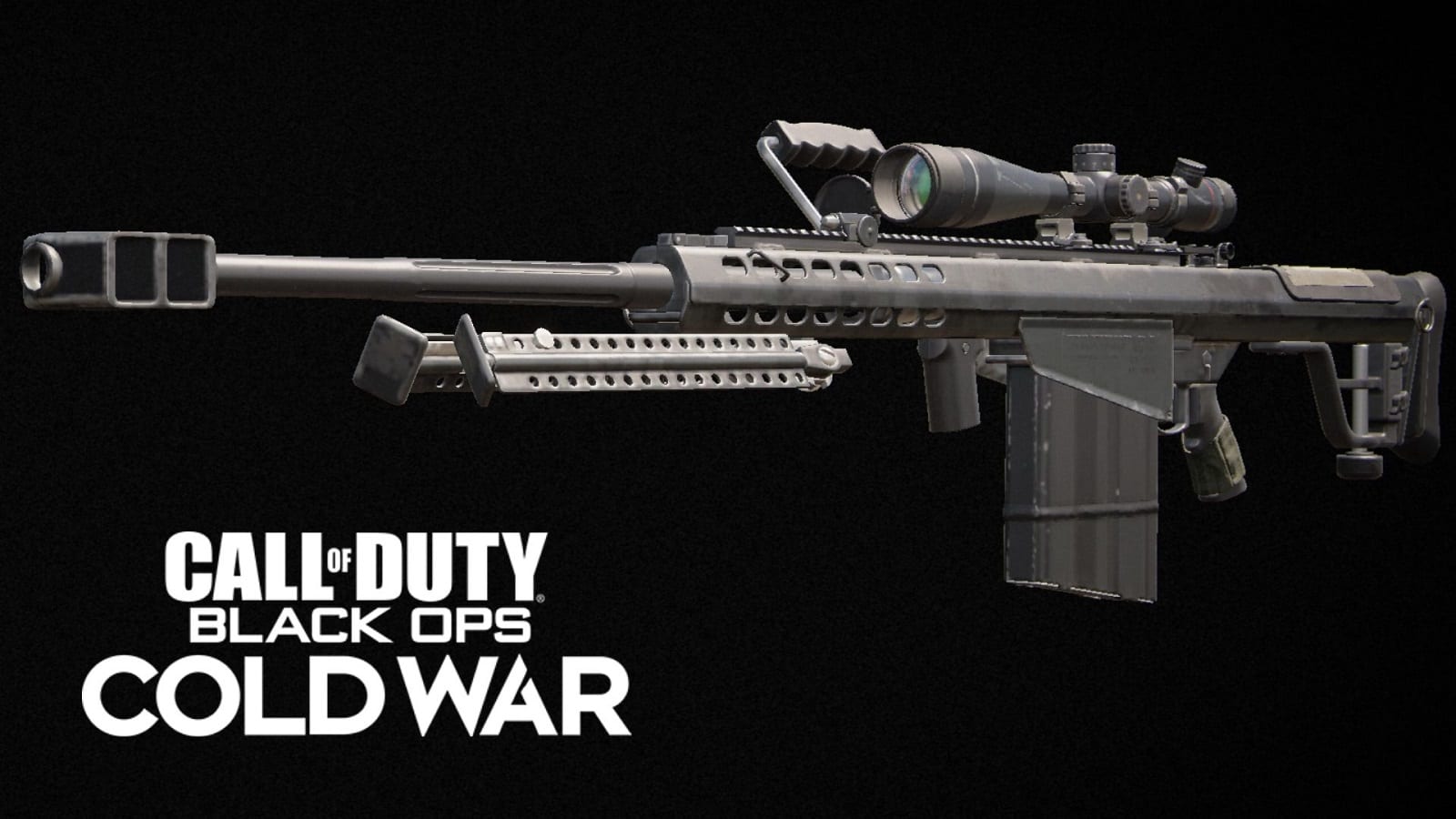 When Call of Duty: Black Ops – Cold War brought with it a host of new weapons to Warzone, it didn’t seriously shake the meta. That’s now starting to change as one of those weapons, the M82, is starting to prove its worth. Videos of the semi-automatic .50 calibre sniper rifle are surfacing online and showing the weapon to be an absolute monster.

The M82 is partly so popular due to its semi-automatic nature. Unlike the bolt action counterparts, such as the LW3 Tundra and the Kark98k, the M82 doesn’t require a new round to be chambered after every shot. That means you can follow up one devastating round with several more before needing to take your eyes off the enemy.

In reality, the M82 is more similar to the tactical rifles that used to dominate the Warzone meta in Season 1. Much like the DMR 14, rounds can be fired long distances and in quick succession. That’s a perfect combination for Verdansk’s long lines of sight and need to wipe out teams quickly.

Here’s a rundown of the attachments you should be using to get the most out of the M82.

By equipping the 22.6” Combat Recon Barrel, the bullet velocity of the M82 will be increased by a massive 75%. This means that your bullets will reach their targets much faster, making it far easier for you to hit your shots at range.

While this barrel will reduce the weapon’s idle sway control by 20%, the M82 is already fairly easy to handle as it is, so it won’t affect the performance of the gun too much. Some of the other attachments will also work to counteract this debuff.

The Wrapped Suppressor is an essential addition to the M82. Not only does it restore the idle sway control lost to the barrel attachment, but it makes it much harder for enemies to find you when you’re shooting.

While it’s still possible to be aggressive with this loadout, one of its benefits is that you can remain stealthy while doing so. With this suppressor, you’ll no longer appear on the enemy minimap while shooting, making it much easier to find kills and then reposition to maintain the advantage.

Enemies catching sight of sniper glint usually means game over for most snipers out there – it can completely ruin the element of surprise that a sniper needs to secure a kill. Luckily, there are a few scopes in Warzone that eliminate sniper glint altogether.

For this build, we’d recommend the Royal and Kross 4x. This scope should off good enough range to engage at long distances while remaining capable in surprise close-quarters encounters.

One of the most classic attachments in Call of Duty, the bipod will massively help with managing the M82’s recoil. Equipping the bipod will reduce the amount of recoil by 50% in all directions, making it much easier to follow up shot after shot from the semi-automatic magazine.

Especially with the suppressor attached and the lack of sniper glint, setting up in a dark window should prove lethal against any enemy squad that isn’t paying attention. Just don’t get too comfortable with using the bipod. You should still make sure that you change up your position regularly to avoid getting caught out.

With the semi-automatic nature of the M82, you want to ensure that you’re making the most of not having to rechamber rounds after every shot. The STANAG 9 Rnd offers the highest ammo capacity for this sniper rifle, easily making it the best choice for this loadout.

The only drawback is that the STANAG makes the reload time slightly longer, but as you should be engaging at longer distances with this loadout anyway, it shouldn’t hinder you too much.

Have you found this loadout to be useful in Warzone? Let us know across our social channels.