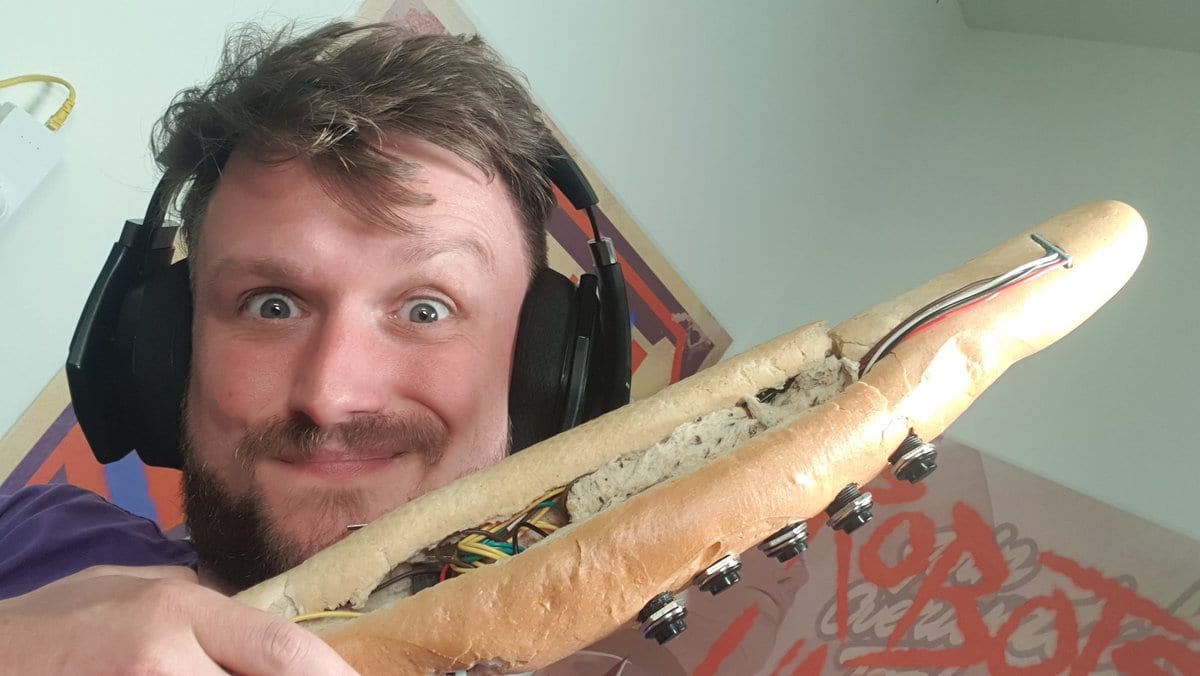 This zany streamer has managed to turn a humble crusty baguette into a full-fledged controller.

Using not much more than a golden loaf and a motion sensor, Dylan ‘Rudeism’, was able to use his carbohydrate weapon to pick up several kills in a Call of Duty: Warzone lobby.

Rudeism fashioned the baguette into a controller by wiring together a bunch of buttons, thumbsticks, triggers and motion sensors.

Motion sensors inside the breadstick allow Rudeism to hold the controller as you would an actual assault rifle. A switch located to the rear of the baguette means that, by pushing the bread into his shoulder, Rudeism can aim down sights. A trigger on the side allows him to fire, while a thumbstick along the side allows him to move around.

The end result is something that seems fairly useable, which is high praise for something that’s usually stuffed with cured meats and condiments.

While Rudeism wasn’t able to win any games of Warzone during his stream, he did pick up a surprising number of kills, considering he was up against players using actual controllers.

This controller setup isn’t actually that far off from some controller designs we’ve seen in the past. The Nintendo Wii had an accessory that turned a Wii Remote and Nunchuck into a makeshift assault rifle, which was particularly useful for playing early Call of Duty games.

There is also the PlayStation VR Aim controller which offers similar functionality to Rudeism’s doughey replica.

This isn’t the first time that Rudeism has tried to play games with wacky controller setups. In 2016, Rudeism was able to play Overwatch using multiple bananas.

He’s also known for using an Ocarina to play The Legend of Zelda: Ocarina of Time and mangos to play Crash Bandicoot.

While it’s certainly not the most ideal way to play games, it certainly looks like a lot of fun!

What household item do you think would make a good controller? Let us know across our social channels.