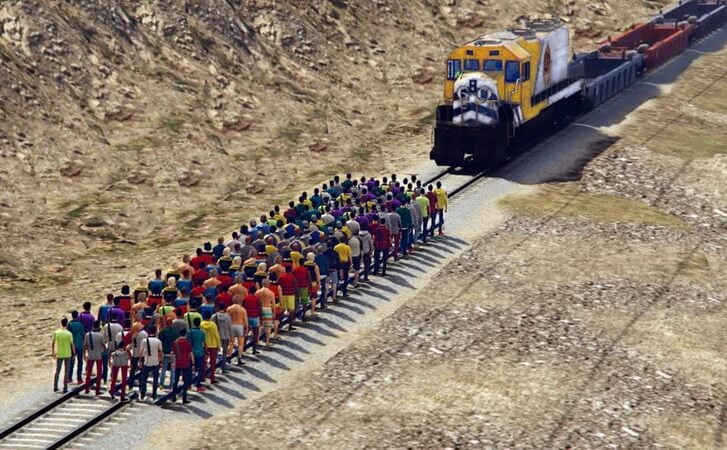 We’ve had GTA players try to stop the Jumbo Jet with civilians that ultimately ended up being successful. Heck, we’ve also seen its notorious Tramp being pitted against innocent bystanders and the results, although disturbing, leaned towards the bystanders in the end (leaving a lot of disfigured bodies in the process).

However, one youtuber has decided to raise the stakes quite a bit by pitting Grand Theft Auto V’s civilians against its all mighty train. Would he be able to stop this tremendous body of power by putting innocent civilians in its past?

This unlikely mission saw him pit 50 civilians initially which wasn’t nearly enough as the train ran through them without any effort. Then came 75 civilians and again the train won the race, leaving them all dead or hanging on for dear life.

Finally, the guy placed more than 100 GTA V civilians in its way, something, that on both previous occasions managed to stop the vehicles (both the Jumbo Jet and the Tramp). However, this wasn’t nearly enough for stopping the train as you can see in the video below.

What’s more there’s a twist at the end and the train ends up being stopped, but not by the Civilian wall. 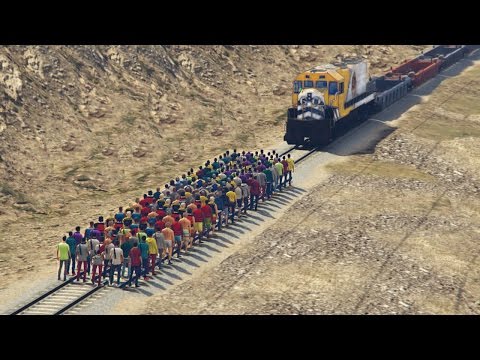