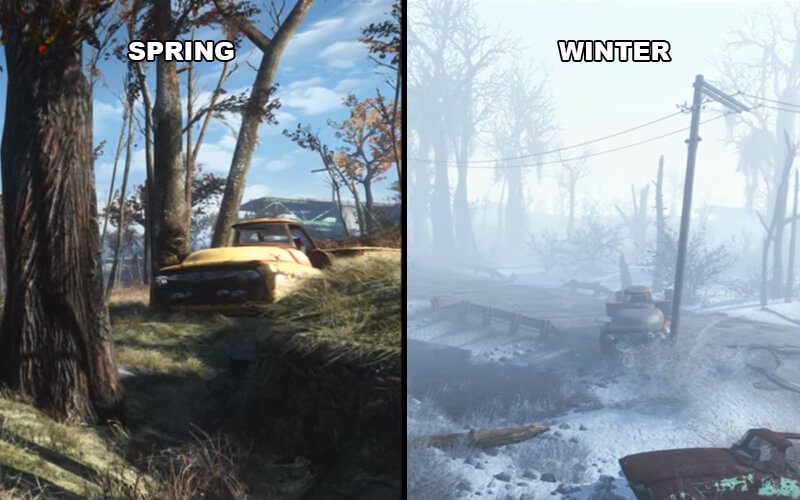 While playing Fallout 4, ever notice there’s just something missing? Can’t quite put your finger one it? It’s okay, this mod has you covered.. Well.. covered in snow at least.

Now now, I know what you’re thinking. Probably just some crappy, half done weather mod? Not this time! This amazing Fallout 4 seasons mod is so well done, it looks like the developers did it themselves.

From the blooming wildlife of Spring, to hot Summer days, a chilly yet colorful Autumn, and of course, a wintery, snow covered wasteland. You really do get a feeling of “The Last of Us” with this mod.

It’s actually so well done, I wouldn’t be surprised if Bethesda includes this in future interations of the series. Hell, they should just hire the mod author!

Take a look at some screenshots from the mod below –

The wasteland is great and all.. but it does get a little repetitive. Seeing the same dull colors on the trees and the ground all the time can really get old after 100+ hours. This mod is a huge refresher if the wasteland is becoming a bit stale for you.

I know it seems a little hard to believe at first. Fallout 4 is such a vast game, with plenty to do. It also already looks pretty good as it is. However, check out this video to really get a feel for this mod. You won’t want to play another minute without it. 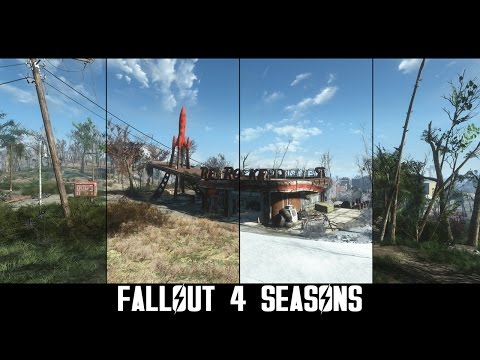 See what I mean? It’s almost like a new game with visuals like that. Now, what are you waiting for? Download this mod and get some heat insulation on that power armor!