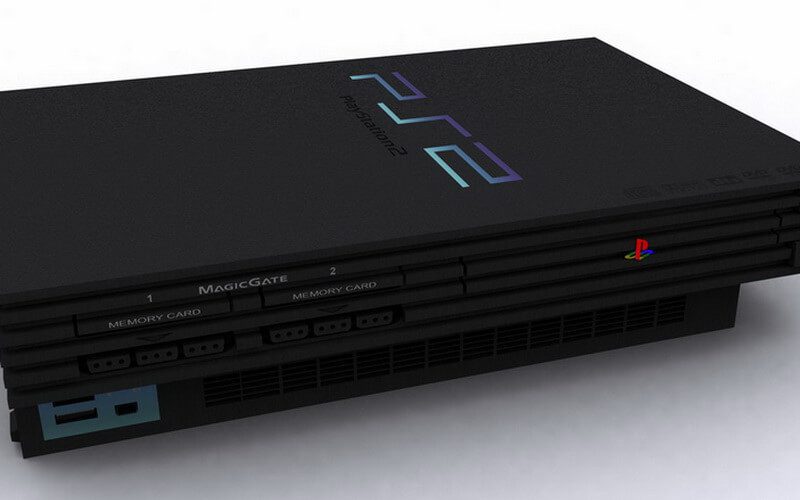 The PS2 is a truly great machine and most likely in the top 3 (if not the first) of everyone’s list of consoles. Marking a milestone in gaming, the PS2 had gamers everywhere blown away at it’s functionality, added features and a huge collection of games. It didn’t take long for the console to fly off the shelves and become a ‘must have’ for every gamer worth their weight in salt.

Of course, modern consoles make the PS2 look ancient with the updated graphics, memory capabilities and how smooth the gameplay is in general, but there’s something charming and nostalgic about the PS2, like an old friend or a familiar face. So without further ado, here’s 7 Facts about the PS2 you probably didn’t know.

The PS2 Is The Best Selling Console In History

Starting off, we’re going to highlight just how great this machine was (and still is) with the achievements that prove this. As it stands today, over 157 million units have been sold. Comparing this to the PS4, for example, which recently passed the 30 million mark. Of course there’s factors to be involved such as time and pricing, but it does not take anything away from how brilliantly the PS2 sold.

Gaming is generally advertised to a wider audience range today which is possibly one of the biggest selling points of modern consoles, there’s something everyone can use. Back in 2002 however, the selling points were limited and gaming was full of the familiar faces of teenage boys.

How the PS2 managed to sell so well could be a mixture of the multi-media disk support, the wide span of games available or simply just the fact that the console was easy and reliable. Whatever the reason, it’s thoroughly deserved.

The PS2 Can Be Converted Into A Computer

I never did it personally, but many players chose to stand their PS2’s upright to give it the look of a desktop tower (I never trusted it stood up). Possibly adding to the look or simply extending the versatility of the PS2, Sony released Linux on a disk, which allowed players to use their console as a PC.

This pack came with a Ethernet adapter, a keyboard, a mouse, a VGA adapter and a 40GB hard drive. If you were one of those kids that liked to play around with things (and usually broke them in the process), this would of been a perfect fit for you. This kit also allowed techies to turn their console into a dev kit, letting players create their own games via an open source code.

Possibly not a common setup for gamers, but still, a cool feature that exhibits how awesome the PS2 is.

The ‘White Towers’ Are There For A Reason

One of the best parts of blowing the dust off my PS2 and starting it up for me is the nostalgic power up screen. I find it strangely comforting, as the console powers up, the camera pans over the towers and plummets into the smoke, revealing the PlayStation logo. But have you ever wondered what the white towers mean?

It turns out the display isn’t just for aesthetic purposes, of course it looks great and futuristic and hints how ahead of its time the PS2 was, but it turns out each individual tower represents a saved game file on your memory card.

Still got your PS2? Try this. Start up your console as usual, you’ll see the familiar towers before your game loads. Now try it again, this time remove your memory card. When you start the console up again, you’ll notice the absence of the towers. This is not a necessity of course, just another cool fact about the PS2. And while we’re on the topic of memory…

Memory Cards Were In Short Supply

Remember the tiny 8MB memory cards we purchased along with our consoles? It’s funny knowing that there’s minor game updates and gamer pictures today that wouldn’t fit on two of those.

In comparison to modern hard drives and such, which are generally around 500GB for the Xbox One and the PS4, the 8MB was minuscule, yet it managed to keep all our save files and games on there. It’s a true reminder of how far gaming has come in a short period of ten years.

Due to a misunderstandings and disputes with third party developers, Sony lacked the resources to match the sales correlation between consoles and memory cards, which ultimately lead to a shortage.

This is absolutely mind blowing, the PS2 actually supported Netflix via an install disc, but only in Brazil. Maybe Netflix and Chill has being going on longer than we know of.

Neflix is highly accessible now, with a quick download of an app on the Playstation Network or through Xbox Live and bang, instant streaming of hundreds of movies and shows. It’s unclear why this feature was exclusive to Brazil, but the fact the PS2 supported this distinguishes itself from the rivalry at the time.

Limited Exportation Due To Terrorism Scares

This is obviously a long lasting rumor as I’ve heard the exact same thing regarding the PS3, and I’m waiting for people to ‘confirm’ the use of the PS4 hardware used in IED’s or some bull.

As the rumor goes, in the late 2000’s, Saddam Hussein and those who followed his cause were stocking up on PS2’s, but not for conventional uses. Apparently the consoles were to be used as military weapons through some heavy modification. And to make matters worse, this was reported by major news conglomerates.

The main concern was that the PS2 was powerful enough to be converted into a weapon that would be used for acts of terrorism, which affected exportation as an embargo was placed on the console. Luckily for Sony, this didn’t affect sales as everyone saw through the ridiculous story. I’m going to start a petition to have the PS2 as a usable weapon in the next CoD/Battlefield game.

Some Guy Loves His PlayStation In All The Wrong Ways

Now I’m not one to say who someone can or can’t love, but I can’t quite wrap my head around this one. A man, once called Dan Holmes, decided that he loved his PlayStation so much he was to change his name to PlayStation 2.

If that wasn’t bizarre enough, he actually expressed his interest in marrying said console. If you know this guy and have ever used his PlayStation, please wash your hands after opening the disc tray. Unfortunately for him, he couldn’t find a vicar that would betroth the two. Ah well, you can always try Vegas.

This was our list of seven PS2 facts your probably didn’t know. Did we miss something you know? Let us know in the comments section!