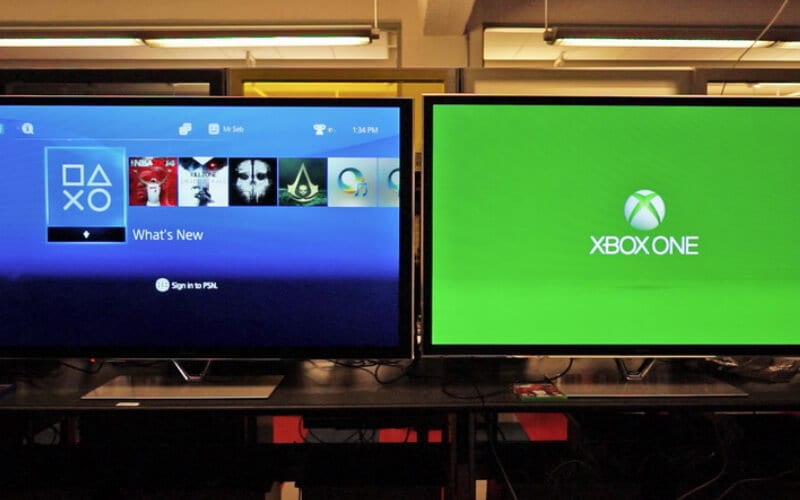 It can be annoying trying to sync your console game purchases up with your friends, to make sure you’re buying the same cross-platform games on the same consoles in order to play together. If one of you grabs it on Xbox One but the other picks it up for PS4, you’re out of luck. This is particularly annoying when you have friends with both consoles who buy the games on different platforms and then you have to play favorites.

When gaming on PC or Mac, there isn’t the same invisible wall between platforms. And if two people own PC’s, but one has an Nvidia card and the other has AMD, no problem, everyone can still play together. Why the divide on consoles, when people are playing the same games with relatively similar controllers? It’s understandable why consoles and PC gamers on the same servers can be a bit of an issue, since the console versions often have different controls for things like aiming, as opposed to a keyboard and mouse, but why the rift between Xbox and PS4? Is there a good reason, or is it just the two titans of console gaming flexing on each other?

Overwatch is an example of a massively popular game with huge fanbases on both consoles, yet no crossover. Blizzard’s Jeff Kaplan explains:

“It’s a mix of technical and business reasons. Right now, the two platforms – in particular, Xbox to PlayStation – is not an open ecosystem. They’re very closed-off ecosystems, and it’s very hard to cross those boundaries.”

If you read between the lines, he seems to be hinting that PlayStation to Xbox is the path of least resistance, whereas Xbox to PlayStation is particularly difficult. The game Rocket League allows players from Xbox and Playstation to complete so it’s not impossible to break down the barriers, but they’re not able to chat or be on the same team, and Blizzard would rather not offer a nerfed experience.

“If we were to suddenly say, ‘Oh yeah, you can play cross-platform. But you can’t group up with or talk to any of your friends.’ I think more of our players would be like, ‘This is broken, it doesn’t feel right,” he continued.

Despite that, Blizzard continues to actively try to convince console manufacturers to open things up for the benefit of gamers on both sides of the fence.

“We’re very respectful, and we understand our partners and why they’re not allowing it at this time,” Kaplan explains, at an event celebrating the 1 year anniversary of Overwatch. “We’ll use whatever influence we have to keep reminding them, ‘Hey, this would be cool. It’s something our players really want. It’s something your players really want.’ That seems like a win to us.”

At the end of the day, neither console maker wants to “bring the other one to their level”, so to speak. Instead of coming together to create a better experience for all gamers, neither wants to give an inch, although it sounds like Sony is more willing to play ball. It’s business, but hopefully someday they’ll realize people would buy more games if they had more people to play them with. The downside is that people who end up buying both consoles might not have to do that anymore, but they’d have more money for buying games either way.