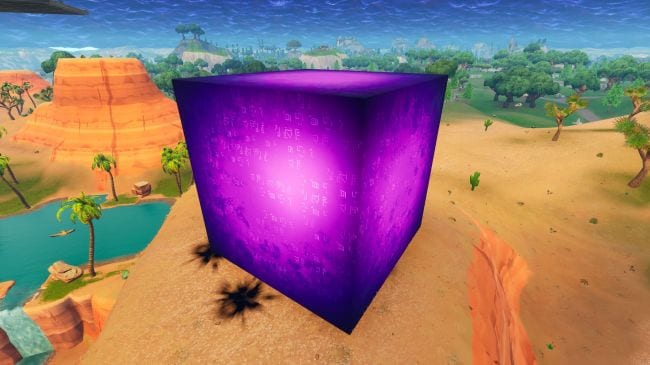 Well, it looks like everyone’s saying the same thing – what the hell is it?!

A couple of players have already managed to get inside, and disappointingly it was empty. Although that’s not unexpected.

As we know, the purple cube is bouncy. So this anomaly happened while they were having fun on the cube.

Gsonicify said: “It looked like my friend bumped into me right as I was bouncing up. Somehow this f*cked up the Cube’s physics and it let me pass through,

“After that for some reason the collision with it was also pretty messed up.”

The cube is currently still rolling its way through the desert, but God knows where.