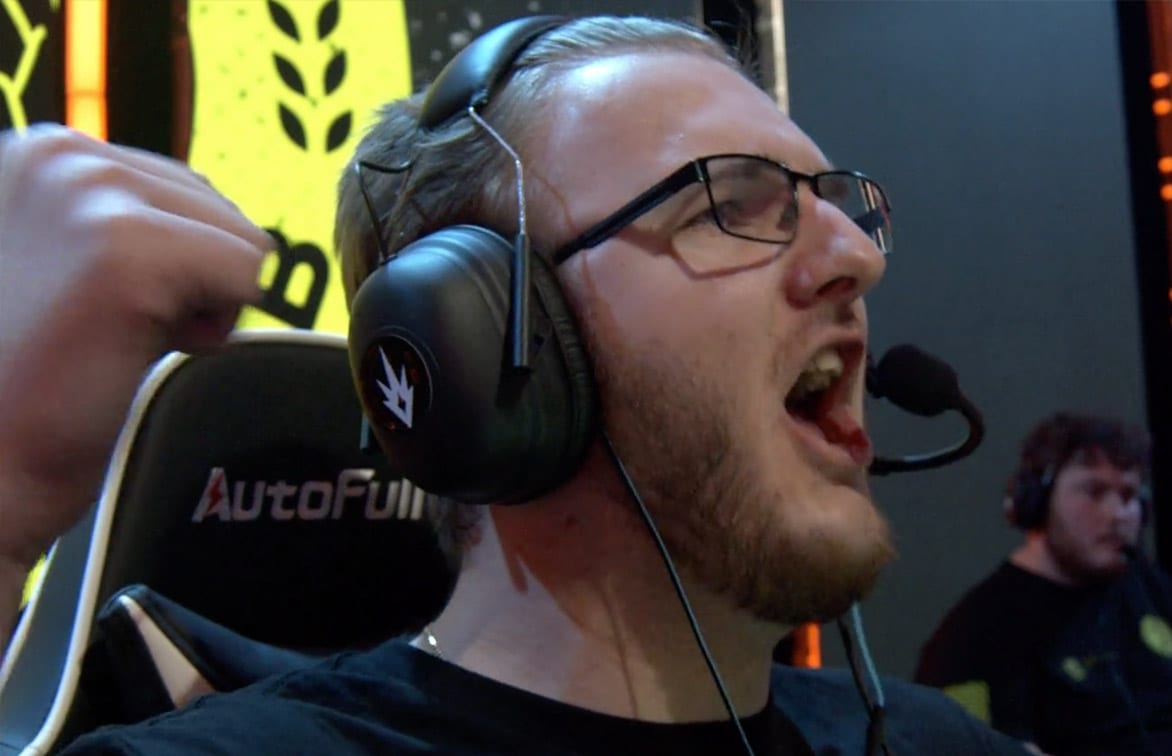 Flashpoint kicked off this month with a bang – or should I say scream – as pro players went head-to-head for their chance at winning the $1,000,000 USD prize pool.

Owen “smooya” Butterfield plays for Chaos Esports Club in the newly founded Counter Strike: Global Offensive league Flashpoint. The highlight of the play-offs was when he uttered a high-pitched war cry – which casters compared to a goat’s scream – when his team took the win in a gut-wrenching CS:GO clutch play against team Made in Brazil.

Smooya yelled “QUE OTA” at the Brazilian team, as you can hear in the above clip, meaning “want another?”, a.k.a “think you can take more?!”. It was a hilarious moment and is exactly the type of banter that this new esports league is looking for.

This huge win certainly had MIBR player Epitácio “TACO” de Melo regretting his confident group swap to pit his team against Chaos. These were his regretful last words before the match:

I would like to swap Cloud9 with Chaos because I want to play against smooya.

Flashpoint is a mature new gaming league that’s been set up by the biggest names in Counter Strike esports to put on a show, something which it’s creators felt has been lacking in the industry.

Flashpoint is all about drama and personality, so it’ll come as no surprise to you that the Creative Director is Duncan “Thorin” Shields, someone who’s known as the “Esports Historian”.

The league has 12 teams with matches now taking place online after Los Angeles’ response to coronavirus. You can catch matches running up until April 19 2020. The winning team in first place is set to take away a whopping $500,000 USD! Here’s the full team list for Flashpoint:

You can find out more about this new CS:GO esports league here, including which teams are founders and what the playoff format looks like.