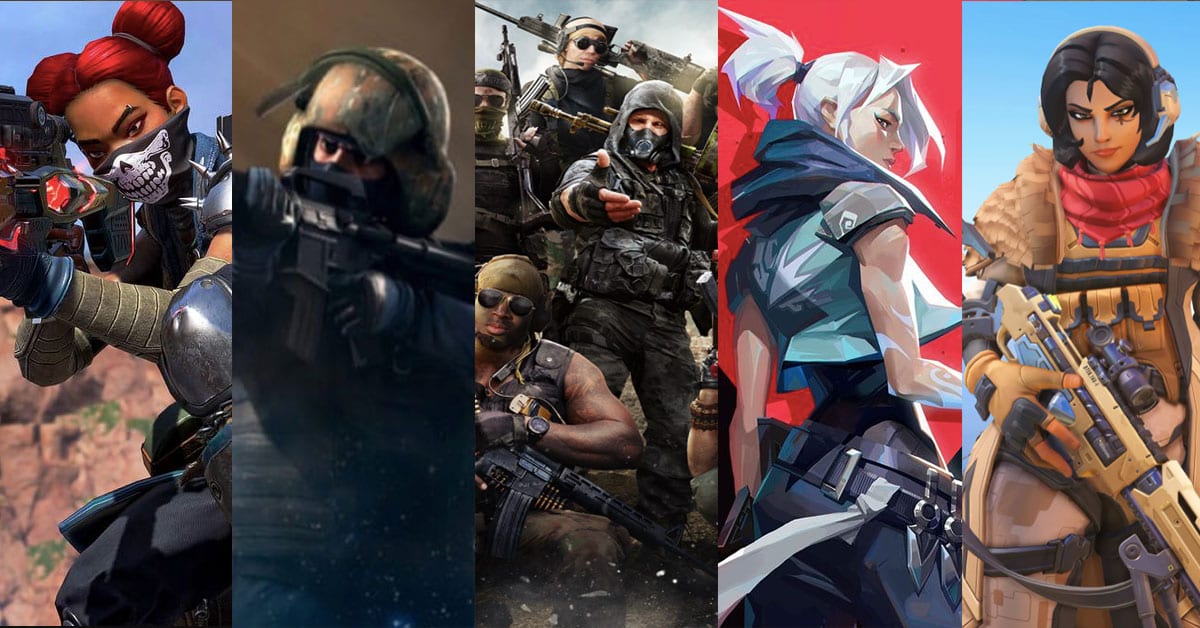 Have you ever had those multiplayer matches where every single enemy seems to be better than you? Of course you have. There’s no shame in admitting that we all get utterly trounced once in a while. There’s a chance that it could just be a fluke. Maybe you’ve just happened to land in a lobby filled with professionals; maybe you’re just having an off day. But if it keeps occurring over and over, there’s a more likely explanation – skill-based matchmaking [SBMM, for short].

Skill-based matchmaking is fairly self-explanatory. It describes a matchmaking system in which an algorithm tries to pair players of similar skill levels in online lobbies. That could be queueing together players of a similar kill/death ratio, score-per-minute, weapon accuracy, or most likely a combination of the lot.

Its main purpose is to ensure that the skill gap between players is never too large. SBMM removes the random element of joining a match where you might steamroll your opponent, or end up on the receiving end of a pummeling. Instead, SBMM is intended to culture a multiplayer experience that’s fun while remaining at least somewhat challenging.

If you’ve played competitive shooters like Counter-Strike: Global Offensive, Valorant, or Rainbow Six Siege, then you’ll already be familiar with a visible form of SBMM.

In these games, players undergo a series of placement matches. Their performance in these matches determines a visible ranking. From there, players are then placed among other gamers of a similar level for competitive matches. Performing well increases the rank badge while poor performance results in a de-rank.

Competitive skill ranking is part of the popularity draw towards skill-based shooters. It’s a way for players to properly test their skills and see the results in real-time.

SBMM is most frustrating for pro players

If SBMM is so popular in competitive scenes, why, then, is it so controversial when implemented into public lobbies?

In the last six months since Black Ops – Cold War released, several professional players have complained that the SBMM algorithm is ruining their fun. Jack ‘CouRage’ Dunlop reckoned that the SBMM curve needed tuning, saying that the game desperately needed a ranked mode. A ranked mode did finally come to Cold War in February 2021.

Other players like Muddawg and Censor concur that they’re having a hard time competing in public Cold War lobbies. While they’re trying to boost their K/D ratios and grind out the weapon skins, they’re finding it hard with opponents of a similar skill level.

Back before Cold War released, OpTic’s Seth ‘Scump’ Abner boldly claimed that “SBMM does not belong in Call of Duty”. They said in their tweet:

“There should be a ranked playlist for people to sweat in. I’m not trying to play Scuf wielding game fuel chugging demons with szn in their PSN on Miami TDM.”

For the best of the best, SBMM is the most frustrating. With their opponents consistently as good as they are (that’s to say: very), these streamers have to always be on their A-game – even in casual public lobbies.

There’s also that argument that skill-based matchmaking results in players rarely feeling as though their skills are improving. Because the algorithm in casual games isn’t visible, players never know exactly where on the scale of good to bad they’ve been placed.

As players improve, they’re then matched with players of their new skill level. The relative challenge will remain similar as they’ve left the lesser skilled opponents behind. Especially when considered over a long period of time, it can be hard for players to feel like they’re improving. The result of this is that the game begins to feel boring and repetitive.

Developers have their reasons for using SBMM

Despite the criticisms, developers stand by the usefulness of SBMM. In an interview last year, Apex Legends developers explained their reasoning behind why SBMM benefits their game [via VG247].

“When we turn skill-based matchmaking off, we see new players come into the game and they turn away much sooner because they’re getting matched with high-tier players and they’re getting stomped.”

Design director Jason McCord sympathises with frustrated players who feel that they often aren’t matched with players of their own skill. He explains that there are often far more variables at play than just ‘skill’ that determine who you’re playing with.

In one example, McCord explains that a platinum-rated person playing in Iowa at 2am might end up getting queued with gamers of predator rank. That’s because there are only so many people playing in that region and at that time interval.

“The options are, we either expand you out and you have a bad ping, you could matchmake with Tokyo or whatever, but you won’t have a good game. Or we can let you sit forever, and then you will never play,” McCord continues.

Respawn stand by that SBMM works mostly as intended, but acknowledge there are times when the algorithm struggles to keep up.

“They all had SBMM.”

Though few Call of Duty developers have ever commented on the matchmaking situation, one employee at Treyarch has shed some light in recent months. Martin Donlon, who works at Treyarch, explained on Twitter that SBMM isn’t something that can just be switched on and off. He says that there are multiple parameters that are all tuned to curate the matchmaking system.

In a previous tweet, Donlon revealed that several legacy CoD titles, like Black Ops 2, Modern Warfare 2, and CoD 4 all had SBMM in one way or another. Though several replies refuse to believe them, Donlon shuts them all down by revealing that they were the one who wrote the code in the first place.

That the implementation was so hard to perceive in earlier CoD titles is a testament to Donlon’s statement that the algorithm is something that can be tweaked. The implementation in Cold War and Warzone may be frustratingly obvious as it currently stands, but some minor tweaking could make the experience much more like the good old days.

Where do you stand on the skill-based matchmaking debate? Let us know across our social channels.