Fan-made inspirations are most of the time, well, inspiring. Fans of long-time franchises such as the ones created by the giants of Nintendo and Sega sometimes outlast their novelty or function and become fully fledged creations in their own right (think Brutal Doom etc.)

With regards to Sega in particular, many Sonic fans have created their own works of video game history inspired by the spiky-haired character. A recent sonic fan game appeared on YouTube. Sega’s response? To keep creating great Sonic content. Check out the fan-led creation below: 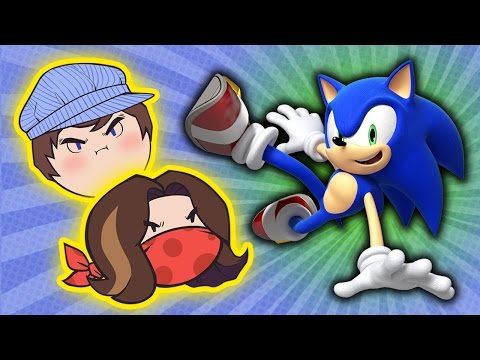 Sega posted a comment on the video through the official Sonic the Hedgehog YouTube channel. They joked:

It was a slight comment on the practice of Nintendo after similar fan-led creations inspired by works of Nintendo appeared on YouTube such as No Mario’s Sky amongst others. Sega have encouraged fans on social media to keep up the good work with Nintendo taking a more legal approach to the proceedings.

On the other hand, Nintendo have taken down a Metroid 2 remake and removed hundreds of fan titles from GameJolt. A seemingly more serious approach than Sega, one that would have surely upset gamers. Fan-made games are a lot of effort and hard work after all.

It’s a strange move from Nintendo who seemed to be the company that would encourage such creativity. After all, it’s creativity and interesting design choices that made their franchises so beloved across the decades. To directly oppose Sega, their competitor, over such an essentially aesthetic issue is something that will make Nintendo appear bitter and corporate.

Still, if you’re a fan of Sonic and want to indulge in fan-made creations, then go ahead. It’s what Sega would want.