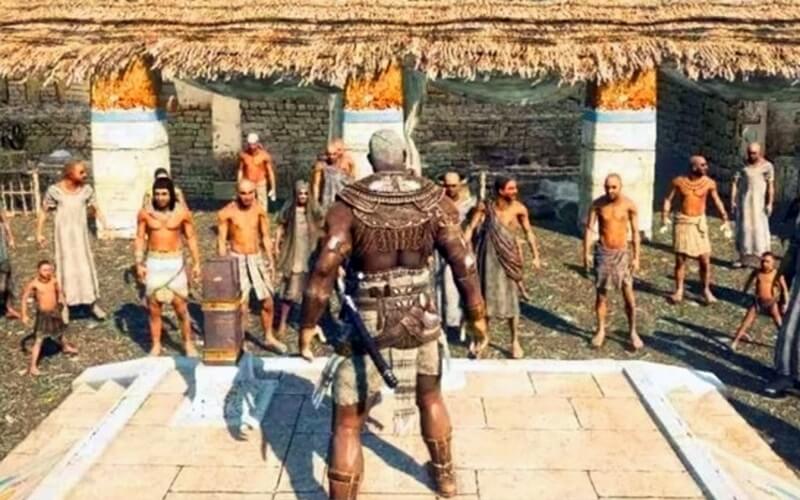 The Assassin’s Creed franchise has been surrounded by various rumors in the past couple of weeks. There have also been several leaks about the game during this period. The first leak came from the Korean Review Board, which indicated that there might be a possible Assassin’s Creed: Ezio Collection.

This leak was soon followed by another when someone from the promotion department leaked this grainy image of the gameplay product. The image contained the collection of Assassin’s Creed II, Assassin’s Creed Brotherhood, Assassin’s Creed Revelations, along with the two movies. The interesting thing is that Ezio was the central character in all the three games and the movies.

Soon after, there came another leak which hinted that a brand new game is coming next year. A member of the development team used 4Chan to reveal some of the details about the game.

Ubisoft, however, didn’t comment on any of the leaks, but it still seems plausible that they are credible. Prior to this, even the details of Assassin’s Creed: Syndicate were leaked before its release and almost every detail about it except the name were accurate.

The latest leak about the brand new game reveals that the game would be set in ancient Egypt and would be called Assassin’s Creed Empire. If this turns out to be true, it would be a great setting as the Assassin’s Creed franchise has a rich tradition based in history.

The game is also set to receive a new hero who is speculated to have been a former slave. The lead character is said to be very calm and composed and doesn’t speak much. He’ll also have an eagle that will help in discovering surroundings and uncovering the map. If this happens, this will be the first time that the game would allow a companion for the hero.

The leak also reveals that Ubisoft is planning a trilogy with this new character, just like Ezio. Ezio was one of the most popular character of the Assassin’s Creed franchise, and Ubisoft might be planning to give their fans an experience of their glorious past with the Assassin’s Creed: Ezio Collection once again.

There have also been reports that the new game will not have any relation to the previous titles and will have a new physics engine and climbing mechanics. The leak also added that the map of the new game would be almost three times larger than Assassin’s Creed IV Black Flag.

The new game also might see a new addition in the form of boat travel. However, the game will not have any naval combat and there will no multiplayer co-op too.

According to the leak, Ubisoft first selected Greece as the setting of their new game but decided to move to Egypt due to map scaling issues. However,  it is possible that we could see Greece as a part of the setting in the next installment. It also mentioned that Ubisoft is focusing on the story of the upcoming game as they plan a trilogy. They’ll surely love to make the new character a legend like Ezio.

Ubisoft has not yet released any comment on these leaks.