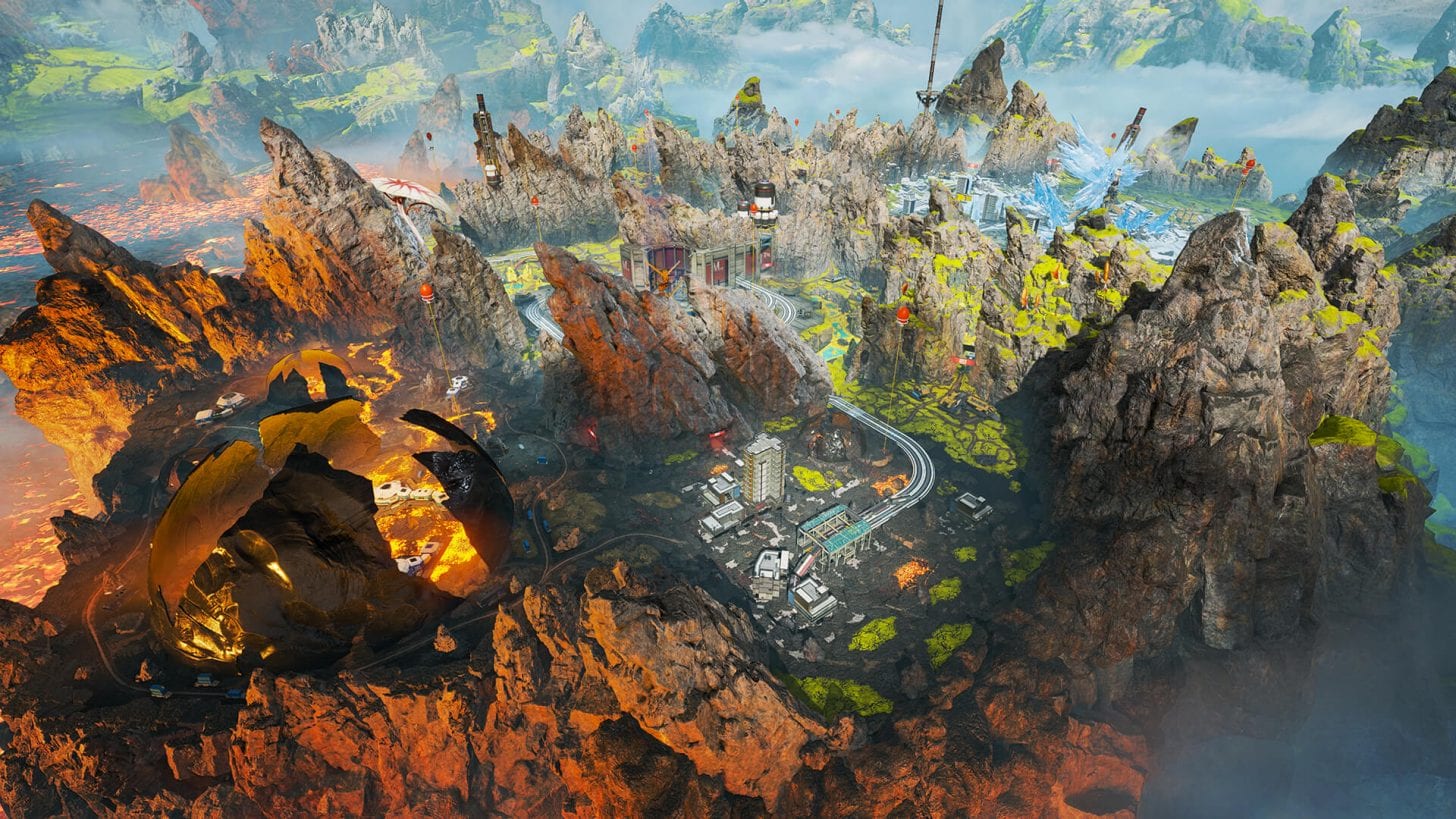 Those diving into Apex Legends this season will be able to experience all three maps in rotation for the first time.

Apex Legends typically only has 2 of its 3 maps in rotation during any of its seasons. Last season we thankfully got a rest from King’s Canyon in favour of both World’s Edge and Olympus. However, a Respawn designer recently announced that during its latest season Emergence, all three maps would be in rotation.

This marks a first for the battle royale that has stuck with two maps since the second’s introduction back in Season 3. However, with the arrival of Olympus in Season 7, there was always going to be some unhappy players as their favourite map was vaulted for an entire season.

THE KING’S EDGE OF OLYMPUS

From the tweet, Osei also confirmed that for the first week of Season 10, World’s Edge would be the only playable map. This is in a bid to familiarise players with the recently “decimated” map design. The rework saw areas like Train Yard and Sorting Factory completely changed, with the introduction of gondolas and expanded lava streams.

I think including all three maps in the rotation is an excellent idea. Flipping back from one to the other can get dull, especially in those longer sessions. So allowing players to go from King’s Canyon to World’s Edge, to Olympus will ensure to keep things fresh.

With the recent introduction of Seer, players can happily experiment with different strategies as the latest recon specialist.

Apex Legends Emergence in all of its map rotating glory launched last night (August 3rd). However, all three maps will be playable from August 10th.

Are you glad that all maps will be included in Season 10? Let us know over on our social channels!

Big Changes Are Coming To Rampart In Apex Legends Season 10

Apex Players Are Crashing A Lot In King’s Canyon Map