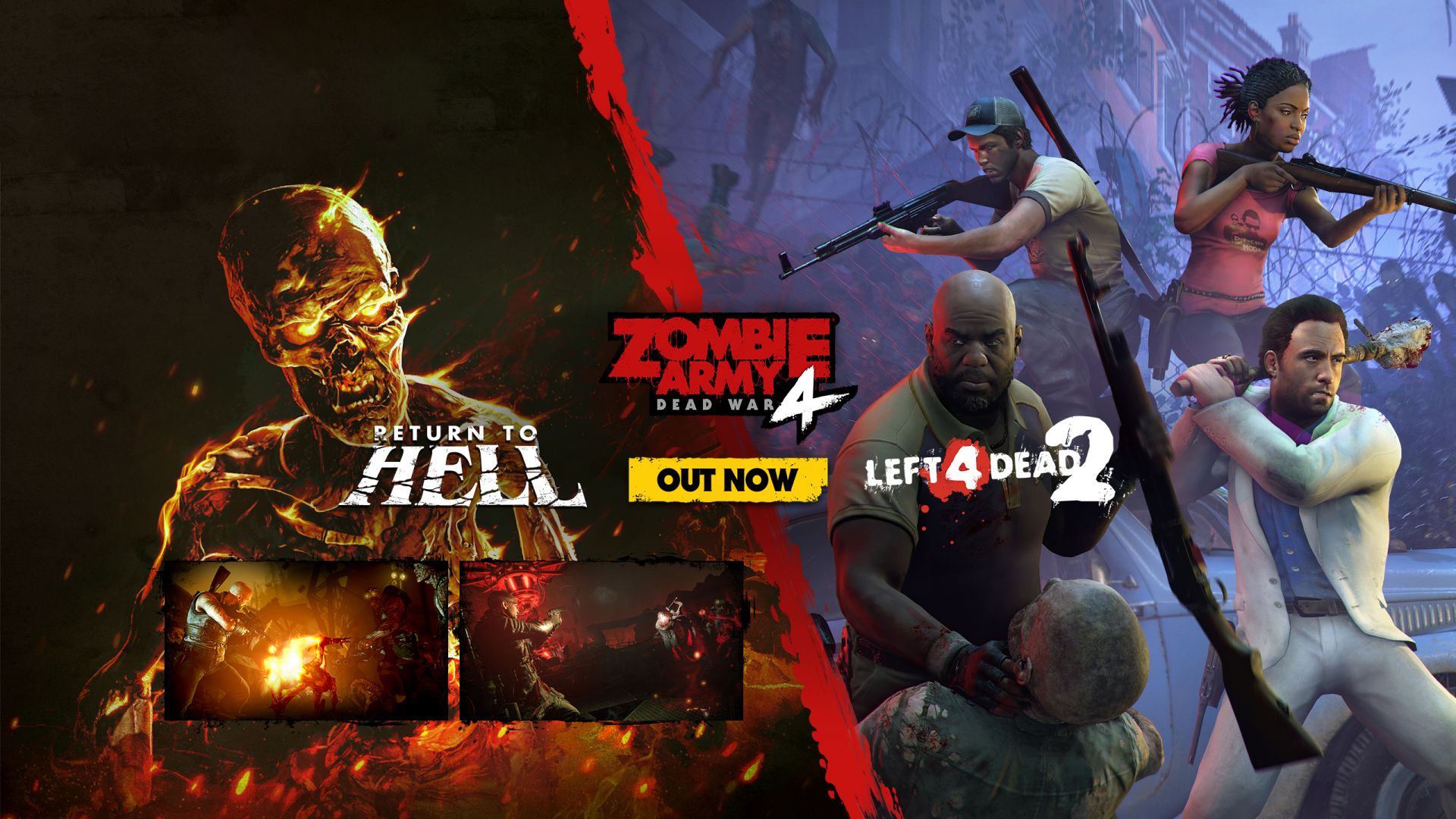 Zombie Army 4 is reaching the end of its post-launch state, with the game receiving its third and final season pass of content. Return to Hell pits you against the undead in satanic hellscapes, in a continuation of its Dead War saga.

The latest DLC will bring a new flare gun, a horror headgear pack, Van Helsing weapon skins and a horror charm pack. All of this content, including the mission, will be paid, however, the playable Left 4 Dead characters will come to players for free.

Coach, Ellis, Rochelle and Nick will face off against the undead once more. And fans of the Left 4 Dead 2 characters can experience their zombie-killing skills from an entirely new perspective.

You can check out the gang in action, and everything else in store for the Return To Hell DLC, in its latest trailer.

This is just the latest crossover from the Left 4 Dead universe. The first game’s characters arrived to take on the undead hordes in a crossover pack earlier in season 3. Bill, Zoey, Francis and Louis were also available for free when they arrived earlier this year.

Zombie Army 4’s latest DLC expansion, Return To Hell, can be bought separately for a relatively low price. The game was also available to PS Plus subscribers back in April. So, if you managed to add it to your library during that time, you can check out the new characters for free.

Zombie Army 4 and Rebellion’s other shooter, Sniper Elite 4, both got recent free next-gen upgrades, so players can enjoy the carnage in up to 60fps.

Zombie Army 4 Return to Hell and its Left 4 Dead 2 character pack is available now. You can pick it up across PlayStation 4, PlayStation 5, Xbox One, Xbox Series X|S, PC and Stadia.

Will you be taking on the undead as your favourite Left4Dead 2 characters? Let us know over on our social channels!