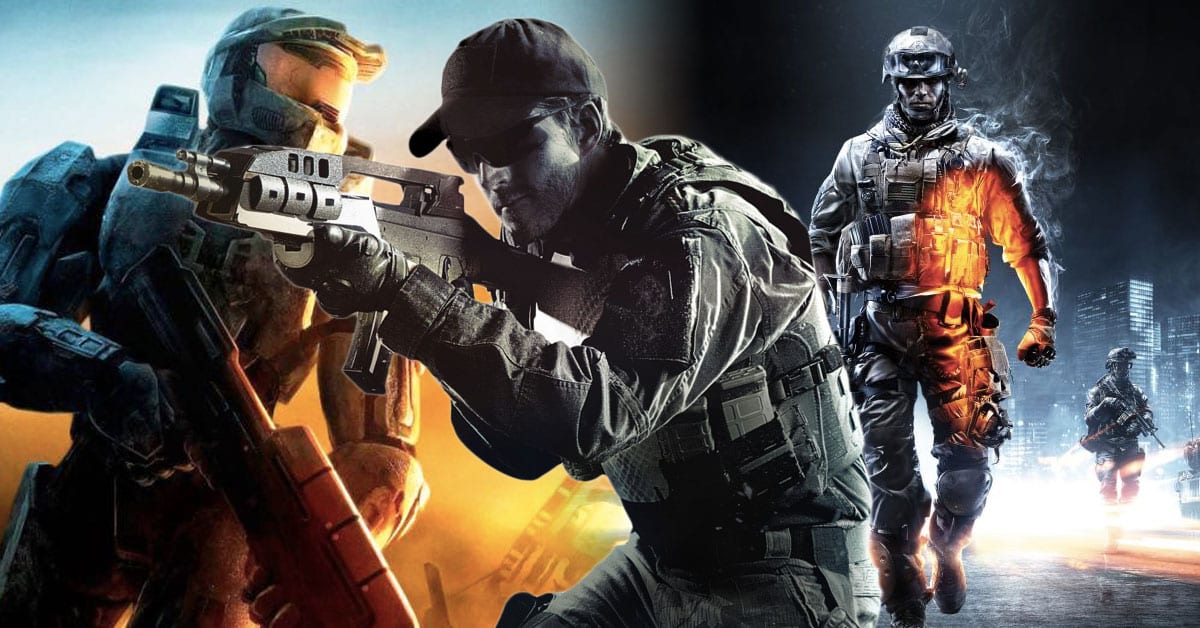 A wise man once said: “If it’s not fun, why bother?”. Games industry icon, Reggie Fils-Aime first said this during the E3 2017 Nintendo Spotlight, and it’s something I’ve been reflecting on significantly recently while playing multiplayer shooters.

Fils-Aime’s whole speech is an ode to the joy that video games can bring us. Other gem quotes include, “… the game is also something else. It’s a journey; a passport to new worlds, maybe even an odyssey,” and, “… in the end if’s not just where you can take your game; it’s where your game can take you.”

It may have all been set-dressing to set up a wicked Super Mario Odyssey trailer, but those words have resonance beyond their marketing schpiel context. They speak to what games are really about – experiences. Memories made and water-cooler moments shared.

Games that can provide those moments are the ones that have always stood out to me. Somehow, it feels as though recent releases have lost that magic sparkle that Fils-Aime seems to know all too well.

Sitting down to play a multiplayer game in 2021 is a vastly different experience from what it was like ten years ago. Take Battlefield, for example. Gone are the long lists of servers in the browser, replaced with simple matchmaking controls bound to the same rotating playlists. There’s no sense of consistent community when all players join the map roulette wheel.

Battlefield ten years ago felt much more personable. DICE gave players the ability to rent their own servers and granted complete control over map and mode rotations, even weapon restrictions and gameplay variables. The result was that there was always a gameplay experience for everyone to enjoy. Feeling some close quarters corridor shooting? ‘24/7 Operation Locker’ servers have your back. Got the bug for all-out warfare with some light teamwork? ‘Best Vanilla CQ Maps’ is there for you.

After a while, you’d find a set of servers that would suit your playstyle and would keep returning to them. That meant you’d start to see the same usernames appear on the scoreboard and small communities began to form. Some of them still exist today.

It’s a shame to see Battlefield move so far away from these community-driven initiatives. Especially given that one of the marketing campaigns for Battlefield 4 focused on the ‘Battlefield Moments’ that only community servers can really deliver.

This ‘hands-off’ approach is what so many modern shooters are lacking these days. Call of Duty manages to get away without community servers given that new content rotates in and out of the game at such a rapid pace. But for a game like Battlefield where new content and balance patches can arrive months apart, that community spirit is what keeps the game alive and, ultimately, makes it fun.

Taking it into our own hands

Some dedicated players are taking this lack of control into their own hands. Earlier this week, we reported on a new mod coming to Battlefield 3 that will introduce Battle Royale to the 2011 shooter.

What makes the mod possible is Venice Unleashed, a set of framework tools that enable modders a great deal of control over Battlefield 3’s game engine. The tools are capable of inventing brand new game modes, building entire new maps, or adding totally new weapons, gadgets and vehicles. It’s a modders paradise for such a beloved shooter.

One of the mods for Battlefield 3 that’s worth highlighting is the Reality Mod. It’s inspired upon a mod for the original Battlefield titles that focused on communication and teamwork.

Watch the trailer below!

By overhauling the gameplay and user interface to better suit their needs, this small group of players have curated an experience that works for them, something that is a rare occurrence in shooters released today.

Fine, you do it

While some developers have taken to holding their games as close to their chest as possible, others seem to understand the importance of trusting players with their own creativity.

Bungie first released Halo Forge as a mode available within Halo 3 in 2007. Since then, it has featured in every mainline Halo release, aside from Halo 3: ODST. The mode essentially operates as a pseudo game development tool – not quite as powerful as a full-blown game engine tool, but more so than a simple map editor.

Using Halo Forge, players can spawn the majority of assets in the games library, ranging from new weapons and vehicles all the way up to buildings. Existing maps can be altered and edited, or entirely new ones can be created on the blank canvas of Forge World. Beyond the physical alteration of environments, Forge also allowed for gameplay variables to be changed, such as player health and damage multipliers, right up to spawn locations and score systems.

If you played Halo 3 and Reach at the time, you’ll know exactly what I’m talking about. Those seemingly endless nights when your squad would spend forever building bases before finally going at each other with the full force of your newly-spawned arsenal. There’d always be that one guy whose base would only be accessible via a hidden teleporter, and another one who’d surround their valuables with kill balls.

It’s gaming experiences like those that stick with me far more than any bog-standard team deathmatch ever could. The kind of games where you’d spend the next day recounting the evening prior and yearning to get back to it again the same day.

Nowadays, multiplayer shooters too often feel like you’re chasing numbers. Just two more matches and I’ll rank up. Just one more headshot and I’ll unlock this weapon skin. Experiences like that have their place, for sure. It’s essentially what the entire concept of Battle Passes are based around, so maybe that’s why uncurated experiences are so rare these days.

With the launch of both Halo Infinite and Battlefield 6 later this year, I can only hope that the development teams will put more of their trust in players. Multiplayer shooters are at their best when they allow you to make your own fun. After all: if it’s not fun, why bother?

Do you still find modern multiplayer shooters as fun as they used to be? Let us know across our social channels.