Sony’s interface video was discovered a couple weeks ago and has been blowing up since. We’ve studied the video and we noticed that when the user purchases a game in the PlayStation Store, they will have the option to download any mode first, either the single-player or multiplayer mode.

The video was leaked as the first-look of the PS4 interface, where a young man is giving us a real-life insight to how simple and innovative the PS4 is going to be. The man is able to watch an uploaded gameplay from a friend, talk to friends instantly, and his friend is also able to download the game from her phone when she is away from home.

A very awesome feature is that users will be able to download games while they are playing games, which is currently not possible on the PS3 if the games being played is online. There is also a kind of play as you go, where users will be able to play the game while the next section is downloading, which again isn’t possible on the PS3 where the game has to download and install first.

A developer of Killzone says, “You’re going to download a chunk of the game, get the menu and first level, and while you’re playing the first level we can start downloading the second in the background, then the third and so on.”

You can check out the video below and tell us what you think of the PS4 interface: 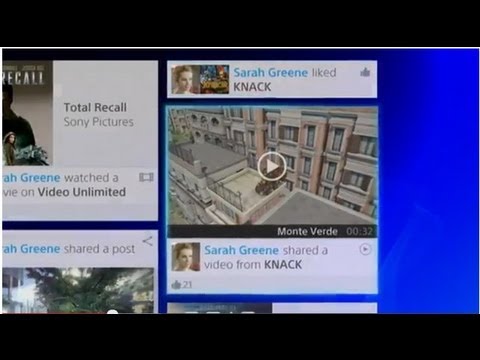