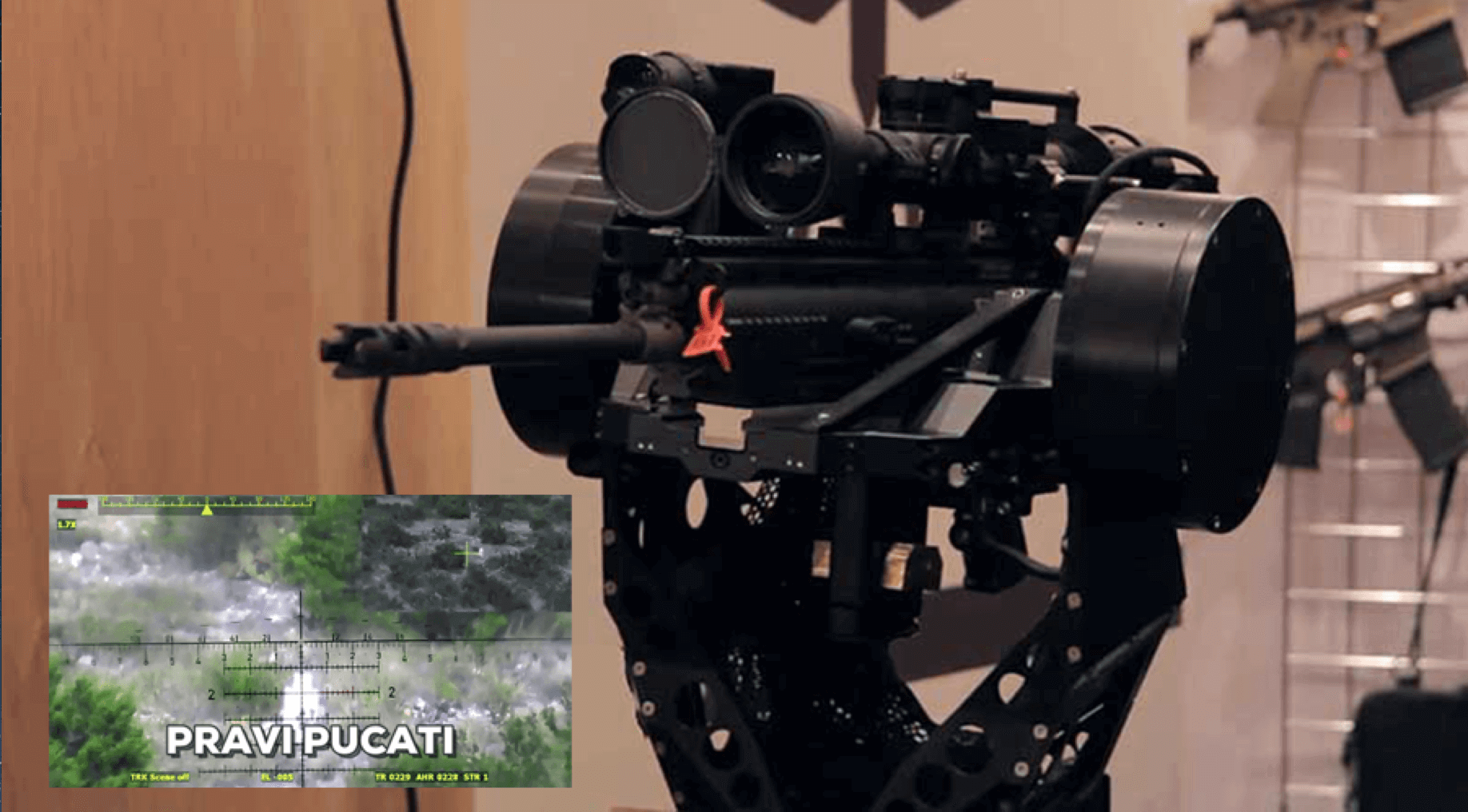 There’s a small town in Serbia called Rabas that most people have never heard of, and never would have, if it wasn’t for a Serbian gaming company called Pravi Pucati and their insane new service that allows you to virtually control an arsenal of weapons and artillery on a shooting range in Serbia via webcam, from your personal computer.

Their name translates from Serbian to English as “Real Shoot” and if anyone ever tries to tell you that video games aren’t realistic, they obviously haven’t heard of Pravi Pucati. We’re used to games where we use a controller to blow things up in a digital world. Virtual reality mixes the digital world and the real world. Pravi Pucati, on the other hand, takes it to the final level by allowing gamers to control real guns via a webcam that streams directly to the player’s monitor.

The company insists that they have safety measures in place, and moderators that have the ability to override any user’s control of the weapons. Pravi Pucati CEO Stojan Božidar says regarding safety,

“There really is no danger, the weapons have a limited range of motion that prevents an online operator from shooting outside of bounds, our technology is physically limited, human moderated, and basically unhackable.“

At the Pravi Pucati compound, they’ve created a number of different “levels” for gamers to experience. Imagine everything from a Fallout-esque dystopian wasteland, or a war-torn cityscape right out of a Call of Duty game, and even a special space-themed arena that opens up when it’s night time in Serbia. They also offer customized experiences for VIPs.

And it’s all controlled right from your laptop, anywhere in the world, in the comfort of your own living room.

They don’t like to go into too much detail about these “custom experiences”, but we have it on good authority that they are reserved for people like Silicon Valley executives, Saudi Princes, Wall Street bankers, and the like. But their regular packages are surprisingly affordable. Just want to log in, fire a few rounds at a target, and get on with your day? It costs about as much as you’ll spend on lunch this week.

We were only able to obtain a brief statement from the company, and it came from the founder and CEO himself, Stojan Božidar (through a translator), who sees his creation as reminiscent of Rapture from Bioshock.

“Why did I make this? Because nobody else did it first. For decades virtual reality has been ‘the next big thing’ but the problem has always been that nobody cares. People don’t want to use a controller to pretend to shoot a gun. People want to use a controller to shoot a real gun at real targets. I have created a world where people can experience true freedom. There is nobody around to say no.” – Stojan Božidar, founder of Pravi Pucati.

We were unable to obtain detailed information regarding weapons systems available, but based on images we have obtained from Pravi Pucati, it appears they are using a heavily modified version of a Paradigm SGP universal weapon mount that has been configured to accept wire controlled input from interchangeable sources.

So why would they set this up in a place with only 150 people such as Rabas, Serbia? Stojan declined to give any further answers, but common sense dictates that if you can find a small enough village, and offer them enough money and new jobs… they’re probably not going to bother you with regulations, safety inspections, any type of liability whatsoever when things go wrong, or any of that other pesky legal stuff that just gets in the way of having a good time.