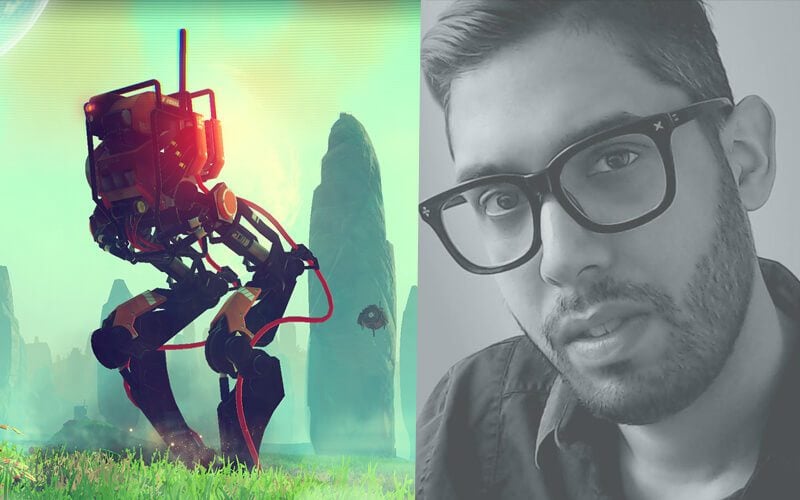 With its release date nearing, we are all getting excited about No Man’s Sky.It has an amazingly big universe which includes over 18 quintillion planets and a provides a great scope to explore all of their flora and faunas.

The developers have already promised a lot in this game and our expectations are really high.

However, not everyone is sold on the concept and some people are wary about the tall claims made by the developers and aren’t really impressed with whatever little they have seen of the game so far.

This includes former Xbox community manager, Raj Patel, who isn’t really fond of the game and stated that whatever he has seen of the game doesn’t really justify the claims made by the developers.

Every gameplay image I’ve seen of No Man’s Sky looks like it could take place on the same planet. ‘Infinite universe’ eh? I don’t see it.

@ItzSynz Yeah, I mean it has potential and COULD be great but from what I’ve SEEN so far, it already seems stale.I haven’t seen the fun.

Patel was then questioned by a fan (probably) if he had seen all of that huge game beforehand to which he replied,

@BlueHeelerKY I’ve seen everything that has been publicly shown. As my tweet indicated I’m commenting on what i’ve seen.

He added further that he hopes there’ll be more to see in the game after launch.

@LoR1975 yeah i still don’t see it. maybe there is more to it that we’ll see post-launch.

It is really confusing why Patel is so pessimistic about such an exciting prospect. No Man’s Sky seems like a great game with all those different planets to be explored.

I’ll still be personally excited no matter whoever says whatever about the game. I’m sure it’ll turn out to be refreshingly exciting upon release but I hope I’m not proven wrong.

No Man’s Sky will release in June on PC, PS4 and Xbox One.