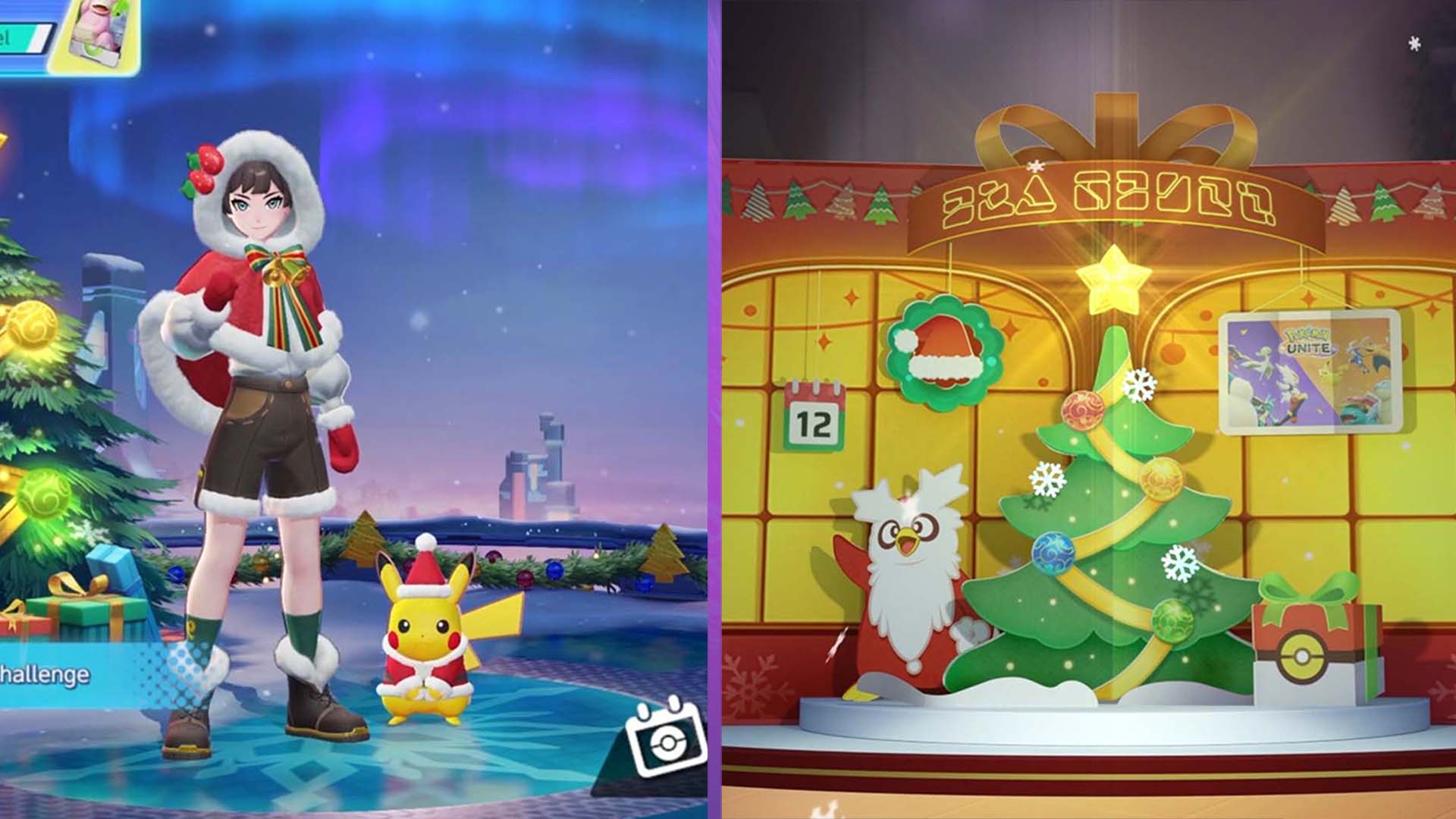 Pokémon Unite, the cutest esports MOBA out there, is getting a delightfully seasonal winter makeover in a brand new update.

Pokémon Unite released earlier this year on Nintendo Switch, much to the adoration of fans. Pitting the loveable pocket monsters against each other in arena based combat, it scratches that League of Legends itch but with a far more wholesome community.

Now, the game is set to see a wintry makeover in celebration of the holiday season. The seasonal event will run from December 15th and conclude on January 16th. Wrap up warm! Let’s go over what players can expect.

First of all, you’ll notice that the arenas have seen a little bit of a facelift for the festive season. Snow now covers plenty of surfaces, and there are holiday themed cosmetics for players to equip on their trainers and Pokémon.

Also coming to Unite in the next month are two new Pokémon, Tsareena and Dragonite. Tsarina is an All-Rounder type Pokémon, which will supposedly offer up new, fun ways for trainers to get tactical in the arena. Players can also redeem a free Unite license for the monster if they log in before December 31st. Dragonite is arriving a little later on December 20th.

A new game mode called ‘Snowball Battle’ is also making its way to Pokémon Unite, taking place in Shivre City. Players will be frozen in place after being tackled by an onslaught of Snowballs, though they’re still able to relay tactical information to teammates.

There’s also a new Illumination Challenge that tasks players with lighting up a tree that appears in the game’s lobby. These lights are earned by completing daily challenges  and missions. These will unlock decorative and fashion items.

Will you be jumping back into Pokémon Unite? Let us know across our social channels.