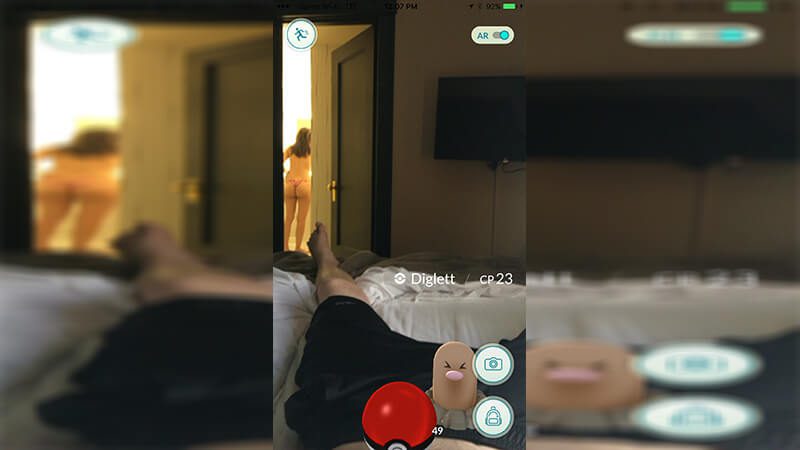 Here’s something a little different – and sort of weird. Apparently, Pokémon Go nudes are now a thing. We’re not sure whether we’re happy, terrified, or amused. Or all three. Why don’t we just let you decide?

Basically, it involves taking raunchy snaps whilst in the augmented-reality mode for the game. It’s probably not your cup of tea – but to each their own, I guess. There’s probably never been a more painfully appropriate moment to simply say the following, though: Childhood? Ruined.

And as if that wasn’t already enough, there’s also a tonne of people sharing similar photos on Tumblr, too. One popular new way to share the snaps, in a more SFW way, can be seen below – involving Diglett. You poor thing.

If you’re really that keen on seeing more, head on over to the subreddit I shared earlier. You’ll find stuff like this – and worse. Don’t say I didn’t warn you…

Some of our favorite female examples: