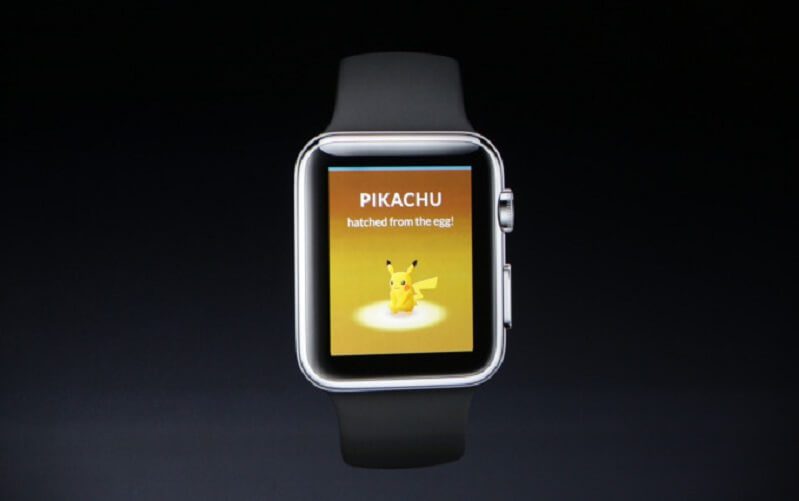 John Hanke, CEO of Niantic Labs, made a stellar appearance during the Apple keynote event and announced that Pokemon Go will come to Apple Watch soon.

He started his presentation by saying, “This morning, we’re really excited to show you something new we’ve been working on. It lets you walk or run while exploring Pokemon Go, while focusing on the world around you.”

The Apple Watch app will show players the distance they’ll be required to walk in order to hatch their eggs. The app will also let players know how much experience points they will need to reach their next level, as well as provide additional information about the fitness of the players.

Pokemon Go has been the downloaded more than 500 million times since its launch, Hanke confirmed that players have walked more than 4.6 billion kilometers while playing the game. The Pokemon Go app for Apple Watch will definitely make the game somewhat easier to access for its players.

The Pokemon Go app for Apple Watch is scheduled to release by the end of this year.