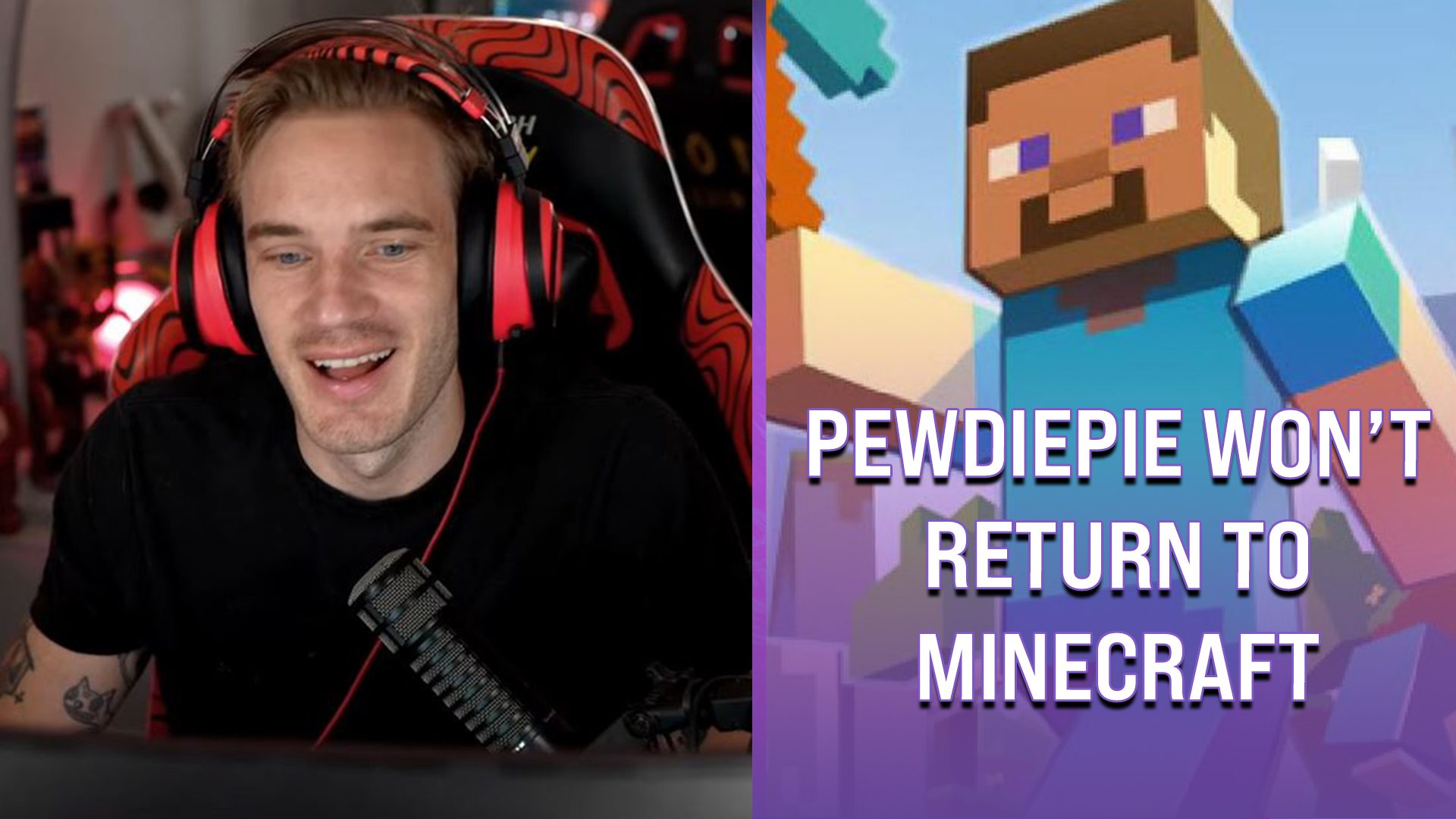 PewDiePie isn’t returning to Minecraft after many hoped for his return, and the streamer is urging fans to “let things go”.

Felix “PewDiePie” Kjellberg has surfed the wave of popularity on Minecraft in recent years. After an extended period of avoiding the game, the streamer has toyed with the idea of returning in a couple of streams. This has caught the attention of many fans, who began requesting the YouTuber to return.

However, PewDiePie isn’t returning to Minecraft, as the Felix took a definitive stance on the matter. He claimed that he didn’t want to play the game forever, and that fans had to “let things go”.

NO MORE MINECRAFT FOR FELIX

In one of his recent meme-reviews, Felix came across a meme making light of his constant back and forth with Minecraft. Felix was joking about the matter as usual, but asked “am I just suppose to play every game forever?”

It’s a fair point to make, as YouTube’s most subscribed content creator has played a wide variety of games across his decade-long career on YouTube. Felix continued:

“Guys, you need to let things go. If you guys weren’t an entity or a person you’d have severe separation anxiety. I can’t make things last forever, I’m sorry.”

Felix then emphasised that he was trying to expand his horizons and try out new things. And with each of his videos surpassing one million views, I’d say that is working out pretty nicely for him. It’s plausible that we might get some return to Minecraft at some point, as Felix tends to play whatever he is interested in in the moment. However, fans shouldn’t expect a more dedicated return to Minecraft.

Would you like to see PewDiePie make his returnt to Minecraft? Or are you happy with the way things are going for the streamer? Let us know over on our social channels!