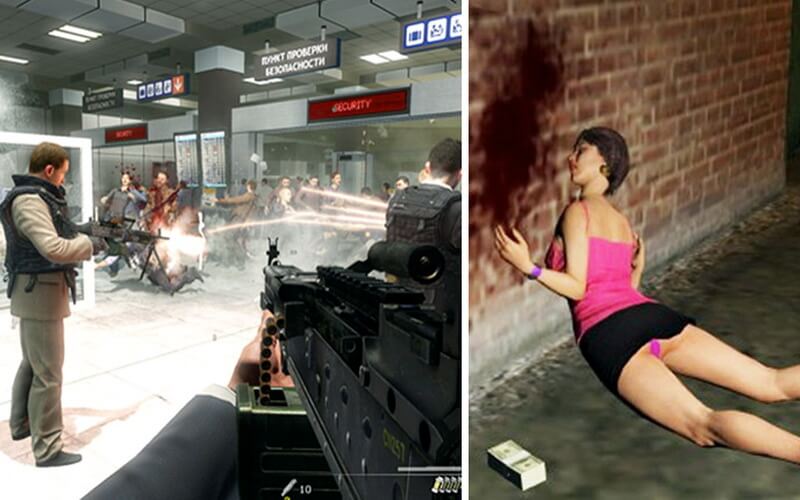 Like many other gamers, you have probably done a variety of things in videogames that would be somewhat frowned upon if done in the real world. Be that hitting chickens, stealing the odd bit of cutlery, or the massacre of an entire town.

However, what if all the atrocities you committed in these games, both mild and otherwise, were subject to the scrutiny of law in the real world?

Well, a recent Reddit thread brought up this very topic, a link to which can be seen here. For your entertainment, a selection of some the responses are shown in this article.

Be warned though, some of them get pretty……strange.

For some reason, this player seemed to have some rather extreme feelings towards prostitutes in Grand Theft Auto V.

“Killing 115 prostitutes in GTA V via shooting, running them over, and dressing up in women’s clothing and beating them to death with a bat.”

This player in Crusader Kings II valued ambition above everything else, including his own family.

“I once smothered my baby girl to death in her crib so that I could inherit her empire and hold it stably.

For context, I was the Grand Prince of Abyssinia (long story), and I had married the young Byzantine Empress, and she died in childbirth, passing the throne to our daughter.

Recognizing that a) My daughter can’t be part of any republic b) the empire was about to explode as a result of this circumstance, I looked at the inheritance: I’m the heir. So, I did what I had to do.

The Empress is dead. Long live the Grand Prince.”

Spec Ops: The Line is known for being a thought provoking game about the true horrors of war. This gamer, however, didn’t seem all that fazed by it.

“Launched white phosphorus on a market full of civilians who were hiding from the war. Take me away, Satan.”

This player in Mass Effect 3 decided that mass murder was the correct course of action. At least it looks like they know most people wouldn’t agree with them.

“I crashed an asteroid into a Mass Relay, killing billions of innocent Batarians. That’s gotta be frowned upon by the law.”

Killing characters in Skyrim is pretty much standard for every player. This player, however, felt the full moral brunt of their actions after they decided to take a shortcut to finish their quest.

“…. I recently murdered two people in Skyrim in their sleep. I did it to harvest they’re blood for that crazy scholar who’s trying to open the big Dwemer box.

I had collected every kind I needed but two, wood elf and dark elf. So far I had collected them all without killing innocent people, but these two species are hard to come by… except as civilians. I wandered for a while, hoping to find a Bosmer hunter or something, but I had been playing for hours and really wanted to be done with the quest.

So I went to the two locations I knew I could find victims and murdered Faendal in Riverwood and some random Dunmer in Windhelm. I’ve never felt so guilty for something I did in a game.”

This Civilisation: Beyond Earth player decided that it wasn’t good enough that they were so much more technologically advanced than others – they had to make sure noone could catch up to them too.

“Probably the time I led Korea to be a scientific powerhouse, leading the world with our technological prowess, and using this knowledge and expertise to build a spaceship with which to colonize the stars.

…and then extensively nuking my own cities so nobody could benefit from the leftovers of my technology after we’d left.

Civilization makes for some interesting stories.”

One Sims player decided to vent the pent up frustration they had for the ex partner.

“Created a Sim that resembled my ex. Made him stand in one place until he peed himself. Took out the ladder in the swimming pool and made him swim around until he drowned.”

I wonder if they made up in the end….

This Euro Truck Simulator player displays quite possibly the most horrific thing seen on this list.

“I drove on the wrong side of the road in euro truck simulator.”

Truly, these are some rather harrowing things (especially that last one). Hopefully though, most of the gamers here were simply exploring the creativty these games could offer, and don’t plan on actually doing any of these things in real life.