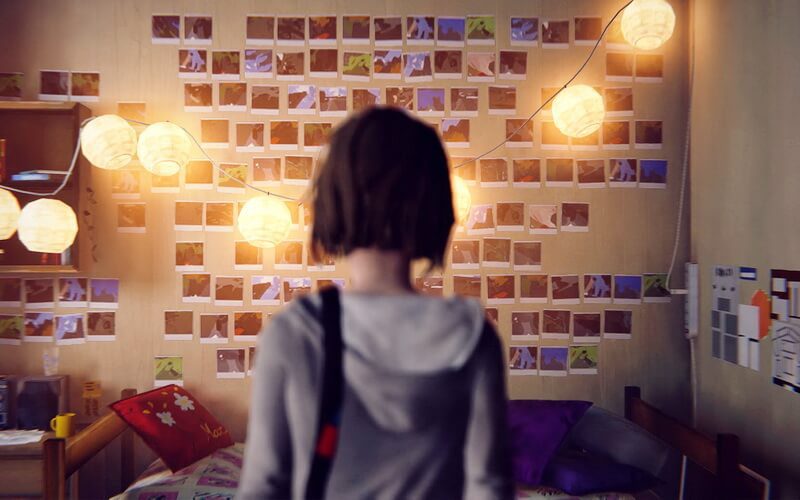 Throughout the years, many of us will likely have completed a vast array of games. Despite what some may say, completing even one game is in itself no small feat;it conveys to ourselves and to others a commitment, an understanding, and an investment in said game.

The experiences and memories we’ve been gifted over the years will stay with us forever – whether you’re soaring through Gerudo Valley on your trusty steed Epona, or soaring through the skies above Reach in an epic space showdown, gaming has taken you places.

For most games though, there will be a point where it all ends, and from that point on you won’t be able to experience that game in the same way ever again. Hence, it is only natural that you desire your final moments with the unknown to be memorable, and worth the time and commitment you have put into the game. We’ve compiled a list of what we believe are some of the best video game endings in recent history (spoilers galore, of course) – check it out. SPOILER ALERT

Portal is likely one of the most innovative and unique games series to ever exist. The concept of simply jumping through different coloured holes to teleport around levels and solve complex puzzles has entertained millions, and Portal 2 is now even considered to be one of the best games of all time. Hilarious and well executed characters make the game a fun and engaging experience the whole way through, and Wheatley in particular comes to mind; he’ll have you in stiches with his sarcastic and witty remarks.

Particularly in terms of the ending, Portal 2 has absolutely massive implications for the shared Portal and Half-Life universe – seeing as Chell “makes up” with GLaDOS and is set free seconds before the game ends. Oh, and GLaDOS sings another song for us at the end, just like in the original, which is neat and pretty funny. Portal. Good laughs all around.

If you were able to find enough patience, determination, and skill to work your way through the danger-ridden Sevastopol space station in what is arguably is one of the best horror games ever made, you already know why this is on the list. Sliding in at number 7, Alien Isolation delivered a tense, thrilling (and terrifying) conclusion. Quite a dew desks, lockers, and vents into the game, events transpire which result in the damaging of the Sevastopol space station’s gravity stabilisers. Running out of time and hope, and against all odds, Ripley makes her way through the xenomorph infested maze and onto the outside of the station.

Fast forward a bit, she’s escaped the xenomorphs, she’s on her ride home, all is well, time to go grab a cuppa and a chat with Verlaine about all the fun you’ve had. About 60 seconds into the ship, and any prospect of a hot beverage and emotional heart to heart are quite literally flushed out the airlock – along with Ripley and her friend, the xenomorph castaway. The game ends with Ripley floating in space as a searchlight crosses her face, awakening her. The tension and excitement of this ending truly isolate it from the rest. Pun intended.

Despite the fact that the originally planned ending to Metal Gear Solid V was never really conceived, the ending we got instead was still worth it, in the end. Mysteries and puzzles followed us throughout the story, with answers seeming just close enough to touch, only too far away to grasp. The best thing about the ending to this game is the shocking revelations and truths revealed to us. The biggest of them all – you aren’t Big Boss.

You’re actually a “clone” of him, a survivor of the chopper crash at the end of Ground Zeroes. Rarely is an ending so exciting and unexpected to the point where it’s hard to predict. The Phantom Pain done a great job at avoiding clichés and pitfalls other developers fall into, and delivered a gripping and engaging ending to an already astounding game.

Back when Bungie made better games, they had a little series called Halo. You’ve probably heard of it. Before they embarked on their journey to pursue a greater destiny, they developed Halo: Reach. A farewell to the fans, if you will, before they split from Microsoft and the development rights were given to 343. Reach was a triumph. In terms of gameplay, visual fidelity, and multiplayer, but especially in terms of story.

A group of six heroic Spartan Supersoldiers are thrown into a massive alien invasion and are pretty much tasked with defending the future of the entire human race. Their situation starts off bad and only gets worse. Dire circumstances drive a moving and emotional experience throughout the entire story, as your allies fall one by one to the Covenant onslaught. Sacrifice, heroism, and bravery are extremely prominent themes in this game, and the ending reflects this in a magnificent and poignant way.

Noble 6, the player, opts to stay on the surface of Reach to ensure the survival of “The Package”,humanities supposed last hope. Shortly after, the lone Spartan has an epic final showdown with the Covenant, and we’re all reduced to sobbing messes in the final death cutscene. Rest in peace, Spartan.

Life is Strange is an emotional and thought provoking journey, with interesting, believable characters that help keep you attached and invested as you drive the plot forward. This attachment is one of the foremost factors in helping the ending achieve a far greater impact upon the player. Play with time like a ball of yarn, watching it unfold into a spiral of chaos and uncertainty as you draw nearer to the supposed annihilation of Arcadia Bay. The game rewards you with snippets of what lies ahead occasionally – a gargantuan hurricane that could probably wipe Arcadia Bay off the game directory. It was always clear we’d have to find some way to save the day, but at what cost? Chloe, your best friend.

Of course, it’s a game about choice, so if you want to doom Arcadia Bay to save Chloe, by all means, go ahead. This is why the attachment you’ll have built up with the characters throughout the game is so important in helping make the ending a memorable one. The magnitude of the implications your choice will have make the ending to Life isStrange one you will likely not forget any time soon.

Hear me out! Grand Theft Auto may seem to many people like simply a mindless murder and theft simulator. That’s expected. It would be a crime, however, to not acknowledge the masterpiece that is Grand Theft Auto V. The story. The soundtrack. The gameplay. The multiplayer. Everything about this game is perfection. Of course, we’re discussing the ending.

What makes it so special, you ask? The ending to GTA V can go one of three ways. Kill Michael, kill Trevor, or save everyone. The former two options are a true testament to just how horribly violent and nightmarish this game can be, with Trevor being set aflame and giving you a dull, sick feeling to your stomach, and Michael being plunged to his death from a high chimney walkway.

Both of these endings are highly regrettable once you realise what you’ve done, and are each of them a sad conclusion, albeit conclusions you’d find hard to forget. The final option though, is an impressive display of just what Rockstar can achieve with only a song and a nice view. After a few loose ends are tied, Michael, Trevor and Franklin are seen standing near the coast, with a beautiful sunset in the background as The Setup by Favoured Nation begins playing. It’s probably one of my personal favourite moments in gaming ever.

Another Rockstar game? Of course. Red Dead Redemption speaks for itself. You form an intense emotional attachment to the main character, John Marston, on his quest for redemption – and his family, of course – by hunting down his old gang. So understandably, after hours and hours of mowing down bandits, cowboys, animals, and suchlike, you will be devastated when only just shortly after finding his family Marston is murdered by the very people he helped hunt down said gang for.

Marston beckons his family to hide as he stands off against a small army of government officials out to kill him. Our final moment with him is a sad one, for we take out as many as we can only to have his body riddled with rifle rounds as he takes his last breath. The game resumes with you playing as his son, and you can even decide to hunt down the man who killed John for a satisfying revenge standoff with him.

And of course, coming in at number one is a game I’m sure many of us have at least heard of. The Playstation exclusive phenomenon is one of the best things to come out of gaming for years, with an array of incredibly well done characters, amazing scenery and locations, and enjoyable intuitive gameplay. Stellar presentation, polish, and plot make this game feel like more of a massive, epic journey than simply what it is, a videogame.

The ending doesn’t fall short of what you’d expect either. The main character, Joel, is faced with the choice of sacrificing a potential cure for the worldwide virus that plagues the human race to save Ellie, or sacrificing Ellie to the Fireflies so they can find it.

Joel goes against what Ellie wants and kills all the Fireflies, escaping with her. Fortunately for Joel, Ellie was unconscious this entire time and he tells her that the Fireflies simply weren’t there. She later asks if he was lying, to which he responds he wasn’t.

The moral issues and philosophies surrounding this ending sparked massive debates in the gaming community, truly emphasising just how much of an impact this ending has had on those who were lucky enough to play the game. That, our connection with the characters, and the absolutely stunning soundtrack by Gustavo Santaolalla, make the ending to The Last of Us one that will stay with us for years to come.