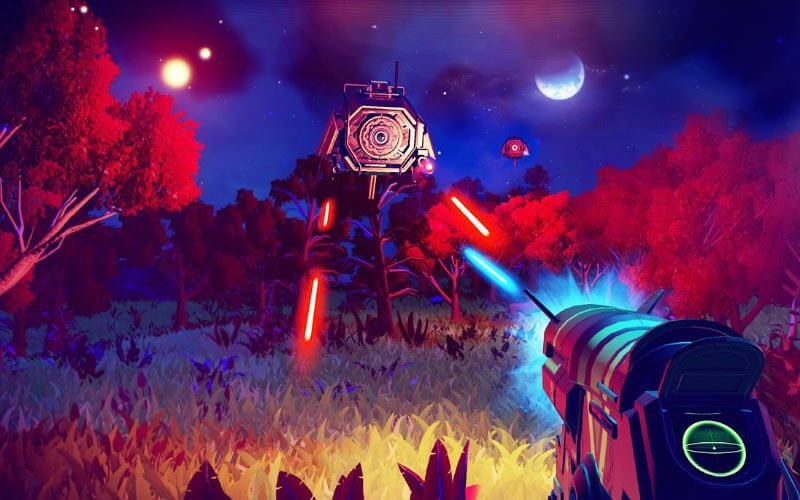 Hello Games have broken their silence and announced a much-needed update for No Man’s Sky this week. The last update of the game, patch 1.09, was released over two months ago.

They said they’ve basically been keeping their heads down since the last update, and working hard on getting this new one out there.

“It won’t be our biggest update, but it is the start of something.” – Hello Games

People have been losing patience and interest, but it’s still the right move to try to make things right. This update is called The Foundation, and they’ll explain why…

Read the full statement below:

This week Hello Games will be releasing an update to No Man’s Sky. We’re calling it The Foundation Update, because we have added the foundations of base building, and also because this is putting in place a foundation for things to come.

Detailed patch notes will follow, and release will be soon.

Coming from five years of intense development, immediately after No Man’s Sky released the team spent six weeks updating the game with 7 patches across both platforms (the last of these was 1.09 on Sept 24th which

you can read about them all here http://www.no-mans-sky.com/log/). These fixed many of the most common or critical bugs and issues post-release.

In the nine weeks since then our small team has been hard at work on development, testing and certification for the Foundation Update. It won’t be our biggest update, but it is the start of something.

The discussion around No Man’s Sky since release has been intense and dramatic. We have been quiet, but we are listening and focusing on improving the game that our team loves and feels so passionately about.

Positive or negative feedback, you have been heard and that will truly help to make this a better game for everyone.

This update will be the first small step in a longer journey. We hope you can join us.

They didn’t really give away many details with this announcement, or what kinds of improvements players can expect, or which issues will be addressed, other than vaguely saying it’s the start of… something. Hey, something is better than nothing.

Here’s their tweet which announced the announcement of the update:

The last update was released back in September and tried to fix the bugs that were creating performance issues. It reminds to be seen what all is going to be included in this new patch, but we’re cautiously optimistic.

Currently the relationship between the developer and the players is not great since No Man’s Sky had a rocky start, and players were upset with the level of communication (or lack thereof), and how  the whole thing was handled in general. Hell hath no fury like a gamer scorned, but at the end of the day we’re all just here to have fun so hopefully this “foundation of something” ends up taking things in the right direction.