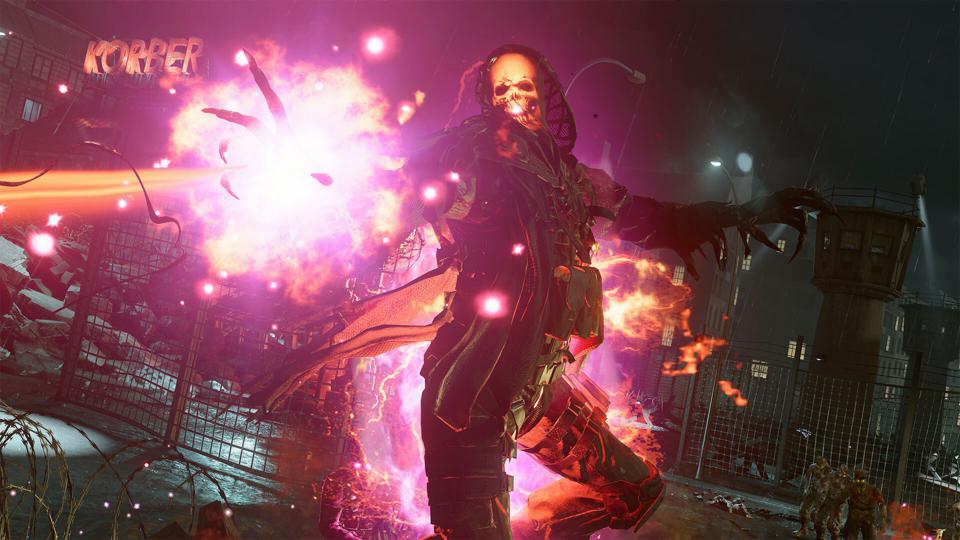 Set in the streets of Berlin, this will be the third zombies map to arrive in Cold War since it launched last November. It’s arriving as part of the mid-season update for Call of Duty Season 4.

This action packed map will have you zipping across 1980’s Berlin under the cover of darkness. There are dank alleyways and neon rooftops to explore. In the trailer, you can spot a number of zip wires which look to transport you from rooftop to rooftop. They should make for a stylish getaway from the zombie horde.

Looking beneath the surface, there appears to be a tunnel network that links up with the Berlin subway. A previous trailer for Season 4 teased that these subways networks would have working trains. It’s unclear whether they’ll work as a fast travel system or as a method of wiping out zombies. Either option sounds good to me.

Blast from the past

Despite the name of the map looking similar to that of the classic ‘Kino Der Toten’, it doesn’t seem like Mauer Der Toten will have any crossover. ‘Kino’ translates to ‘Theatre’ from German, where ‘Mauer’ translates to ‘Wall’. That’s assumedly in reference to the Berlin wall which still stood in the 1980’s where this map takes place.

Alongside the new map, there’s a brand new Wonder Weapon coming to the game. The CRBR-S looks to be an incredibly futuristic sidearm that can be pack-a-punched into four different variants.

The Mule Kick perk also makes its debut in Cold War, finally allowing players to equip a third weapon while wiping out as many zombies as possible.

The update is set to drop on 15th July. Hopefully, we’ll see some updates come to the multiplayer and Warzone at the same time.

Recently, there have been rumours that a standalone Call of Duty Zombies game could be in the works. Activsion is yet to announce anything official, however.

Will you be jumping onto Mauer Der Toten next week? Let us know across our social channels.