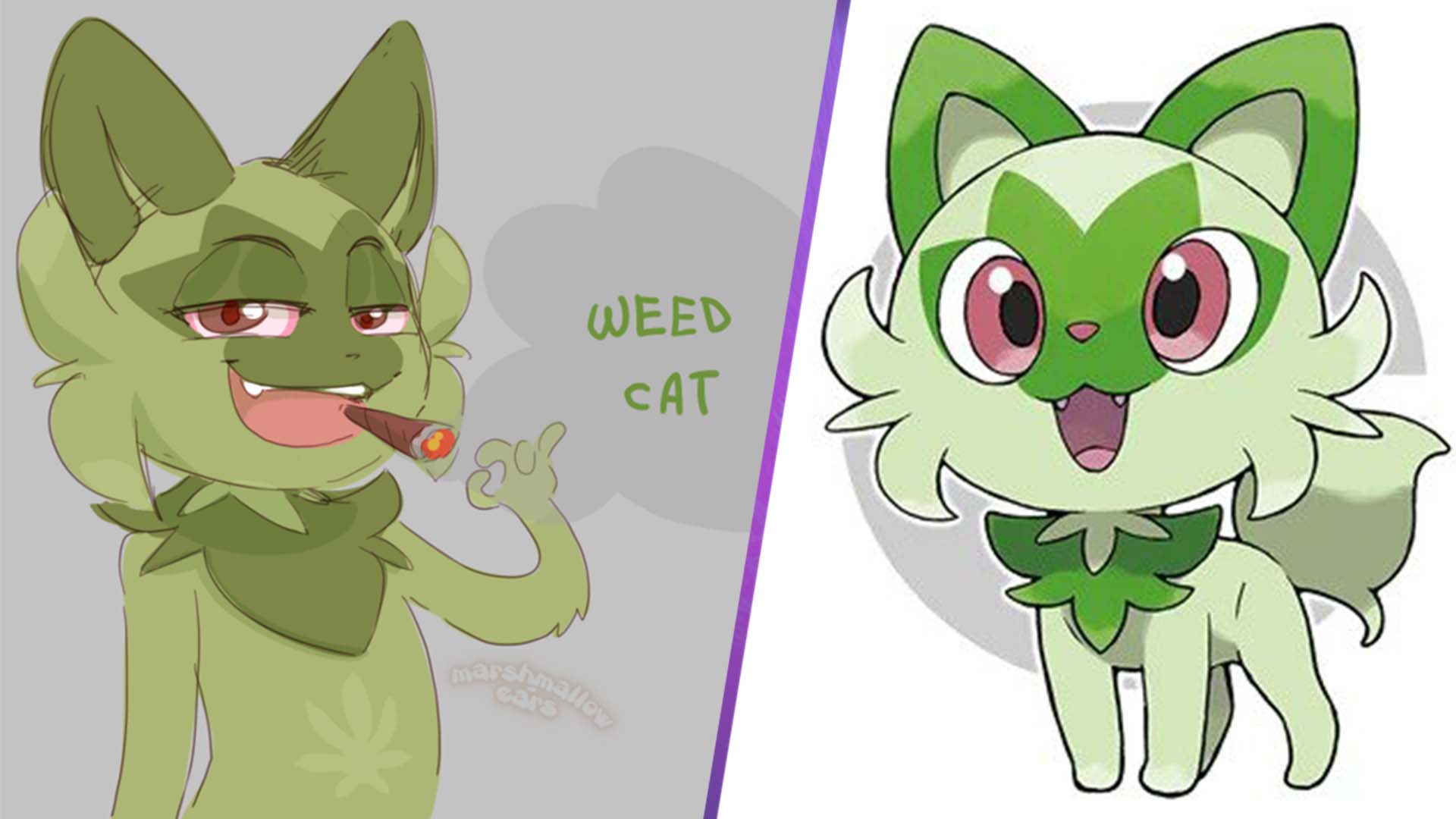 The new Pokemon Sprigatito, now known as ‘weed cat’, has already become a meme after it was revealed in a new trailer for the next Pokemon games.

Sprigatito is the new Grass-type starter Pokemon in the new games, Pokemon Scarlet and Pokemon Violet. The ninth generation of Pokemon games was revealed in a Pokemon Presents video recently, and promises open-world exploration with new Pokemon to find.

And now the leafy cat Pokemon has earned its own knowyourmeme.com page, mainly because people think it looks like the leaf symbol used to reference marijuana. Naturally, the internet is as creative as ever.

Images emerged depicting Sprigatito smoking weed, because of course they did. And all kinds of other memes have been circulating with the new starter Pokemon too.

It’s fair to say the starter designs have grown on people pretty quickly. Initially, some people weren’t sure about the new trio, but now more people seem to be on board with their designs.

The other starter Pokemon, Fuecoco and Quaxly, have also been doing the rounds online. Fuecoco is a fire crocodile, while Quaxly is a water-type duck. The latter has been compared to Donald Duck, sparking Kingdom Hearts references among others.

But it’s the weed cat who seems to be the butt of the most jokes online. And it’s no surprise really – anything related to weed is usually instantly turned into a meme on the internet, for better or for worse.

What do you think of Sprigatito weed cat in Pokemon? Which starter design do you like most in Scarlet and Violet? Let us know on social media!