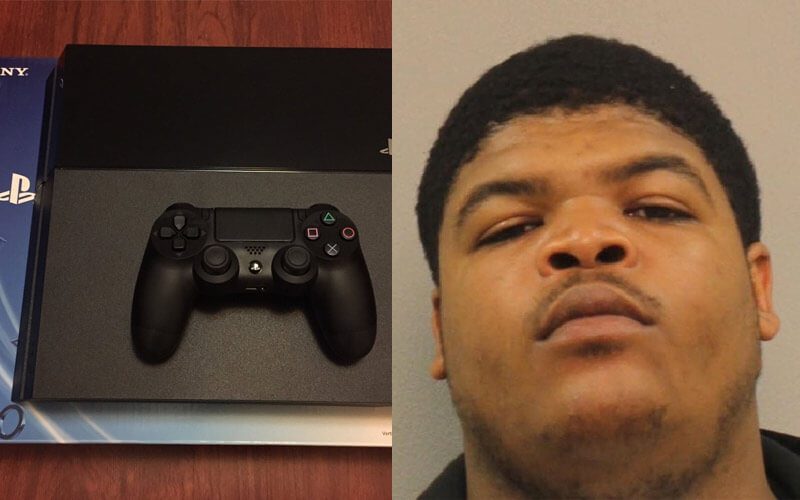 All would-be Playstation thieves, please stop reading this article right now and close the window. We don’t need you learning from this smooth criminal’s mistake…

A Nashville man returned home from a vacation to realize that his apartment had been broken into. If your home has ever been burglarized, you know what a creepy feeling it is.

What’s worse, the guy was missing two televisions, his laptop, a variety of other smaller things, and his beloved Playstation 4. He was probably so excited to get home from his trip and spend the day recovering from jet-lag and throwing down on PSN, but the bad guy who stole his stuff had other plans.

Thankfully, not too much later, a notification popped up on the victim’s cellphone to let him know that his PS4 had just connected to WiFi. This revelation obviously meant that the PS4 was still within WiFi distance of his router, so he called the police.

He had a strong suspicion that it was his neighbor across the hall that broke into his apartment while he was gone, and stole all of his stuff. For starters, his neighbor knew he was going to be away and that he’d have full access to the apartment, and secondly the victim probably just got sketchy vibes from the neighbor. In any case, the police paid a visit and found the stolen PS4 sitting there next to a bag of weed. The televisions and other electronics had already been pawned.

The thief is facing charges of Aggravated Burglary and for Possession of a Controlled Substance.

The victim was reunited with his beloved PS4. They say if you love your console you’ve got to let it go, and if it returns to you then you made the right pick in the console wars. Speaking of console wars, they might be over really soon.