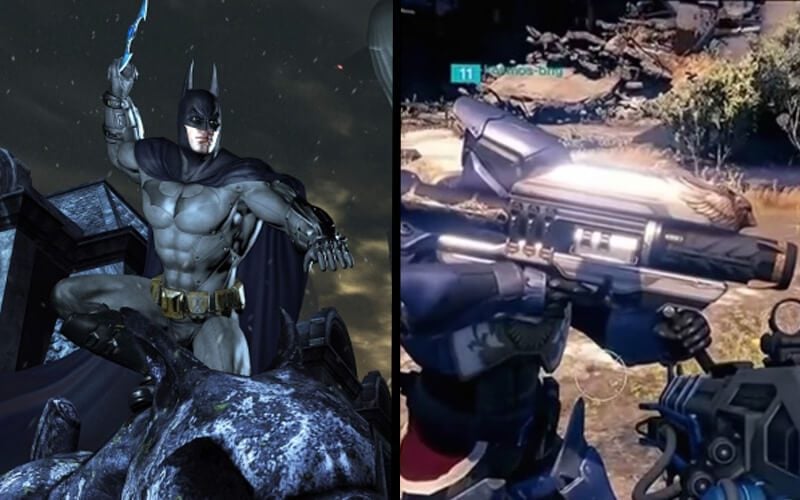 Lets face it, weapons are cool. It doesn’t matter if it’s a gun, a sword or a bow, they all kick some serious arse. While we’re not ignoring the potential dangers of weapons, we’ll be weighing up the finest tools of destruction video games has to offer, again.

Here’s our pick of the most badass weapons in video games, part 2.

There’s nothing that would make a thug say ‘holy heart failure!’ faster than getting thwarted in the face with one of these beauties. POW!

A staple item of the Dark Knight’s arsenal of non-lethal weapons and gadgets, the Batarang is a thrown shuriken (ninja star) type weapon, shaped like a bat, obviously. It’s like Batman’s rule of thumb. Unfortunately, the Batarang is commonly neglected, which is surprising as it holds many uses in both combat and otherwise.

The Batarang also comes in different forms such as the remote control Batarang, used to get precision shots on bad guys faces or navigating through vents to get those pesky Riddler trophies.

Of course there are plenty of other gadgets that the caped crusader owns that could be classed as more badass, however the Batarang is his signature weapon, you could even go as far to say that it’s his calling card. Still not sure how it’s non-lethal though, it looks like it could sever an artery pretty easily.

If you were one of “those” that spammed the living hell out of prox mines while playing split screen, I hope your save file in Fallout 4 gets corrupted. I bet you accused the other person of ‘screen cheating’ when you got killed too didn’t you?

A sure fire way to induce a fratricide, proximity mines were a ‘throw and forget’ kind of weapon, just for some unfortunate soul to walk around the corner, trigger one and be greeted with a face full of fiery death. It’s annoying, sure, but it doesn’t take anything away from the overwhelming power and the sense of dread that flooded your body when your opponent quietly chuckled to themselves as they picked them up. 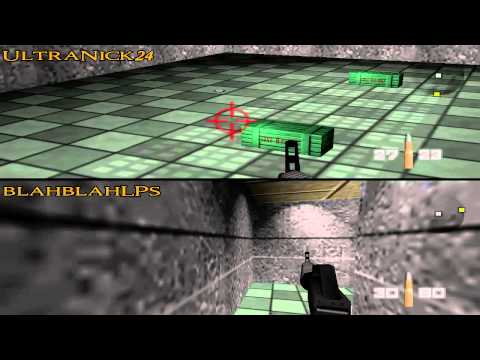 It was a close tie between the shotgun and the BFG, but due to its popularity with gamers and the fact the shotgun can’t result in accidental suicide, the shotgun pulled through.

Is there anything cooler than a shotgun? Devastating power at close range that usually ends up with your enemies entrails spewed over the floor, coupled with the epic cocking sound when you chamber another shell?

No? Didn’t think so. The shotgun is the go-to gun when it comes to massacring those alien bastards and not only has it proved its effectiveness in battle, it’s also deeply satisfying.

Shotguns are cool in almost every video game, some other worthy mentions would be the Spas-12 and Model 1887 (akimbo, obviously, you need to get that cool spinning animation) from Modern Warfare 2. However, the Doom shotgun is the classic, it’s the one.

If there’s ever been a weapon that truly takes the piss when it comes to size, it’s the Buster Sword.

First appearing in Final Fantasy VII and still making appearances, the Buster Sword is a huge yet simple blade. The trademark weapon of Buster Strife, it’s sure to have your foes shaking in their boots due to the sheer size of it. Roughly five/six feet long, the Buster Sword boasts a base power of 18 and a 96% accuracy. I wouldn’t want to be on the receiving end of this blade.

The Buster Sword has become an iconic weapon and almost the face of Final Fantasy games and has even made an appearance in Just Cause 3, which was released late last year.

So in a game that, simply put, is about killing people for sport purposes, you’d expect the majority of weapons to kick some serious arse. You wouldn’t be wrong.

This may be more a personal preference over anything, but there’s something about the sheer brutality of the flak cannon that, for me, makes it the best weapon in the game. Like most of the guns in UT, the Flak Cannon has two fire modes, the primary being in the style of a shotgun, firing large pellet like projectiles at your unfortunate enemies that rips them to pieces. The secondary fires a small mortar, catch someone in the blast radius and you’ll see the meaning of gib.

Named after a horn associated with the Norse god Heimdallr, the Gjallarhorn will turn you from n00b to one man army.

We’re talking about the glory days here, the weapon actually got a nerf following year two of destiny. Back in year one, if someone on the enemy team owned one of these, you pretty much had to accept defeat.

It’s a rocket launcher that has seven upgrade slots (like the base damage of 155 wasn’t enough). In addition to this, a detonated rocket will split into tracking cluster missiles that will target other players near the initial explosion. You can upgrade these tracking missiles to wolfpack rounds, that can instantly kill an undamaged opponent.

Luckily, the Gjallarhorn is an exotic weapon, meaning the drop rate is very, very rare and requires plenty of grinding. Also, it’s classed as a heavy weapon so in order to use it in the crucible you’ll have to get your hands on some heavy ammo. Check out the true destructive force below, if you’ve been lucky enough not to experience it first hand. 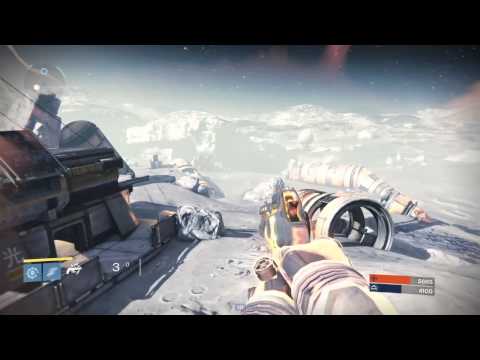 This was our list of badass weapons in video games, have we missed one you think should be worthy of this list? Let us know, and stick around for part 3!

Not enough destruction for your liking? Check out some other explosive articles from us –

7 Pieces of Videogame Equipment That Will Get You Killed

The Most Badass Weapons Part 1