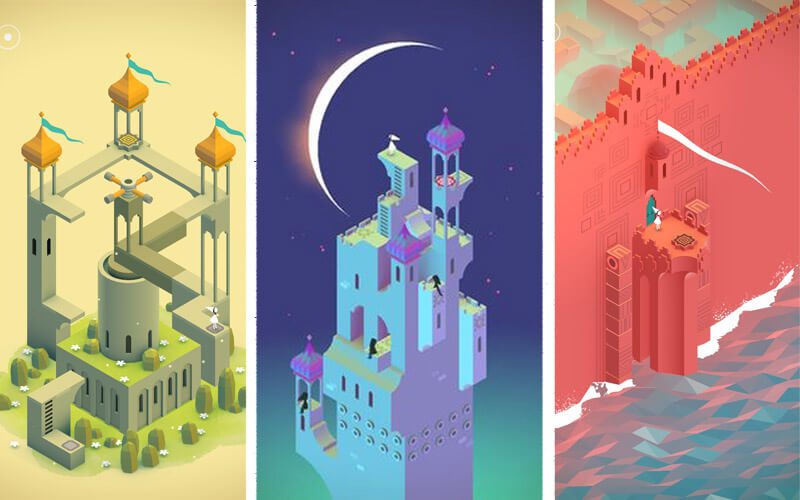 Can a video game, for all it teaches us about strategy, storytelling and using our thumbs, teach us about human relationships? Is it possible for the video game to not only cover interesting topics like history, politics and fantasy, but also prompt a player to reflect on his or her personal capacity for creativity, communication, or even compassion? The videogame creators, ustwo, tried for exactly that in their thought-provoking mobile game “Monument Valley.”

The game includes serene music, beautiful colors, and cryptic messages. With these traits and only a few others, Monument Valley creates an utterly engaging game environment and storyline. The game has a few similarities to other puzzle games, but not many. It starts with a Princess who must re-define her surroundings to proceed with her journey. With this minimal output, ustwo developers have maximum buy-in from players, evident by the numerous awards won, including Pocket Gamer Awards 2015 Best Overall Game.

But this game’s overall goal is something very different from the usual quest based story, or even the usual puzzle game. The developers intentionally used storytelling to build a game that does not involve collecting, destroying, or even creating. Instead, “interaction,” “forgiveness” and “friendship” are the key components of the game… 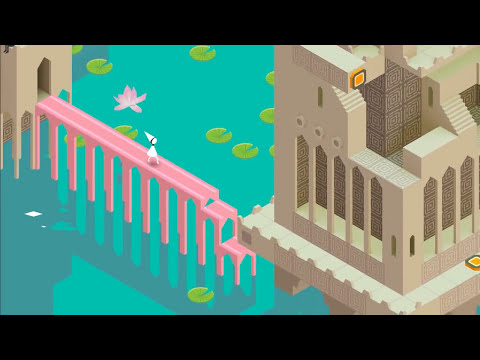 Part of how the game developers engage players in these key components is game play that is part of the story, rather than a means to an end. Each level of Monument Valley becomes increasingly complex in geometry, music and characters. This pressures the player into learning flexible and creative thinking patterns to accomplish each level’s goal and feel oh so rewarded when you, as Princess Ida, reveal a glowing gem underneath your hat and progress to the next challenge. Thus, with each growing challenge, you as a person explore your own ability to adapt and explore flexible thinking in a most delightful way.

At one point, you will start to encounter others in these mystical monuments you are silently exploring. These characters are not silent, but will caw at you (obnoxiously) if you draw near. Sometimes, they even block the Princess’s path as she moves to achieve her goal.

Surely, Princess Ida is not the only one with this problem in her life. So how is this gameplay particularity teaching us anything other than frustration? Soon Princess Ida discovers a way around these noisy crows, without a fight and without tears. Sometimes you even get a little encouragement from a fellow character, Ghost, to lead with an open heart.

Then there’s Totem (affectionately known as Totey). Who doesn’t love him? But really, who is he? He serves quite a purpose, after being rescued from the depths of a well by Ida, and indeed, the game could not go on unless you use your tall, cheery block friend.

So, we know he is a ‘who’ rather than an ‘it’ (I assume male in this instance). But we do not know where he came from or indeed what his goal is, except that he constantly seems to be there for Ida. By the end of the game, that blockhead is more important to you than any astromech droid could be.

Then, there’s that scene (you know which one) and your heart breaks. Friendship has entered the gameplay experience in a way unlike any other sidekick: Totem is generous and supportive, without any thought to reciprocity other than just being with Ida. This may be the most poignant point Monument Valley teaches players.

Just as intended, Monument Valley does bring forgiveness, and also compassion and flexibility to the gameplay experience.

As Princess Ida achieves without destruction or debt, players can truly learn more about interacting with our world, whether there are impossible architectures or not.

This article was written and submitted by Adrienne Canino.